The political history of modern Punjab has been marked with mergers of different parties, pre-election alliances and post-election coalitions. These alliances are generally based on common minimum programmes in the manifestoes and dictated by the need of the political parties to defend the alliances rather than nurture respective party ideologies. 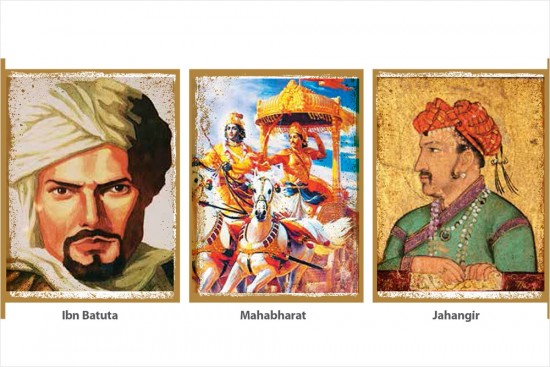 India is the largest democracy in the world, a feat we can be proud of as, for over seven decades, it has kept true to the promise of having an elected government at the Centre and in the states.  The people’s mandate is reflected in the fair elections conducted as required under the Constitution of India. All efforts are made to encourage large participation of all eligible voters.

Punjab ranks among the top states in the country on many socio-economic parameters. People of Punjab elect their government very wisely, as seen during past elections.

The first known mention of the word ‘Punjab’ is in the writings of Ibn Batuta, who visited the region in the fourteenth century. The name came into wider use in the second half of the sixteenth century as indicated by a book “Tarikh-e-Sher Shah Suri” written in 1580, describing the construction of a fort by ‘Sher Khan of Punjab’.

References of ‘Punjab’ can also be found in volume one of “Ain-e-Akbari”, written by Abul Fazal, where ‘Punjab’ describes the territory that includes the provinces of Lahore and Multan. Similarly, the second volume of “Ain-e-Akbari” has a chapter with the word ‘Panjnad’ in its title. 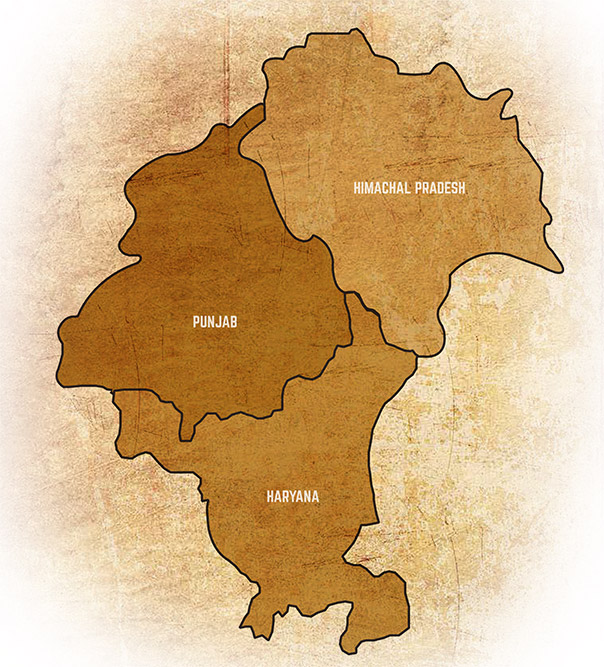 The first mention of the Sanskrit equivalent of ‘Punjab’ is found in the great Indian epic, The Mahabharata, where it is described as ‘Pancha-nada’, which means ‘country of five rivers’.  Mughal king Jahangir also mentions, in “Tuzk-i-Janhageeri”, the word ‘Panjab’, derived from Persian and introduced by the Turk conquerors of India, again referring to the five (panj) “waters” (ab) - rivers Jhelum, Chenab, Ravi, Sutlej, and Beas - that flow through the region, making its land very fertile.

Due to abundant water resources, Punjab was not only the granary of British India but continues to be the country’s food bowl since the Green Revolution in the mid-1960s.

Punjab is one of the most ancient civilizations in the world with a distinguished culture. Punjabi language has its origins in the Indo-European family of languages, which includes Persian and Latin. A land of ethnic and religious diversity, it is the birthplace of a number of religious movements. Some of the prominent ones include Sikhism, Buddhism and many Sufi schools of thought in Islam.

The Indian state of Punjab was created in 1947 after partition, when the former British government split the large province of Punjab between India and Pakistan. The Muslim-dominated western region of the province became Pakistan’s Punjab province, while the Sikh dominated eastern region became India’s Punjab state. The partition was marked by one of the largest and most disturbing intercommunal riots as many Sikhs and Hindus tried to flee to India, and many Muslims opted to relocate to Pakistan. Several small Punjabi princely states, including Patiala, became part of Indian Punjab during this period.

In 1950, the region under Punjab was further split and reorganized to form two states and one union territory. The newly formed Punjab included the former Raj province of Punjab, while the princely states of Patiala, Nabha, Jind, Kapurthala, Malerkotla, Faridkot and Kalsia were combined into a new state called the Patiala and East Punjab States Union (PEPSU). Himachal Pradesh was created as a union territory by combining several princely states and the Kangra District.

History Of Elections In Punjab

The Punjab province was a key battleground during the 1946 Indian provincial elections. The Punjab province had a slight Muslim majority population, and local politics had been dominated by the secular Unionist Party and its long-time leader Sikandar Hayat Khan. The Unionists had built a formidable power base in the Punjab countryside due to their policies of patronage, allowing them to retain the loyalty of landlords and pirs who exerted significant local influence. The Muslim League was keen to represent the Muslim vote, for which it needed to win over majority of the seats held by the Unionists. Following the death of Sir Sikander in 1942, the Muslim League intensified its campaign in both rural and urban Punjab to avoid a repeat of their dismal showing in the 1937 elections.

To stop the Muslim League from forming the government in Punjab, the Indian National Congress and the  Shiromani Akali Dal extended support to the Unionist Party led by Malik Khizar Hayat Tiwana. A coalition government consisting of the Congress, Unionist Party and the Akalis was formed in Punjab. Opposing the decision to partition India, Tiwana resigned on March 2, 1947.

The Punjab Legislative Assembly came into being in 1952, when the first elections were held under the Constitution. Initially the Punjab State Legislature was a Bicameral House. The Upper House, Legislative Council of Punjab, was abolished on January 1, 1970. Thus, the Legislature of Punjab was transformed into a Unicameral Legislature.

The number of members in the Punjab Vidhan Sabha has been varying from time to time. Upon reorganization of the state in 1966, the number of members was reduced to 87 from 154, but later,  after the general elections in 1967, it was increased to 104. At present, the Assembly has 117 members.

Punjab has 23 Districts with a total of 22 cities and 157 towns. There are 13 Municipal Corporations, 98 Municipal Councils, and 57 Nagar Panchayats looking after the local administration. Total population of Punjab is currently around 2.8 crore, with 1.99 crore eligible voters.

The political history of modern Punjab has been marked by mergers of different parties, pre-election alliances and post-election coalitions. Pre-election electoral alliances are a more recent phenomenon, sometimes necessitating last minute seat adjustments. While the mergers have seen parties offering a competing support base (Congress and Akalis) coming together, the post-election coalition and pre-election alliance have been among parties drawing upon sectional interests. The Shiromani Akali Dal (SAD), which had an electoral alliance with the Bharatiya Janata Party (BJP) for two decades, severed ties with the saffron party over the issue of three contentious farm laws and forged an alliance with the Bahujan Samaj Party (BSP). Its winning streak over, the BSP has been forging alliances as per its needs. There are also fringe groups, which sprout from time to time and position themselves vis-à-vis the main groups, to play the role of spoilers in the elections.

The political alliances are generally formed based on common minimum programmes in their manifestoes dictated by the need to defend the alliances rather than nurture respective party ideologies. For instance, the BJP, when it was in alliance with the Akali Dal, found it difficult to make the Anti-Terrorist Act, POTA, a main election issue, since the Akalis were at the receiving end of state repression in the early ‘90s. As for the Akalis, because of the alliance with the BJP, they had not been able to revive their anti-Centre political plank. Similarly, the Congress found it difficult to talk about economic liberalization, as it had to take into account the sensitivities of its main ally the Communist Party of India (CPI), which has campaigned against the WTO’s global trade regime. The implications of these situations can be better understood in the context of the politics that has led to these alliances.

Punjab has one of the oldest and richest cultures of the world. Its diversity and uniqueness are evident in Punjabi poetry, philosophy, spirituality, education, artistry, music, cuisine, science, technology, military warfare, architecture, traditions, values and history. The compassion and high spiritedness exhibited in the lifestyle of people of Punjab (Punjabis) is hard to miss. While the Punjabis are known for their strong determination, their culture presents a multi-hued heritage of ancient civilizations. Punjab’s political, economic, and cultural make-up has thus shaped and nurtured regional aspirations and electoral articulation.