Reporter’s Diary: How I Was Attacked While Covering Farmers' Protest

Police brutality on protesters and journalists during the farmers’ agitation reveal a deep malaise—of a rampant lack of accountability in the system. 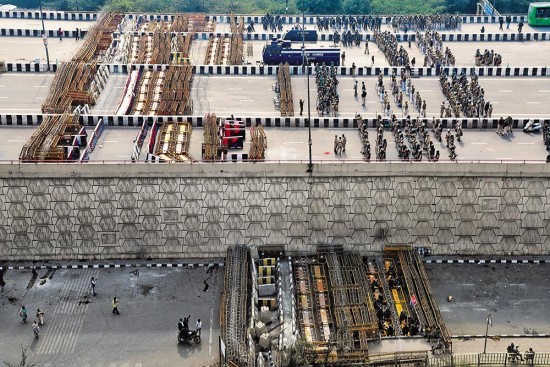 It was a chilly night on January 30. I was there to report on a mob att­a­ck on farmers at the Singhu border, which had taken place the day before. Suddenly, I found myself being dragged to the lock-up by police. They were beating me with batons all along the way. Shortly after my arrest, a video of “police atrocity on a journalist” went viral on social media.

It was not the first time during the movement that journalists had to endure lathi blows, tear-gas shells and manhandling. Many journalists had to face such treatm­e­nt from the men in khaki. There are many people who try to defend the aggression meted out by police on protestors during the movement, with loaded words like “law and ord­er”. It is true that one of the central features of democracy is upholding of the rule of law. However, it often exists as a gov­erning principle on official papers, whi­le the ground rea­lity is completely diffe­r­ent.