Home National
To The Point

Rich India, Poor Nation: Why We Are Formed Of A Paradox

Here’s looking back at our surreal contrasts—the broken bridge between our dollar millionaires and poor millions, between our food sufficiency and farm suicides. Our I-Day package. 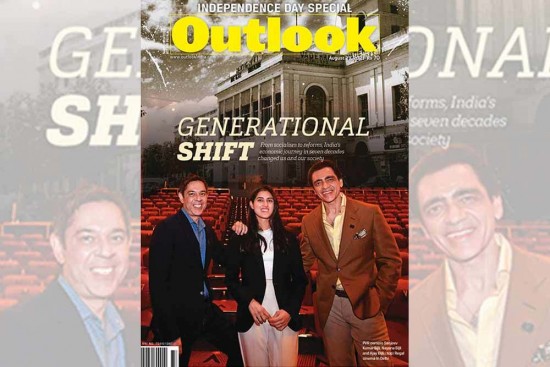 India reaches another milestone in a couple of days—its 74th birthday—and much like our performance in the just-concluded Olympics, the nation’s journey has been a mix of highs and lows. We have in the past seven decades ­experienced soaring successes such as Neeraj Chopra’s golden feat in Tokyo, and our collective spirits have scaled newer heights from time to time, as with Mirabai Chanu’s power-packed lift that got her the silver. Alongside the ecstasy, there have been heartbreaks too, best showcased by the national women’s hockey team. They played ­valiantly and bested more fancied teams. But just when they seemed poised for a ­podium finish, they lost. Our hearts sank.

But India trudges along. Undaunted. ­Undeterred. Undoubtedly, we have come a long way from that magical moment at the stroke of midnight when our tryst with destiny came to fruition and India awoke as a nation, while much of the world was asleep. It held out a lot of promise and our perennially poor nation embarked on an independent course to chart its future. However, we surged and stumbled in equal measure.

For one, incomes have risen and the wealthy have grown wealthier. India has ­always been the home to a phenomenal ­degree of human enterprise, and we are witness to, among other things, start-ups that have seen their worth balloon over one billion dollars in double quick time. Though not exactly developed, we are not underdeveloped either, having built roads, dams, industrial plants and whatever you may think of. Known for our brains—with Indians in demand in the most cutting-edge sectors across the world—we have brawn as well. Though not as powerful perhaps as our bullying neighbour China, we can no more be wished away as pushovers. Indians are proud that they employ one of the world’s largest armies and are a nuclear power.

Still, we remain an overwhelmingly poor nation. What painfully blights our belief in ‘Saare Jahan Se Accha Hindustan ­Hamara’ is the depravity and despair that sweep this large country. India is a surreal contrast. It claims better connectivity with 1.1 billion mobile phone connections. The Sensex keeps rising at a scorching pace and wealth creation has become our latest credo. And yet, millions struggle for one square meal a day. The sweeping advancements we made, including those headlining space missions, haven’t helped bridge the divide and the rich-poor gulf is now starker than ever before. Inequalities have widened too. If unity in diversity has been our guiding principle, it’s been tested increasingly these days. We have been at each other’s throats over a range of subjects—food, culture, religious beliefs et al. Just days earlier, police of one state gunned down police of a neighbouring state over a territorial dispute. Amid talks of shrinking space for rights and dissent, there is no paucity of proof that we have become polarised and possibly hate each other like never before.

India, truly, is as much a land of dichotomies as it is for ­diversity. In this Independence Day special issue, Outlook tra­ces its tumultuous journey by looking at how we have fared—for better or for worse—over the past decades which witnessed the nation discard socialism to embrace reforms. Nothing encap­sulates the chaotic and often uncertain course we have traversed better than in agriculture, one of the key sectors that most Indians are dependent on. From an impor­ter of food, we are now bracketed among the world’s top 10 grain exporters. The benefits of the boom haven’t percolated down, though. Many farmers are unable to provide for themselves and their families. Farm suicides driven by penury have bec­ome a dreadful reality. “The health of farming has ­improved, not the financial health of the farmers,” says an ­expert. That underscores almost everything else in India.

(This appeared in the print edition as "Rich India, Poor Nation")

Shop Till You Drop: When Indian Consumers Were Set Free

Group Farming Is The Way Forward For Indian Croppers

Digital India: How India Is Adopting And Adapting To The Brave New World

Bollywood Newsreel: The Story Of Indian Movies, From B&W Masterpieces To OTT Boom