Ask DMK about rationalism…and also about raising a son, politically. There’s a Stalin in the story, and also a Gandhi. 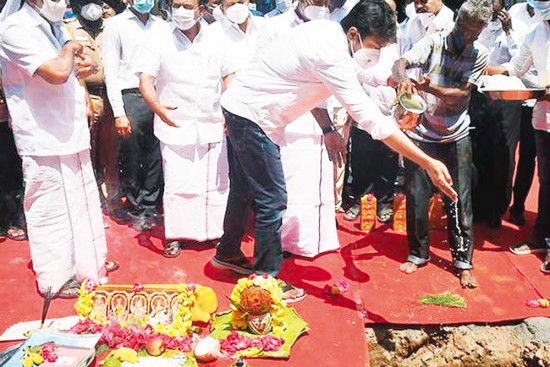 Grooming an heir apparent is one portion of the story, marketing him assiduously is the more important part. And the DMK is a past master at this art. So, no wonder, Udhayanidhi Stalin, the son of chief minister M.K. Stalin, was the guest of honour when the foundation stone was laid for new tenements of the Slum Clearance Board in Chennai. The function was at Vyasarpadi, away from Udhayanidhi’s constituency.

The local MLA, also a minister, was present. As was another minister who heads the board. But the pride of place was given to the younger Stalin who was the first to shower flower petals during the Bhoomi Pooja. Eyebrows were raised about his presence at the function and the importance given to him, while the more sentimental wondered how he could participate in a pooja wearing his footwear.