State Terror, Armed Forces And The Story Behind Removal Of 'Draupadi' From DU Syllabus

Dopdi Mejhen’s cry of dissent against state power fortified by patriarchy has unsettled many in the last 44 years. Delhi University’s BA syllabus will be immeasurably poorer without it. 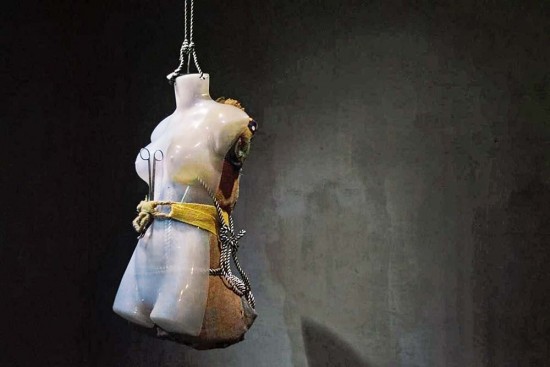 Sabitri Heisnam discarded her clothes, one by one, facing a ‘military officer’. It was April 14, 2000. The final scene of an hour-long play, Draupadi, being premiered at an auditorium in Imphal, Manipur. Fifty-four-year-old Heisman was playing the protagonist, Draupadi (or Dopdi) Mejhen, who had been subjected to sexual torture in the custody of the armed forces. The audience was taken by shock and awe as Heisnam stood stark naked after flinging her last cover, the lower garment phanek, on the general.

Another show was staged six days later and that was the end of it for Kalakshetra Manipur’s Draupadi in Manipur, at least till 2014. The play’s director, Kanhailal Heisnam, and his wife, actor Sabitri Heisnam, found themselves at the receiving end of widespread criticism and condemnation from Manipur’s mainstream media and civil society, including feminist groups, for the use of nudity as a mode of protest against sexual violence.