Sufism Prevails In Guru Nanak's Islam, No Place for Mullah Or Qazi

In spite of its limitations, Guru Nanak loved the Sufi way of life. Good deeds, truth and good actions were paths to God 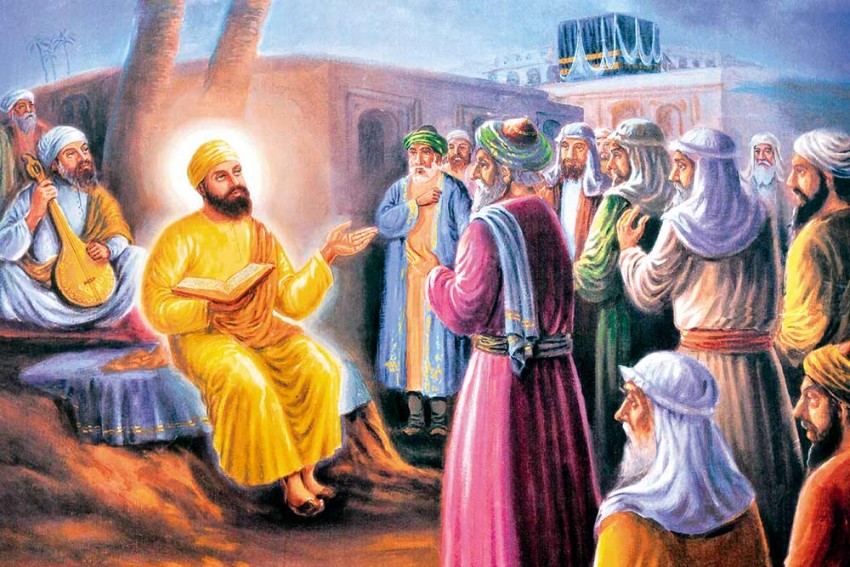 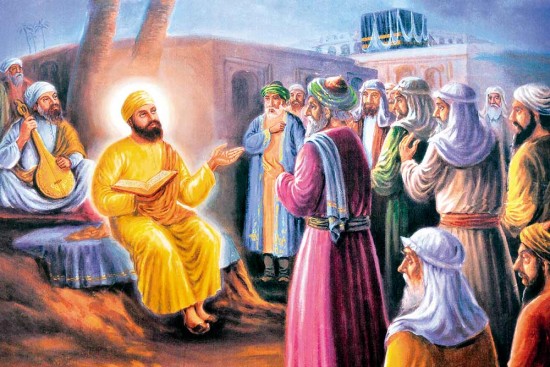 With the advent of Turkish rule in north-western India in the early 11th century, Muslims began to settle in the region. To their increasing numbers were added the local converts. By the time of Guru Nanak (1469-1539), Muslims had become the most visible section of the social order in Punjab. They consisted mainly of the orthodox Sunnis, represented by the ulama (mullas and qazis) who upheld the Islamic law (shariat), and the various orders of the mystics of Islam (the Sufis) who represented a parallel interpretation of religious beliefs and practices. Guru Nanak came into close contact with Islam during his 10-year stay in Sultanpur, and later at several places during his travels. He brackets Islam with the major religious systems of India in the early 16th century.

The recently published Shri Guru Granth Sahib: Teachings for Muslims contains over 30 extracts from Guru Nanak’s compositions. The editor, Nanak Singh Nishtar, says in his introduction that the Sikh gurus respected Islamic beliefs and practices, and presented them to Muslims as the teachings of Islam. They told Muslims to become good Muslims, as they told Hindus to become good Hindus. This raises two issues: Guru Nanak’s fami­liarity with the beliefs and practices of contem­porary Musalmans, and his assessment of Islam.

Guru Nanak talks of God in His primal state bef­ore creation. For millions upon millions of years, there was only darkness—neither the earth nor the sky, but only the limitless Divine Ordinance, and the Creator was absorbed in unbroken trance. None other than the Only Lord was there; there was no Brahma, Vishnu or Mahesh. There was no mulla and no qazi, no shaikh and no haji; there were no Vedas, and there was no Quran. Significantly, there is no mention of Allah. In anot­her composition, Guru Nanak equates Allah with Aad Purkh. In other words, Islamic monotheism was close to Guru Nanak’s own conception of God. 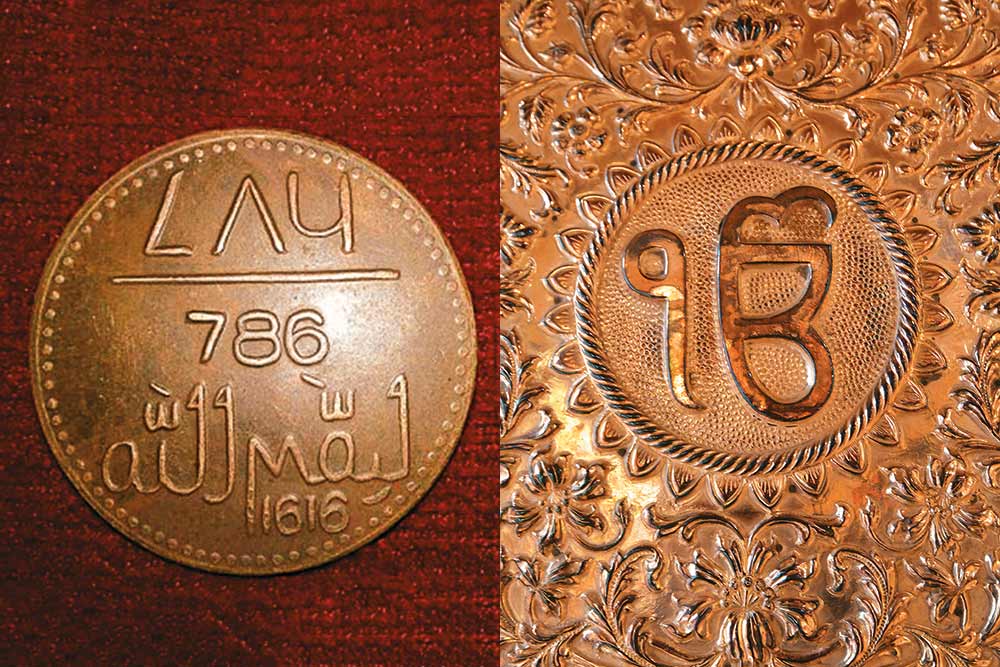 By creating the universe, God revealed many of His attributes. In terms familiar to Musalmans, Guru Nanak says: “Baba! Allah is inscrutable, He is boundless; His abode is holy and His are the holy names; He is the true sustainer. His Ordinance (hukam) cannot be comprehended; it cannot be des­cribed adequately; not even a hundred poets coming together can describe the smallest fraction of it. All hear and talk about Him, but none really appreciates His worth. There are pirs, paighambars, saliks, sadiqs, faqirs and shahids; there are shaikhs, qazis, mullas and dervishes—all adore Him through their prayers (durud), in the hope of blessings (barakat). But Allah does not consult anyone when He makes or unmakes, or when He gives or takes away; He alone knows His power (qudrat); He alone is the doer. He watches everyone and bestows His grace on whomsoever He wills.” In another composition, the term Maulah (Master) is used for Allah. Maulah is the great Creator who has made the universe beautiful and green.

Nothing is more important than one’s firm allegiance to God. The earthly achievements have little ­importance. To be a king, with forts and armies, was futile if one were to forget God. Guru Nanak says he would not forget God even if blood-sucking rulers were placed over his head. Conversely, for Guru Nanak, the Divine Name was his ­rulership and army.

Guru Nanak tells the mulla and the qazi to remember that they will die one day, and therefore, remember God all the time. Their ­meticulous observance of five daily prayers, recitation of the Quran, study of the sacred texts, telling the beads, fasting in the month of Ramzan and pilgrimage to Mecca would not prolong their lives. The call from the grave could come any time.

Guru Nanak also makes critical comments on some practices of Musalmans. The best known is the comment on the custom of burial: “The Musalman’s dust may be kneaded after burial to make vessels and bricks. It wails in flames, the poor earth cries, and burning ­cinders fall over it.” Guru Nanak says that only God who created the universe knows what would happen to a human being after death. In this verse, Guru Nanak seems to underline that neither burial nor ­cremation was important for a ­genuinely religious life.

Guru Nanak lays great stress on ethics. There are many statements on ethical living as indispensable for the attainment of liberation. Also, there are some statements addre­ssed directly to Musalmans: “If blood-stained cloth is regarded as impure, how can the mind of the one who sucks human blood remain pure?” “A Musalman should make compassion his mosque, sincerity his prayer-mat, honest earning his Quran, modesty his circumcision, and noble conduct his fast. A true Musalman should make good deeds his Kaba, truth his guide, good actions his kalima and namaz, and what pleases God his rosary.” 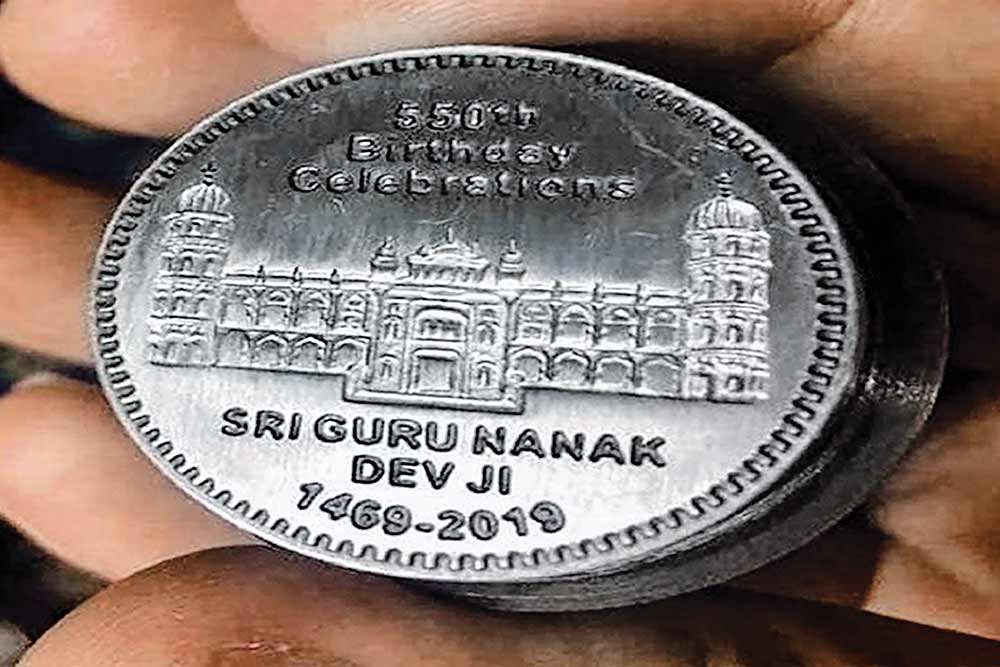 Guru Nanak’s preference for Sufi Islam over that of the mulla and the qazi is quite clear: “The Musalmans praise the shariat; they read and ponder; but only those are His true servants who become His slaves to see his face.” To see God face to face, or exp­erience God, is a Sufi idea. In fact, the basic relationship between God and human beings in the eyes of the mullas was that of a master and a servant, but for the Sufis it was one of love. Guru Nanak argues with the mullas in the terminology of the Sufis, and in doing so he shows the Sufis as true Musalmans: “To be a Musalman is difficult. One should adopt the religion of the auliya (friends of God—the Sufis) and regard renunciation as a file that removes the rust of the heart. They would become Musalman only when they live their faith and dismiss all thoughts of life and death, accept God’s decree most willingly and believe in him as the true Creator, and efface themselves. Only then may they receive God’s grace and only then shall they be real Musalmans.”

Also Read | The World As Word

Guru Nanak argues with the mullas in the language of the Sufis, and in doing so, shows the Sufis as true Musalmans.

However, this relative appreciation for the Sufi path should not lead us to infer that Guru Nanak approves of the Sufis of his day without any qualifications. He brackets the qazi and the Sufi shaikh who suffer from self-centeredness (haumai). A true dervish abandons everything to meet his Creator. But many a shaikh subsisted on revenue-free land obtained from the State, and distributed ‘caps’ among their disciples authorising them to guide others. Thus, the shaikh was presumptuous enough to be sure of his own place of honour with God, and gave assurance to others as well. The qazis had their offices, and the shaikhs had their establishments (khanqahs). They tended to treat the means as ends, forgetting that God alone is everlasting. Guru Nanak advises them both to remember: “Allah is ineffable; He is inscrutable; He is the all-powerful Creator, the Merciful. The whole world is transitory and the Merciful alone is permanent. Only He is eternal, for He is not subject to any destiny. The earth and the heavens shall perish; only He, the only One, remains forever.”

Also Read | The Kaur Of Patriarchy

On the whole, Guru Nanak talks mainly of Allah and the shariat. The Prophet and the Quran are mentioned, but without much role or importance. He also talks of two different interpretations of Islam: one by the ulama or the qazi, and the other by the ­shaikhs or the pirs. He refers to some of their most important practices, and shows a comprehensive understanding of their beliefs. The Islamic ­con­ception of God is close to Guru Nanak’s own.

He shares some of his ethical values with the Sufis and appreciates the Sufi way of life. However, he finds nothing worth appreciation in what the mulla and the qazi had to say or do. The Sufis too were not ­altogether free from limitations. Despite their claim to ­complete trust in God, they received ­financial ­support from the government. They also appeared to assume that they had found the path of union with God, and could authorise their disciples to guide others, which was rather presumptuous in Guru Nanak’s eyes.

Islam was associated by Guru Nanak with the Kaliyuga (the fourth and worst cosmic age), whereas the path discovered by him was meant to redeem the Kali Age. The question of how to ­become a true Musalman is answered by implication when Muslims are invited to follow the way shown by Guru Nanak.