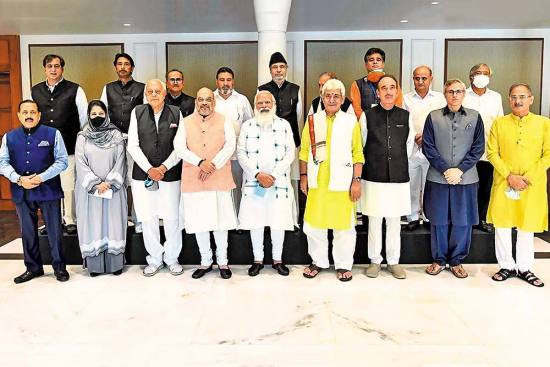 On June 26, two days after PM Narendra Modi met politicians from Jammu and Kashmir in New Delhi, the Mutahida Majlis-e-­Ulema led by Mirwaiz Umar Farooq issued a statement about the spike in suicides in the Valley and made no mention of the meeting. “Due to the prevailing unfavourable conditions in Kashmir, not only are a large number of young people affected mentally, but children, the elderly and women are also suffering from nervous breakdown and mental stress,” the statement reads. The Awami Action Committee, also led by Mirwaiz, issued a statement comprising only condolence messages. The absence of any reference to talks with the PM indicates the total marginalisation of separatist leaders who have been kept out of circulation since August 2019.

In January 2004, Mirwaiz had led a Hurriyat delegation in a meeting with then deputy PM L.K. Advani in which the two sides agreed to find an “honourable and durable solution” through dialogue, hoping that all forms of violence at all levels would end. Advani described it as a good beginning and thanked then PM Atal Bihari Vajpayee for creating suitable conditions by offering a hand of friendship to Pakistan. After the NDA was voted out of power, the same delegation met PM Dr Manmohan Singh twice—in 2005 and 2006.