The Janata Man, Parivar To Party

From cutting administrative flab to decentralising power to panchayats—Karnataka CM Bommai promises a fresh approach to governance, but dousing discontent within his party would be a challenge 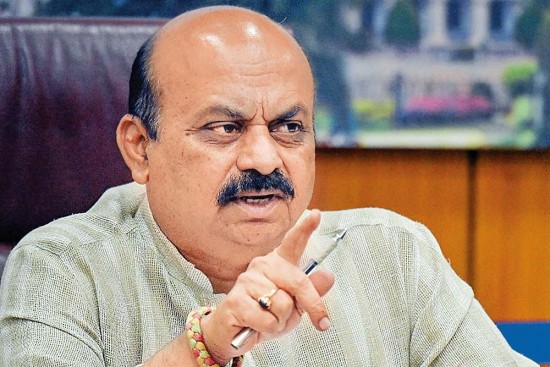 In his second week in office, ­Karnataka chief minister Basavaraj Bommai gave a few new touches that pointed to a freshness of approach—in a meeting with top police officers, he declined to accept the customary bouquet of flowers, saying the practice amounted to unnecessary expenditure. Soon enough, an official order was issued asking government departments to stop presenting bouquets and mementoes at their events—and give away Kannada books instead.

Next, Bommai restricted the ceremonial guard of honour accorded to the CM while on tour, saying it put the public to inconvenience—on some occasions, this apparently took place several times a day, including at the airport, hotels or public places. Henceforth, the CM would be presented a guard of honour only in the premises of a government office, and only once during the visit. Then, in the same vein, he toned down the zero-traffic privilege for the CM’s daily commute to a signal-free movement. Bommai, who has been talking about sprucing up the administration and reining in ­expenditure, also came up with a series of new programmes, 11 in all, during his Independence Day address this week—covering the upkeep of gram panchayats, schools and anganwadis, rural housing, agri-marketing and healthcare.

However, on another front, the familiar troubles persisted—the new CM has also been busy settling the discontent among ministers and legislators alike. The change of guard in Karnataka in late July had indeed been bloodless, but the BJP’s woes in managing its state outfit are far from over, reckon observers. Bommai had retained most of the ministers from the previous B.S. Yediyurappa government, so naturally there were several legislators who were unhappy at being left out. Over the past fortnight, many of them vented their displeasure—while S.A. Ramdas, a BJP MLA from Mysore, stayed away from the CM’s official ­engagements in his city, supporters of Appachu Ranjan, a five-time legislator from Coorg, organised a vehicle rally all the way to Bangalore.

Meanwhile, there was some heartburn even among ministers over portfolios. Anand Singh, the MLA from Vijayanagara was sulking despite ­making it to the council of ministers once again—because he was unhappy with the tourism portfolio he was given. Singh, who even insinuated that he would quit as legislator, has been holding out ever since. M.T.B. Nagaraj, one of the newcomers to the BJP, also grumbled aloud about his new portfolio.

So far, Bommai has attempted to strike a balance given the disparate structure of the BJP’s party organisation in Karnataka. While he retained nearly all the defectors who helped the party come to power in 2019, he has also brought in fresh faces from the ­party’s core. Among the first-time ministers are Araga Jnanendra, V. Sunil Kumar and B.C. Nagesh, who come from an RSS background—they now hold the home, Kannada and ­culture, and primary education ­portfolios, respectively.

“I told him (Bommai) , you have got the CM’s post, now you will have to get the CM’s power,” says old colleague, JD(U) state chief Mahima Patel.

“It seems some kind of discontent is still brewing among the MLAs,” says political analyst A. Narayana. According to him, the party headquarters, having replaced Yediyurappa, would naturally expect to give their government in Karnataka an image makeover and steer it along the BJP’s ideological course. “To what extent they are going to keep these discontent groups under some kind of control will decide all that,” says Narayana. Even so, there is little time at hand because assembly elections in Karnataka will be due by May 2023. Hence, Bommai, he says, has a lot on his hands.

For that matter, Bommai himself is a lateral entrant into the BJP, having joined the party in 2008 from the Janata Dal (United). Incidentally, a reference to his Janata parivar roots had come from H.D. Kumaraswamy of the Janata Dal (Secular) two weeks ago, but Bommai sought to deal firmly with that ‘mischievous’ comment by emphasising that he was a ‘genuine’ BJP CM. “Kumaraswamy knows under what circumstances I left Janata Dal,” was his reply.

Bommai’s elevation to the top post ­reflects the fact that the BJP’s support in Karnataka primarily comes from the Lingayat community to which he ­belongs—and which rallies behind party veteran Yediyurappa, who had, in fact, proposed his name. But most political observers also point out that Bommai’s administrative experience and credentials would come in handy at the ­moment for the party. “He is a balanced man. He doesn’t get into controversies and I wish him to continue for the whole tenure. It would also be good for the state,” says Mahima Patel, state president of the JD(U) and an old colleague of Bommai. Patel says that, like him, Bommai too is keen about building self-reliance in villages through decentralisation. “He is also for that,” says Patel, noting that Bommai had been elected twice to the Legislative Council from the local authorities’ constituency early in his career “so he has that ­responsibility of giving more power to village panchayats”.

Bommai is generally seen to have good equations with leaders across party lines—his calling on JD(S) supremo H.D. Deve Gowda is a case in point. The visit had come just a few days after Bommai took over as CM, piquing a great deal of curiosity even though the two leaders maintained it was only a courtesy call. It also ruffled feathers among local BJP leaders in Hassan—Gowda’s hometown—who questioned the need for such a display, and Bommai had to step in to placate them.

For the record, however, many leaders in both the BJP and the Congress over the years had been groomed in the Janata parivar, including leader of Opposition, and Congress leader, Siddaramaiah.

Bommai has the challenge of dousing the discontent among local BJP leaders, while also settling down to run the government. “With so many power centres in the BJP, he has to manage everyone,” says Mahima Patel, who met Bommai ­recently in Delhi. “I told him, you have got the post of chief minister, now you will have to get the power of the CM.”