According to the oral tradition of the Ao Nagas, there were some special men and women who were endowed with powers to read the future. They were called Arasentsür and the most common practice among them was to shred the leaf called ‘Aam’ (phyrinium pubescence) in order to predict futures and also to prescribe appropriate rituals as curatives for different diseases. 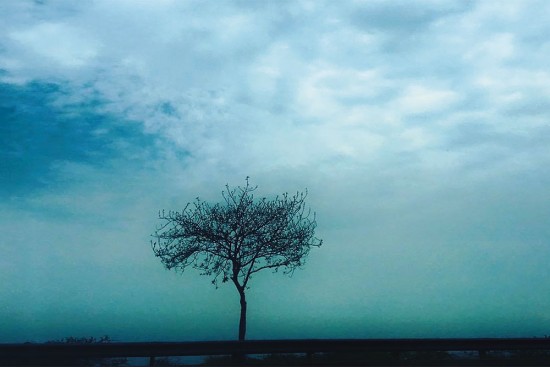 There is a bent old woman sitting
On a rickety bamboo platform, shooing
The village chicks away from the paddy
Spread out to dry in the winter sun

The all-seeing glint has left her eyes
And lethargy stalks her tired limbs
While the revelations of the shredded leaves
Become a web of hazy memories.

‘Grandmother, please help me,
My man means to turn me away
And take another wife
If I don’t give him a son’

She saw the fear in the young eyes
And asked her gently, ‘Why my child
Aren’t you his wife?
Don’t you let him touch you?

‘Yes grandmother, I have been wife to him
For three years now, and he puts
His seed in me day and night
But the monthly flood sweeps it away’

When she finished divining
She looked at the hopeful wife
And whispered ‘Go home my child,
You will bear many sons’

She chuckles now in recalling
The part she left unsaid, and how
The woman bore many sons
But for another man

‘Brother, mother earth’s heart is trembling
The beasts are crazed with panic and
There is an acrid smell in the air
Some great calamity will surely befall us’

The beetle dismissed her saying
How could she, a pitiable creature
Assume to foretell what only
Diviners and leaf-shredders knew?

As she thinks of this, the old seer shudders
Recalling the horrors of the killer-quake
And marvels at the uncanny accuracy
Of the tiny creature’s instinctive prophecy

Only the matted hair and raggedy clothes
Still smelling of forests and their secrets
Darkly hint at a surreal history, beyond
The range of human computation

Wondering, if anyone had ever
Read her forlorn destiny
In the shreds
Of a ravished virgin leaf.

Temsula Ao is a poet, folklorist and memoirist from Nagaland. She won the Sahitya Akademi award for her short story collection, Laburnum for My Head.