Gail Omvedt kept her allegiance with Dalits, Adivasis and the rural working classes till the end 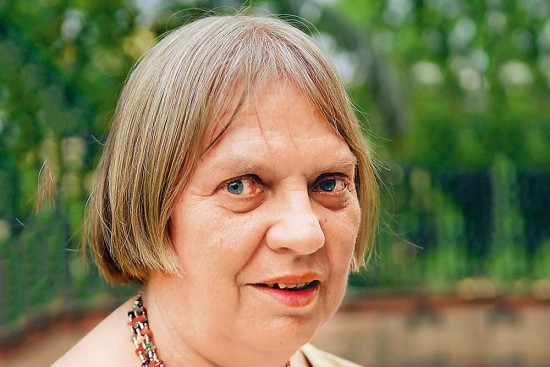 Omvedt has been a towering figure in the social sciences in India for decades. Author of over 25 books and a series of well-recei­ved columns for The Hindu, she was also an inc­isive and insightful analyst of Indian society, and a grounded grassroots act­ivist as well. Born and educated in the US, she made India her home after her doctoral research on the work of non-Brahmin people’s movements, like the one initiated by the Phule couple.

She married Bharat Patankar, the doctor son of a freedom-fighter couple in rural Maharash­tra, and made her home in Kasegaon, a village in Sangli district, taking Indian citizenship in 1983. With her husband and intrepid mother-in-law, Indutai Patankar, she co-founded the Shramik Mukti Dal, a movement of agrarian workers, marginal farmers and Adivasis. She was also part of the Stri Mukti Sanghatan Chalval, a platform for ­women’s struggle in rural Maharashtra.

But her real heritage is as the one who, along with her teacher Eleanor Zelliott, brought the works and thoughts of Phule and Ambedkar alive to the larger world of academia. In India, Ambedkar’s works and achievements were little known or studied—mainstream academics tended to resist any school of thought that did not conform to certain intellectual traditions, Left-oriented or conservative-Brahminical. As a student of the work of non-Brahmin social revolutionaries and spiritual leaders, Gail chose to be the voice of marginalised sections who didn’t ­figure in mainstream discourses. She was a strong critic, for instance, of the Narmada Bachao Andolan (NBA), which, according to her, failed to raise leaders from among the people, or offer credible solutions to drought-hit farmers in Maharashtra and Saurashtra in its criticism of the big dam approach to water management. She articulated this in her famous open letter to Arundhati Roy, responding to the support Arundhati had extended to the NBA’s struggle. In later years, she and Arundhati met and, according to Obed Manwatkar, a young scholar ­act­ivist, “I am a living witness of this talk: Gail gave amazing lessons to Arundhati, who openly acc­epted she was still learning and had a lot to learn.”

Gail chose to be the voice of sections that are marginalised in ­mainstream discourses.

Gail was also a chronicler of the literature and worldviews of numerous rooted spiritual leaders who were widely popular among the working classes: the Varkari movement, for instance, threw up many poets whose works critiqued Brahminical practices and ideas of God. She learnt Marathi and Sanskrit, and brought to the fore many poems, songs and lyrics of poets like Tuka—she insisted ‘Tukaram’ was a Brahminical imposition and that the real name was Tuka—as also Chokhamela, Janabai, Kabir, Namdev and Ravidas, whose term Begumpura (City Without Sorrow) features in the title of one of her most popular books, Seeking Begumpura. The book explores the utopian imaginaries of these saint-poets, which reveal a yearning for universal freedom of movement and speech, without exploitation—clearly a dream of those who suffered exclusion, silencing and exploitation, the “lowered” castes.

Thinking, in the way she practised it, shaking up settled wisdom, was itself a form of action. As author Braj Ranjan Mani, who was Gail’s friend, says in his tribute: “Blending theory with praxis, Omvedt brought together diverse liberating aspects of Marxism, feminism and Ambedkarism, and broke new ground in understanding Indian society.” By the way, while mainstream and online media carried tributes, what is intriguing is the muted response to her passing from academic circles and the women’s movement. In contrast, there has been an outpouring of grief and tributes from people’s movements, Dalit and Ambedkarite groups and others. This is the same old pattern: even towering personalities like Ambedkar, Savitri Bai and Jotirao Phule are given the short shrift by the Brahminical establishment, since they were able to counter the exclusionary discourse and speak the unsavoury truth to those in power.

If Gail had been willing to compromise and kowtow a little to Gandhi’s thought, she would have been the darling of academia, enjoying the fruits of her labours in terms of fame and acceptance. It’s a testimony to her intellectual honesty that she chose to stay true to her convictions and kept her allegiance with the marginalised, Dalits, Adivasis and the rural poor working classes till the end. Her life will be the yardstick by which true allyship will be tested. Very few will meet the standards she set with her rigour, and her prolific (and grounded) writings. Most of all, she has left the world a pristine example of how real humanity can transcend colour, race, nationality and privilege. I’ve heard Gail chant this several times: “Eeda Peedajavo, Balichyarajyayevo! (Let miseries and sorrows go, and let the reign of the righteous king Bali come!) Jai Bhim! Jai Joti! Jai Baliraja!” We say amen.

(The writer is a poet and anti-caste activist.)