Instead of providing employment, experts believe the post-pandemic Union budget is likely to deepen the distress in the rural economy 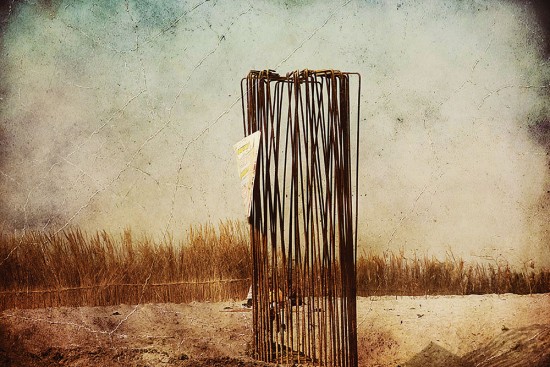 On February 4, over 200 women from at least 15 panchayats hit the road in Bih­ar. They were angry over denial of work for the past year under the much touted Mahatma Gandhi National Rural Employment Guarantee Act (MGNREGA) 2005—that pro­mises 100 days of employment to every household in Indian villages. Apparently pre­pared for the long haul, these women are camped outside the main gate of Muzaffarpur collectorate office. The determined women have come well-equipped with food rations, makeshift earthen stoves, utensils—and yes, songs that narrate their woes and grievances against the direct rural employment support scheme.

Middle-aged protesters like Sita Devi and Nir­mala Devi, who come from landless families, are particularly fed up of making rounds of the rural development department, and are dem­anding jobs cards. Lamenting starvation, these women say, “Through our songs, we want to tell the officials, the babus and the government that you are stealing our rights, you are stealing money that is meant for the poor.” Others too join them, as they begin to sing in the local dialect:

MGNREGA was introduced after the National Commission on Farmers, chaired by Prof. M.S. Swaminathan, submitted its first report in 2004. The report was supposed to help the then Cong­r­ess-led United Progressive Alliance (UPA) gove­r­nment at the Centre and the state governments arrest farm distress and enhance incomes.

He was yet to complete one year as prime min­ister when Narendra Modi described MGN­REGA as “a living memorial” to the Ind­ian National Congress’s failures. Years later, during a 2015 speech in Lok Sabha as the PM, he told the Opposition benches, “After so many years in power, all you were able to deliver for a poor man is to dig ditches a few days a month. Main gaaje-baaje ke saath iss smarak ka dhool peetta rahonga [I’ll keep playing orchestra around this monument].”

The stinging sarcasm wasn’t misplaced tho­ugh. Rural economists also look at MGNREGA as a sign of economic distress that was introdu­ced as a safety net. In the aftermath of the pandemic, experts say instead of maintaining the tempo of the “gaaja-baaja”, the BJP government has instead lowered the orchestra’s pitch.

Besides reduction in MGNREGA allocation in the current budget, farmer leaders and eco­nomists have called out the cut in social secur­ity spending, as well as allo­ca­tions for procurement of crops, crop ins­urance, food and fertiliser subsidies. According to them, all these moves are likely to add fuel to the fire of the rural crisis.

Incidentally, suicides among agr­icultural labourers had risen by 18 per cent in 2020, according to the National Crime Records Bureau.

The current budget has reduced MGNREGA outlay to Rs 73,000 crore from Rs 98,000 crore in 2021-22. This, while MGNREGA workers are still waiting for alm­ost Rs 3,360 crore in pending wage payments, as on January 27, 2022, according to data recently provided by Union minister of state for rural development, Sadhvi Niranjan Jyoti.

NREGA Sangharsh Morcha, a nat­ional platform of workers’ collectives engaged in public action on the rural job guarantee scheme, said in a statement, “NREGA is a legal obligation of the central government. However, the demand driven nature of the Act has been repeatedly stifled in letter and spi­rit. By severe rationing of funds, it has been made a supply driven programme.”

The government had declared in Feb­r­uary 2016 that farmers’ incomes would be doubled by 2022. But this year, the Union finance minister was silent on this pro­mise. Quoting the government’s “Doubling of Farmers’ Income report”, Samyukta Kisan Morcha, the apex body of farmer’s unions that led the recent farm protests, recently stated that “the benchmark farm household income for 2015-16 was Rs 8,059. This was promised to be doubled in real terms, taking inflation into account. This puts the target income in 2022 at Rs 21,146. But NSSO’s 77th round shows that in 2018-19, the average farm household income was only Rs 10,218. Projecting at the growth rate of GVA (gross value added) in agriculture for the next three years, income in 2022 is still below Rs 12,000 per month.”

“The rural employment lifeline has been further weakened by derisively low budget allocation this year,” the statement deplored.

Nikhil Dey, founder of the Mazdoor Kisan Sha­­kti Sangathan (MKSS), a union for unorga­n­i­sed rural workers across the country, belie­ves keeping inflation in view, the Centre should have actually allocated Rs 1,50,000 crore.

Talking about stagnant wages in the rural sector, Dey points out, “When the government is giving a 34 per cent Dearness Allowance to central government employees and pensioners, the daily wages of MGNREGA labourers should also have been increased. The Rajas­t­han government increased MGNREGA day wage to Rs 221 from Rs 220 last year. But the average payment remains Rs 180.”

Accusing the central government of artificia­lly squeezing the work demand, he says, “Now­h­ere are MGNREGA workers getting paid wit­­hin the promised 15 days. Despite that, they are demanding work, or coming to work. This is a clear indication of rural distress.”

Himanshu, associate professor at Centre for Economic Studies and Planning, JNU, says manual wages of rural workers have not risen for the past 5-7 years. Due to corona lockdowns, he adds, people have experienced drastic decl­ine in their income in both agricultural and non-agricultural sectors.

Data from the Centre for Monitoring Indian Economy (CMIE) shows rural unemployment in January fell to 5.84 per cent as against 7.28 per cent in December 2021. But Himanshu says, “Unemployment figures don’t tell the real story.”

“In this country, getting a job doesn’t matter. What matters is whether the job is providing you adequate income to meet your basic necessities. So unemployment in that sense is not the correct way to measure the crisis in employment,” he explains, adding, “Majority of people are not reporting themselves as unemployed. They are looking for better incomes.”

Referring to the farmers’ protest, he continues, “Majority of people in rural areas are engaged in the agricultural sector. They are not gainfully employed. This is why they are protesting.”

Stressing on the need to enhance spending power of people to set the wheel of economy in motion, he says, “Wages are not rising in any rural employment sector. Government should not just strive to provide direct employment, but also enable a system where the economy does well in a holistic manner.” 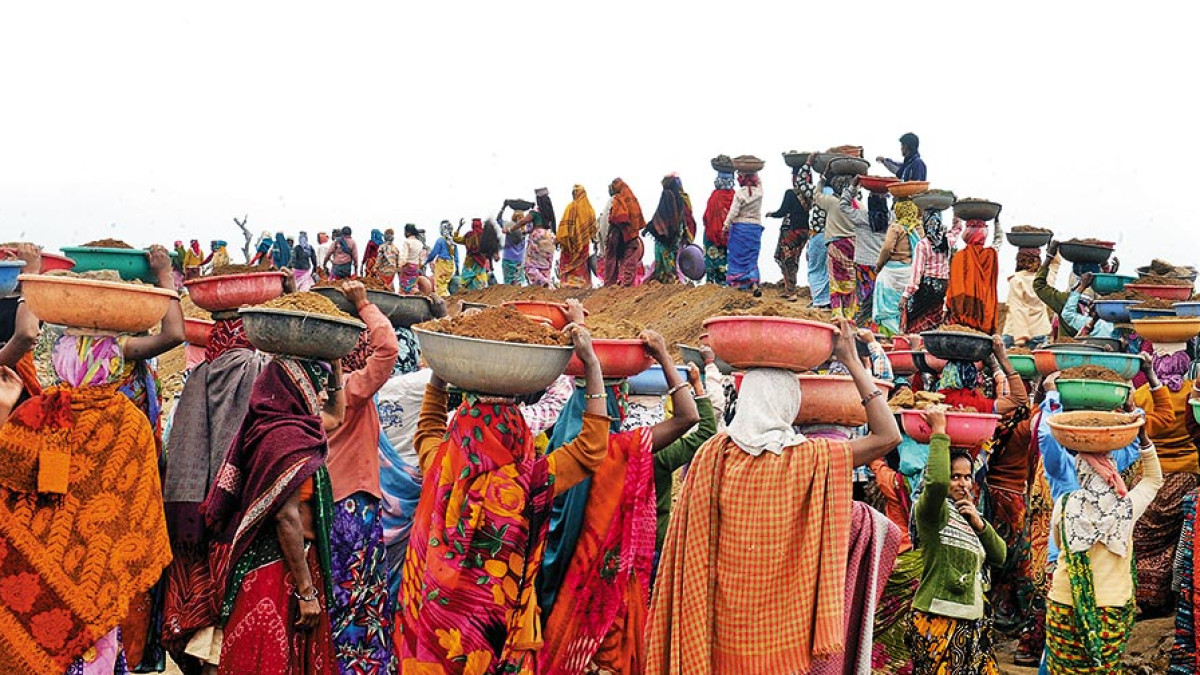 MGNREGA 100 days of guaranteed work, a lifeline for the rural economy in distress

Maintaining that demonetisation completely crippled the rural economy, including small and medium enterprises, he says, “Both demonetis­ation and the pandemic have had a disproportionate effect on those who are at the bottom. The recent inequality report says that the bottom 30 per cent have suffered a fall of over 50 per cent of their average income. It clearly indicates that rural poverty has increased.”
Criticising the post-Covid Union budget, he says, “It runs in the opposite direction of the steps required to fix the rural employment crisis. The Indian economy is being pushed towa­rds a black hole where it will be torn apart by poverty, inequality and inequity.”

He rejects the claims made by the Department of Economic Affairs in its annual Economic Survey, regarding decline in MGNREGA work demand. “I come from Bihar, I know not even 50 per cent of the people who are demanding work under the scheme are getting jobs,” he says.

“We have witnessed protests in Bihar and UP. The unemployed youth have no options and this will lead to more and more agitations,” he adds. “People have lost all hope.” With the return of mig­rant labourers to their native villages in the wake of the pandemic, he adds, the number of people dependent on agriculture has also gone up.

Arguing that the Pradhan Mantri Garib Kalyan Rojgar Abhiyan has utterly failed to help migrant workers who returned to their native villages, Nikhil Dey says, “Most state governments have failed to even compile data regarding migrant workers, as per Supreme Court directions. When we are witnessing jobless economic growth and when markets in big cities are unstable, the situation of rural workers is terribly bad.”

The SKM, meanwhile, has also called upon far­mers to prepare for another massive struggle. Bil­ling the current budget as “anti-farmer”, its sta­te­ment remarked, “The government, smarting under its defeat on the three anti-farmer laws, is out to take revenge on the farmer community.”