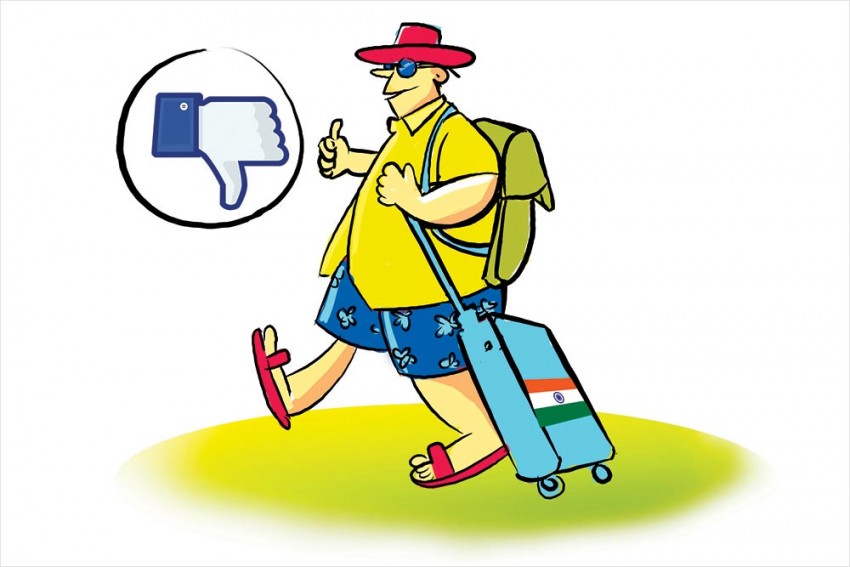 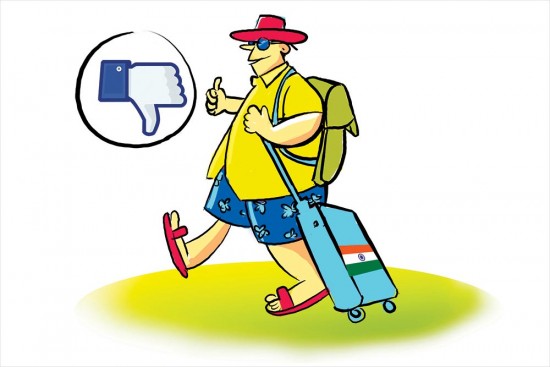 Off The Chorten, Chowderhead

India may be behind China on most counts, but there’s one parameter it’s ready to zoom ahead on—the worst tourists. The latest in the hall of shame is a biker from Maharashtra who clambered atop a holy chorten (stupa) in Bhutan, provoking outrage in the Buddhist nation as well as on social media in India. Lately, Bhutan has been trying to rein in Indian visitors, who have few restrictions compared to other tourists who must spend a minimum of $250 a day in the country. As elsewhere, Indians trash the ecologically fragile nation and do not respect local customs. And now, with such sacrilegious antics, we may soon find ourselves unwelcome in yet another nation in the neighbourhood. 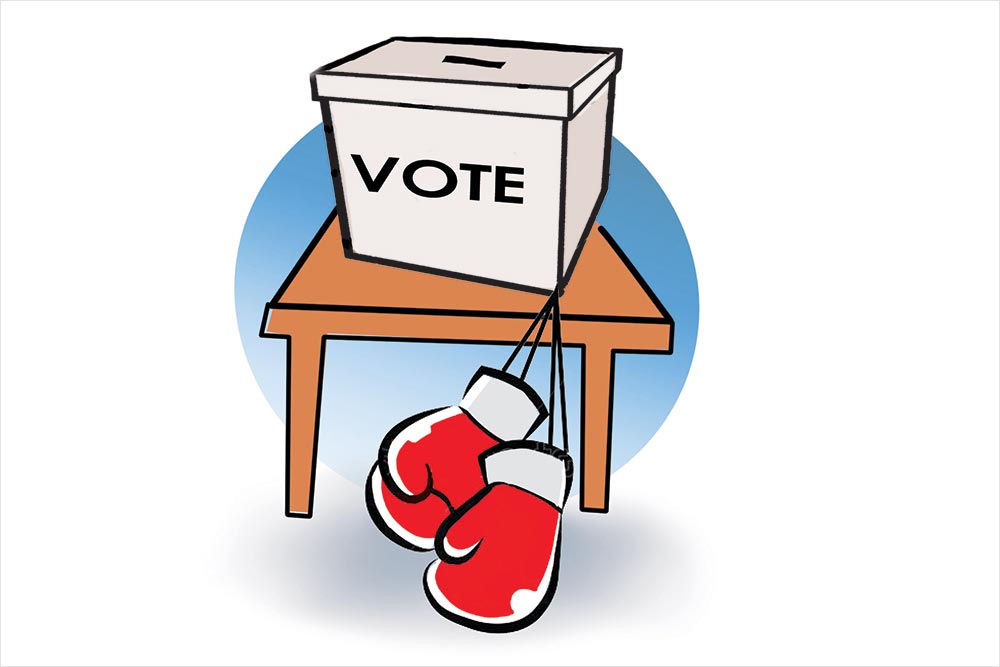 Pugilists Punch Out In Poll Season

The election campaign in Haryana lacks the punch of polls past. The reason? Fewer pehelwans are signing up as musclemen for party leaders. And politicians are partly to blame for this. With increasing government support for sports, better infrastructure, generous rewards and bestowal of government jobs on achievers, wrestlers are focusing on their training rather than petty politicking. At an akhara in Rohtak, 170 wrestlers found employment in various government departments over the past 12 years. Only those who fail to perform in the ring now take up jobs as bodyguards. 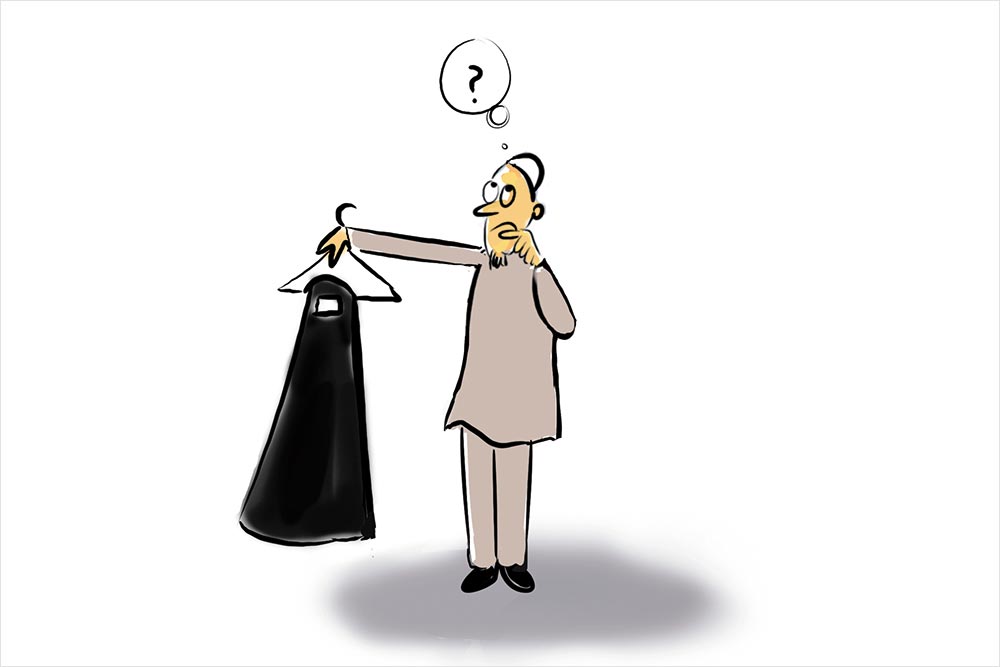 After having installed a solar panel, built a wash­room and purchased new fur­niture, Muzafar Shah, a district councilor in western Pakistan, decided to end his four-year tenure with a bang. He used state funds to distribute 90 burqas to students of a middle govern­ment school. It predi­­c­­t­­ably stoked a storm, but Shah couldn’t figure out the fuss. “I thought these poor girls should have new burqas,” he says. “The people...are very happy…had I distributed jeans among the girls, the media and liberals would have praised me.” 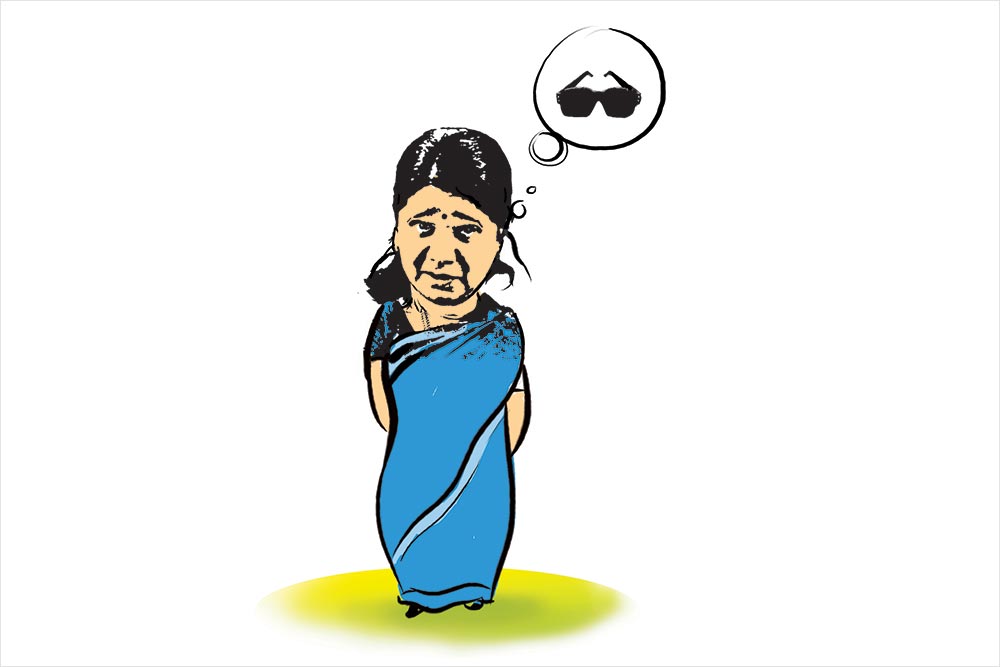 O Brother, Why Art Thou?

Kanimozhi has lately been miffed. Though she is the secretary of the DMK women’s wing, she rarely is invited for party meetings. Moreover, T.R. Baalu has taken over her role as DMK point-person in Delhi. This despite her having end­or­sed the leadership of Stalin, her half-brother. Now, Stalin’s son, Uday­anidhi, who heads the party’s youth wing, wants to start a young women’s outfit. “When there is already a women’s wing in the party, what is the need for another one?” ask Kanimozhi’s supporters. Earlier, her mother, Rajathi, would appeal to Karunanidhi whenever she was sidelined. Now her daughter seems to have become an easy pushover for Stalin and his son. 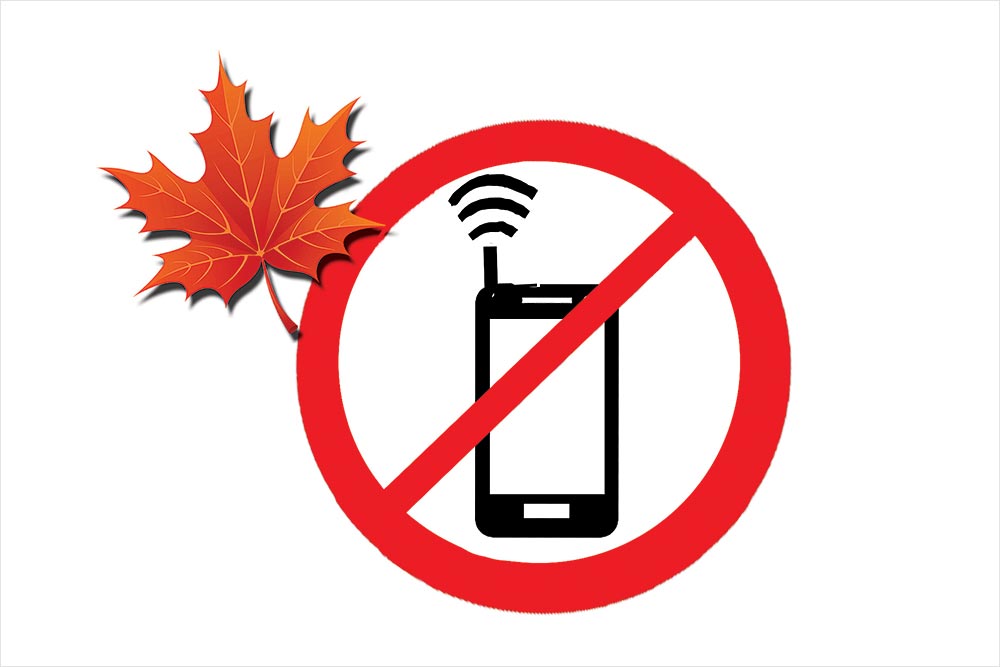 It has barely been a week since the people of Jammu and Kashmir got a partial respite from the communications shutdown, but rumours abound of  another impending blackout. Satya Pal Malik, J&K governor, hinted that mobile services could be suspended around October 31, when the state will officially be bifurcated into two Union territories. After post-paid phones, people were hoping that there would be a resumption of prepaid and internet services, but it seems the government is keener on promoting digital detoxes.

One politician’s disaster is another’s oppo­r­tunity. The recent deluge in Patna left many leaders from the ruling JD(U)-BJP scampering for safety—not just from the floodwaters, but also from an angry public heckling them for tardy relief. In this pandemonium, Pappu Yadav emerged as an unlikely saviour. The former MP not only waded through waist-deep water every day to provide succour to the marooned, he also attended those associated with the ruling alliance. A day after deputy CM Sushil Kumar Modi was rescued, Pappu landed at his inundated house, offering food packets to his staff who, he alleged, Modi had left behind to fend for themselves.

They are posing with a propeller plane in the backdrop, beaming in their sun hats and goggles. They might seem like a happy family embarking on a vacation to cerulean seas, but they are the diligent officials of Federal Bank. And that plane? It’s what they recovered from Seabird Seaplane Ltd, a flight operator in Kochi who defaulted on loans of Rs 6 crore. Earlier, they had seized two luxury resorts as their owners had outstanding dues of Rs 36 crore. The alacrity with which it’s recovering loans, the bank will not only be an exemplar for other institutions, but also a hospitality behemoth.

You Won’t Smudge The Ink

Press freedom continues to be curbed and violated across the world. Australia, a thriving democracy, seems to be its latest victim. On October 21, Australia’s biggest newspapers made a show of unity by publishing redacted front pages in protest against press restrictions.

Mastheads from News Corp Australia and Nine Entertainment showed blacked-out text beside red stamps marked “secret” on October 21. The protest is aimed at national security laws which journalists say have stifled reporting and created a “culture of secrecy” in Australia.

The government said it backed press freedom but reminded that “no one was above the law”.

The tussle between the government and the Australian media began in June 2019 following police raids on the Australian Broadcasting Corporation (ABC) and the home of a News Corp Australia journalist, generating a backlash.

Media organisations said the raids had been conducted over articles relying on leaks from whistleblowers. One detailed allegations of war crimes, while the other reported an alleged attempt by a government agency to spy on Australian citizens. The raids led many to ask if the country is doing enough to protect those who try to expose wrongdoing.

The latest campaign, by the Right to Know Coalition, was supported by TV, radio and online outlets.

Michael Miller, executive chairman of News Corp Australia, urged the public to ask of the government: “What are they trying to hide from me?”

The company’s chief—and fierce—rival, Nine, publisher of The Sydney Morning Herald and The Age, ran similar redacted front pages. The unifying theme rang out clearly: this is not a campaign for journalists—it is for Australia’s democracy.

ABC managing director David Anderson was quoted as saying, ”Australia is at risk of becoming the world’s most secretive democracy.”

Prime Minister Scott Morrison said press freedom was important to Australia’s democracy, but added that the “rule of law” needed to be upheld. “That includes me, or any journalist, or anyone else,’’ he said.

The concerted campaign argues that tougher security laws enacted over the past two decades have threatened investigative journalism, eroding the public’s “right to know”.

Good, Bad Or Ugly, Why Readers' Letters Matter To Us