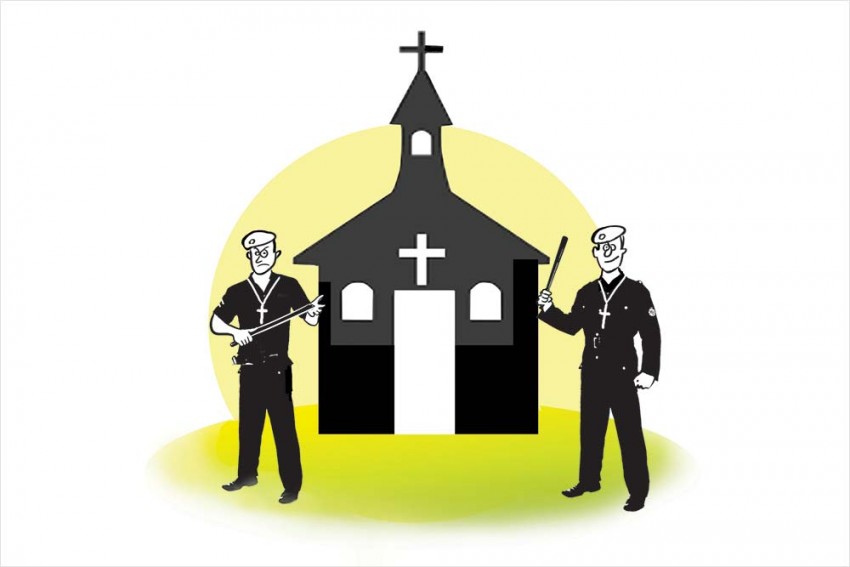 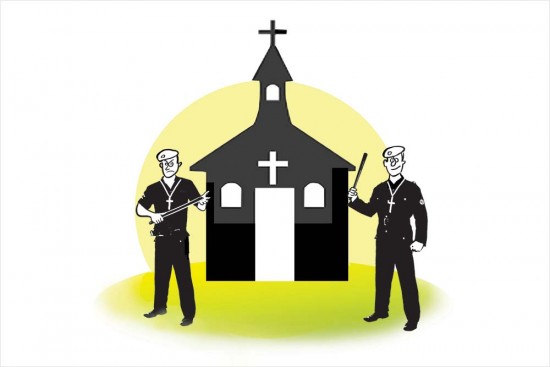 Why Do Angels Need Armies?

Move aside Shiv Sena, there’s a new sena in town…in service of Archangel Gabriel. The Catholic Church in Kerala has set up a unit of retired military and paramilitary personnel in Kannur and christened it Gabriel Sena. But why does an angel need an army? In case you’re wondering if it has anything to do with the sex scandals, land rows and factional disputes plaguing the clergy, the director of the sena lays all such heresy to rest: it has been formed for “crowd control”, he declares. After all, why should countries alone enjoy the privilege of large armies? Even gods and angels could use a little military reinforcement to herd their flock from time to time. 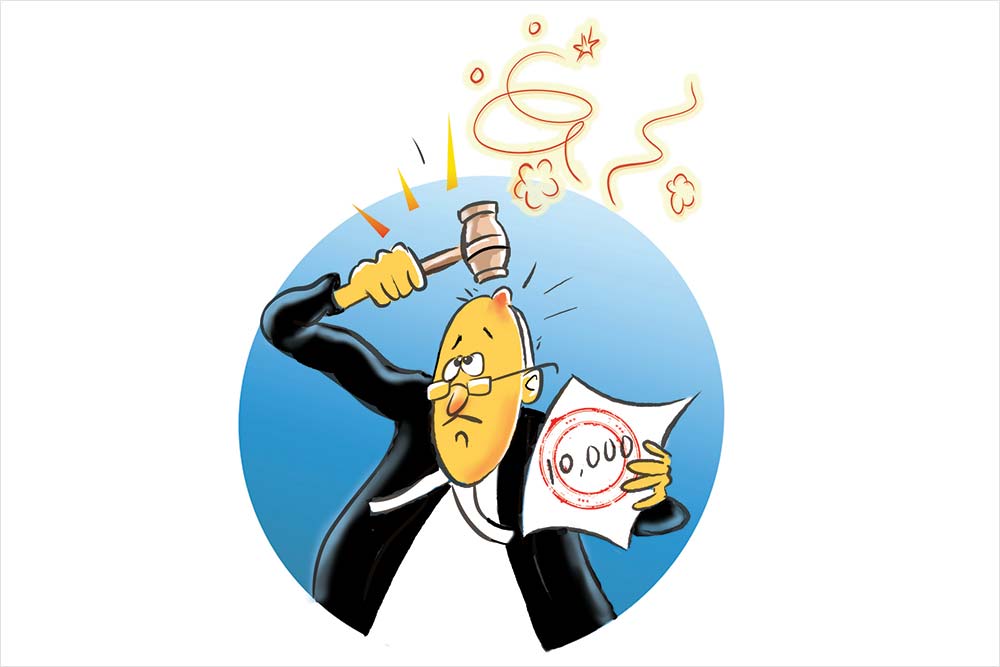 Everybody Loves A Good Fine

The DM of Ghaziabad imposed a fine on the DM of Ghaziabad, who deposited it with the DM of Ghaziabad. Yep, you read that right. After Ajay Shankar Pandey noticed the overflowing tank at the collectorate, he imposed a penalty of Rs 10,000 on the office staff, including himself, for wastage of water and underlined the importance of conserving the scarce resource. But Ajay is not the first babu to set such a fine example. An IAS officer in Beed did the same after a journalist pointed out that his office had served tea in single-use plastic cups banned by law. 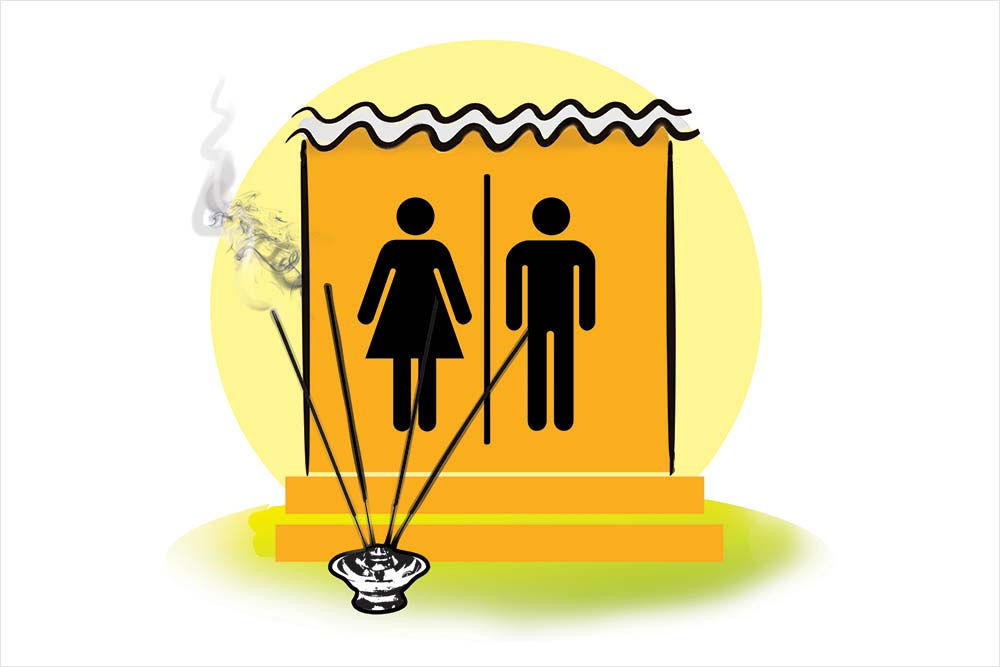 When the PM said “toilets first, temples later” on the campaign trail before the 2014 general elections, little did he know his words would prove rather prescient five years later. And how! For more than a year, residents of Maudaha in Uttar Pradesh have been conducting prayers and bowing in veneration outside a building they recently discovered was a toilet. The reason for this unholy error? The building was shut since its construction and the contractor had painted it saffron. To avoid confusing the religious populace more, the authorities have now daubed the walls a flushing yellow. What the yell! 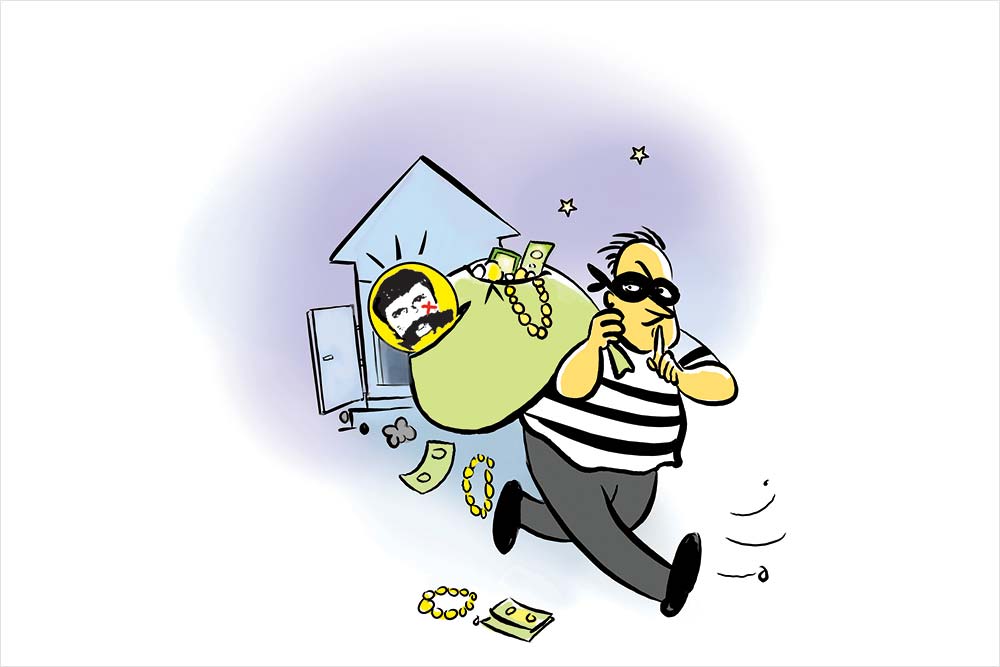 Rayappan is a brave man—he was part of the team that took down the fearsome bandit Veerappan and won medals from the CM and President among others. But looks like there are folks braver than him. For when Rayappan and his family were away, robbers broke into his house in Tamil Nadu and scooted with 10 sovereigns of gold jewellery, Rs 50,000 in cash and even four of his medals! Tut tut, if the valiant have to contend with such burglaries, one can only imagine what the fate of us meek mortals will be. 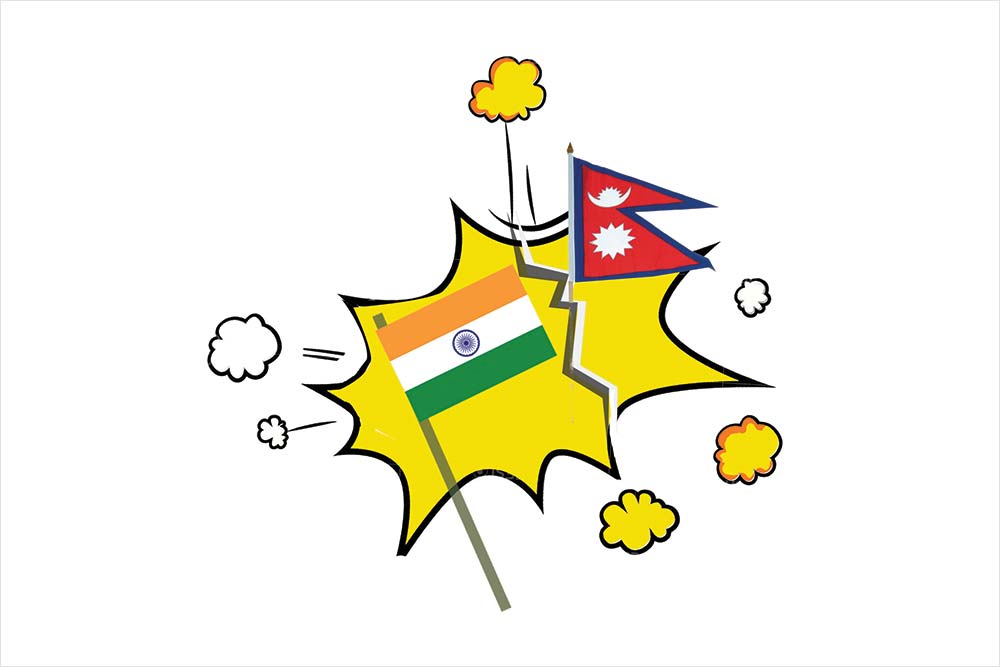 If India’s border disputes with Pakistan, China and Bangladesh weren’t enough, there’s a new one—with ­Nepal. It objected to India’s “inclusion” of Kalapani and Lipulekh in a new map as it considers these territories part of its Darchula district. Both countries, however, ­indulged in diplomatic ­sugar coatings to uphold their “close bilateral relations”. So how did this “friendly” dispute start? Blame the “vested interests trying to create differences”.

Looks like RJD scion Tejashwi Yadav can’t leave bad press and controversy behind. The latest? He was celebrating three decades of his existence on earth and a photo of him cutting a cake in what appeared to be a chartered flight aggrieved many. “Heights of poverty,” quipped one while another commented, “Hope you had a great time celebrating in a private jet while your dad is in jail.” But such barbs don’t faze the young Yadav. “A man who owns buffaloes, sells milk, how can he board a plane?” he declared. Maybe it’s all the gold he’s alchemising from cow milk after BJP Bengal chief Dilip Ghosh’s remarkable discovery that helped modest cowherd Tejashwi charter a plane.

‘Tere mere beech mein, kaisa hai yeh bandhan anjaana, maine nahi jana, tune nahin jana (What is this unknown bond between us? I don’t know, you don’t know).’ This is not the plaint of lovers canoodling at Marine Drive, but a Bollywood song that a BJP leader crooned after the government-formation impasse with Shiv Sena in Maharashtra. Soon enough, others joined the band and began ascribing Bollywood tunes to the parties’ predicaments. After all, heartbreak is heartbreak, whether inflicted by a negligent lover or longstanding political ally. 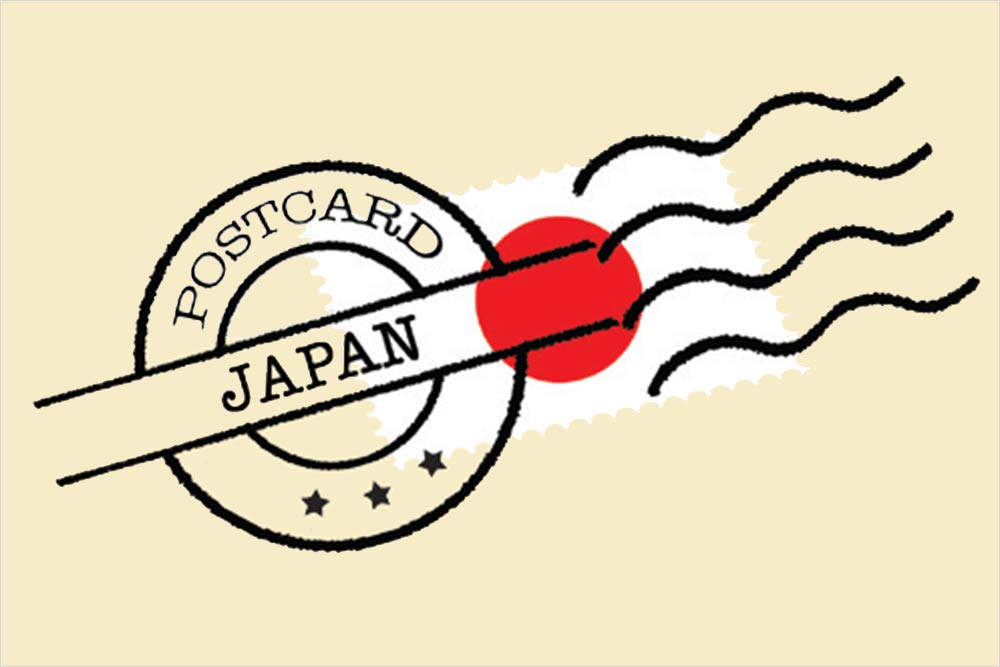 Women across the planet—rich nations and poor—suffer the trauma of groping on public transport, especially during rush hours. For all its politeness, Japan too is notorious for its high rate of groping cases. Some women face it almost daily on packed trains. They endured silently until it all snapped. They have decided to retaliate now.

A report in The Economist says a teenager molested on her commute to high school decided to hang a sign on her bag after fruitless talks with the police and railway authorities. It read: “Groping is a crime. I will not cry myself to sleep.” That did the trick, and it stopped.

There were 2,943 ­reported cases of groping in Japan in 2017, mostly in Tokyo. The ­actual number of victims is undoubtedly much higher.

The teenager’s bold act inspired Yayoi Matsunaga, who had been a victim in her youth, to launch a crowdfunding campaign to create badges with that message. They proved as effective as 95 per cent of users reported the groping stopped in public transport soon after. According to media reports, recent years have recorded a flurry of innovations in the fight against groping—chikan in Japanese. Many train services offer carriages reserved for ladies. Some have installed cameras to catch the molesters—those prying, blinking lenses and surveillance stickers are rewarding deterrents.

Nari Woo and Remon Katayama of the startup QCCCA have launched Chikan Radar, an app that enables users to report groping and thus, record where it is common. Since its launch in August, 981 cases have been reported across Japan. The Tokyo Metropolitan Police have an app too—Digi Police—that, when activated, screams “Stop it!” and produces a full-screen message that says: “There is a molester. Please help.”

Shachihata, a company that sells personal seals, has developed a stamp that allows victims to mark their attackers with invisible ink, which can be detected under UV light. A trial run of 500 anti-groping stamps, priced at ¥2,500 ($23), sold out within 30 minutes, The Economist reports.

There were 2,943 reported cases of groping in Japan in 2017, mostly in Tokyo. The actual number of victims is undoubtedly much higher. Surveys suggest that more than half of female commuters have experienced it, although only 10 per cent of victims report the crime. Some hold back out of fear and embarrassment; others because they do not want to be late for school or work.

Groping has long been trivialised as a nuisance rather than sexual assault. But Matsunaga, who now runs the organisation Groping Prevention Activities Centre, says: “I believe that we will be able to eliminate groping.”