No festival is complete without its own set of myths. Traditions invented for the relatively new Durga Puja invoke a community society chooses to forget. 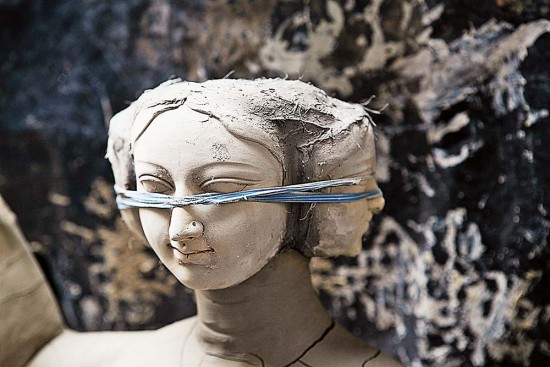 As a child, Shantanu Pal (name cha­nged), a potter in Calcutta’s Kumartuli, would be intrigued when his father, a reputed idol maker, would instruct his helper to get ready and leave in the dead of nig­ht. The hel­per would be back by early morning with mud wra­p­­ped in newspapers in a nylon bag, wash his hands and feet and change clothes. His father would then ask the helper if he had any trouble, and he wou­­ld answer yes or no, gig­g­l­ing at his own narration of victory. This would usually happen at the beg­­i­n­ning of mon­­soon, some 3-4 mon­ths before Durga Puja.

Growing up, Pal realised his father had pious intentions behind sending the helper at that hour to collect soil from outside the door of a sex-worker at Sonagachhi, Asia’s largest red-light area, to make his Durga idols.