Experts say Hyder­abad needs to reduce its dependence on faraway sources like the Krishna and Godavari rivers, and augment supplies from the nearby ­reservoirs of Malanna Sagar and Konda Panchamma. 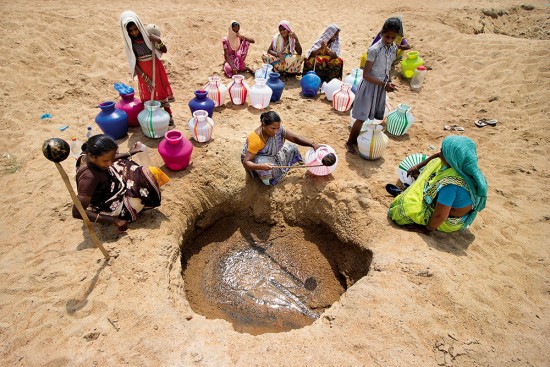 The Telangana capital has enough drinking water, but it is worried about the receding groundwater level, especially this summer. Delayed monsoons created a minor panic in May, which hasn’t abated yet. “The demand, which peaked in May, has not come down even in July,” admits an official of the Hyderabad Metropolitan Water Supply and Sewage Board. The estimated demand per household is 150 litres per day in the core area of Hyderabad, and 100 litres in the peripheral regions. According to the water board’s director, M. Dana Kishore, there was no need to panic. The Greater Hyderabad Municipal Cor­poration, which covers the three cities of Hyderabad, Secunderabad and Cyberabad, needs 420 million gallons a day, which can be largely ­catered to by Kaleswaram via Yellampally (a perennial sou­rce of 172 million gallons a day) and Krishna river (270 million gallons a day). Kish­ore claims that Nagarju­na­sagar’s dead-end storage can supply 270 million gallons for more than a year. Experts, however, contend that Hyder­abad needs to reduce its dependence on faraway sources like the Krishna and Godavari rivers, and augment supplies from the nearby ­reservoirs of Malanna Sagar and Konda Panchamma.