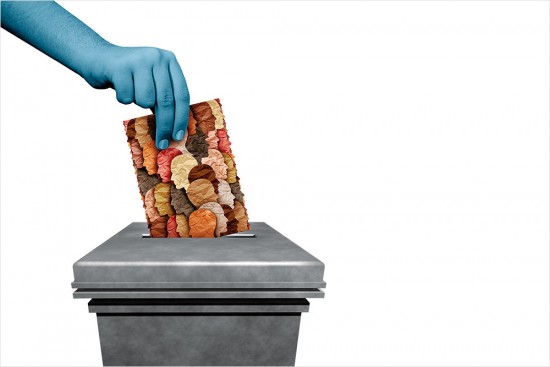 The churning in the politics of soc­ial eng­ineering in Uttar Pradesh underlines the puzzle of caste coalition for electoral gains. The exodus of some infl­uential non-Yadav OBC ministers and MLAs from the visibly stable and confident BJP to the Sama­jwadi Party (SP) highlights the complexities associated with politics of ‘social justice’. With three consecutive electoral successes since 2014, the BJP claimed to have blunted Mandal politics and outsmarted other parties through its nuanced caste management. Its caste management worked on twin tracks: while the party’s grandstanding has been portrayed through ‘caste neutrality’ (sabka saath, sabka vikash), it gradually and wis­ely shaped the caste coalition and tried to checkmate the SP and BSP through deft social eng­i­neering. While the core of right-wing populism is grounded on religious nationalism and majoritarian politics—with the spectacle of ostentatious temple construction, grandeur of religious expansionism and minority exclusion—it made determined efforts to include fragmented caste groupings within its fold.

The instrumentalisation of caste in UP has a long history; hence the success of BJP’s caste management and proclaimed invincibility req­uires some caution. Challenging the Congress’ heg­emonic elite politics, socialist parties had arti­culated exclusion of backward communities from socio-economic development and used their rese­ntment as a logic of social and political action since the 1960s. The leaders mobilised the hitherto excluded castes and communities, and their call “Sansopa ne baandhi gaanth, pichde pawen sau me saath” resonated with people’s grievances and facilitated claim-making by backward castes. The retributive imagination went further when a soc­ialist leader from Bihar, Jagdeo Prasad, gave a provocative slogan, ‘Agle saal bhado main, gore haath kado main (In the next sowing season, upper-­ca­s­te will have to soil their hands). The manifestation of social justice made redistributive claims, i.e., just distribution of resources and goods, as also ‘politics of recognition’. The concrete step was initiated in the form of reservation for backward castes in the first phase of non-Congress governments. Leaders managed to speak in the name of the people, and several populist/non-elitist decisions were taken.

However, the substantive change took a powerful shape in the post-Mandal 1990s when leaders like Lalu Prasad and Mulayam Singh Yadav made caste ‘political’. The populist appeal nurtured the aspiration for the ‘subaltern people’ to occupy pol­itical space, away from the upper caste power elite. The question of honour, dignity, and voice was foregrounded above development concerns. However, the internal fragments and caste division within the OBC block soon started appearing. The distrust and animosity towards each other and aspirational competitiveness led to the weakening of this politics.

Though the BJP had significantly increased its footprint in the backdrop of the Ram Janmabho­omi-Babri Masjid dispute, its electoral gains were limited and they had to depend on coalitions for forming the government. A course correction was done through expansion of the social base by parallelly invoking Hindutva and accommodating OBCs and Dalits by RSS-BJP. The cracks within the backward caste groupings and sustained ‘othering’ of Muslim minorities provided an opportunity to reconfigure the meaning and man­ife-station of social justice. It attended to the groups that were either disillusioned with or not affiliated traditionally with SP and BSP. The electoral influence of Yadavs, Jatavs and Muslims was tactfully undermined. By portraying upper OBCs as the significant recipients of reservations and government benefits under the ‘social justice regime’ so far, the BJP has been able to drive a wedge bet­ween upper OBCs and the rest of the OBCs, who have lagged behind in securing state patronage.

Recent political developments indicate that politics of symbolism and tactical engineering remains short-lived without tangible outcomes on the ground.

Conscious of the reality that Yadavs, Muslims and Jatavs together comprise around 40 per cent of the electorate, the BJP had attempted to mobilise the other 60 per cent. It claimed to have given them political representation and ensured they got a slice of public resources that were earlier only shared by the politically well-represented dominant caste groups. A sense of separateness within backward castes has been carefully propagated. The party split a large section of OBCs from opposition parties. Besides, sustained efforts through cultural engagement helped the party widen the idea of Hindutva among Dalit sub-castes. Celebration of indigenous deities, folk her­oes, traditions, and other cultural symbolism is deployed to make claims of their integration within samagra Hindutva.

However, the recent political developments indi­cate that politics of symbolism, cultural outreach, and tactical engineering remains short-lived without tangible and substantive outcomes on the ground. The upper castes continued to occ­upy 48 per cent of the state ministry portfolio in UP while representing only 20 per cent of the population and strengthened their grip over bur­eaucracy. At least 40 per cent of district magistrates and 50 per cent of superintendents of police, two top officials at the district level, come from the upper castes. Similarly, the upper castes occupy the position of vice-chancellors in 22 out of 30 state universities. With the continued heg­emony of upper castes and dominant classes, the overt religious spectacle led by the saffron-clad CM and the visible undermining of OBCs started showing fissures from within. The genuine sense of empowerment for backward castes and Dalits remains elusive. The latest effort of the parallel process of consolidation and polarisation through claims of 80 vs 20—entire Hindu block against the minority—couldn’t hide the realities of atrocities on Dalits, deliberate exc­lusion of select castes, and use of state power against minorities and political adv­ersaries. While it won’t bother with its anti­-Muslim image, incidents of sexual violence and treatment of Dalits might upset their politics.

The nexus between the state and dominant castes is visible in the impunity provided to those responsible for mowing down farmers in Lakhi­mpur Kheri. The agitating farmers from the middle peasantry felt short-changed by the Centre and state government during the protests against the now-defunct farm acts. The pol­arising statements might not erase horrifying visuals of bodies floating in the rivers, buried under the sand, and abandoned in hospitals during the Covid crisis.

Further, it might be difficult for the BJP to hold together an uneasy coalition of two groups that constitute its base: opponents of reservations and supporters of majoritarian nationalism. The decision to introduce 10 per cent reservation for the upper caste Economically Weaker Sections, with an annual income limit of Rs 8 lakh, while refusing to conduct a caste census raises a question about the priority and agenda of the regime. While jobs in the government sector are reducing by the day, the limited avenue is now shared with EWS, which includes most upper castes. Scholarship funds earmarked for Dalit education slipped dow­nward in the last decade. Upset with the neg­lect of Dalits and backwards, OBC leaders feel that the party is doing “khilwad (mockery) on reservation for backwards and Dalits”.

As people have seen various shades of political networks and alliances in the past, their voting preference will be determined by relative experience with major political parties. The performance of the incumbent in redressing grievances, fulfilment of promises, and realising aspirations might influence the electoral outcome. The jury is still out on which shade of coalition and ‘social engineering’ gets preferential treatment in 2022.