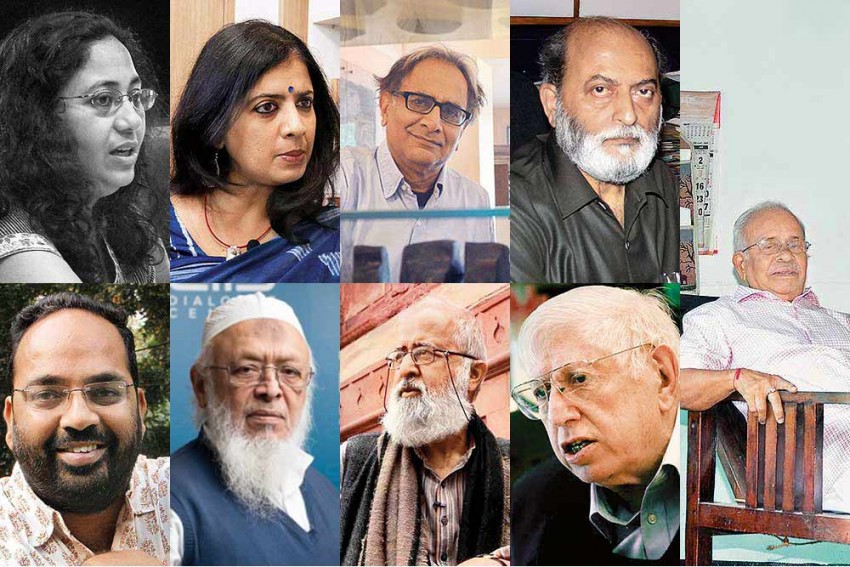 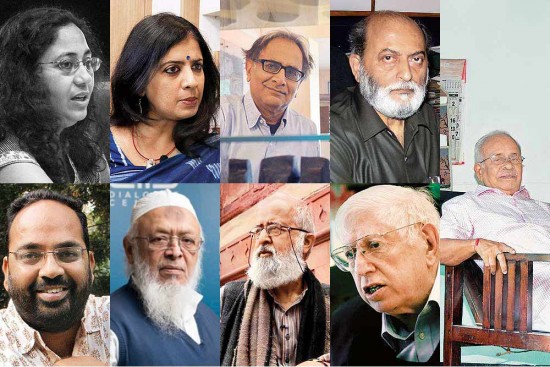 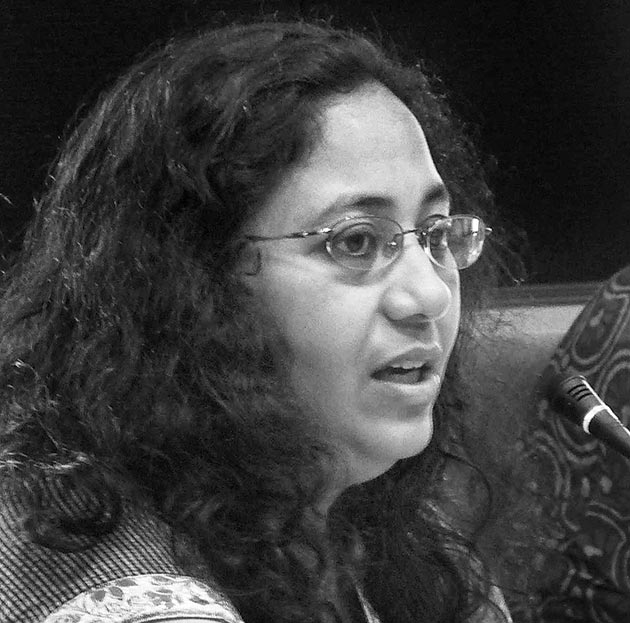 It seems so dark, really. I mean the lights were getting dimmer but this feeling of complete darkness is new. But then that always passes and we will start seeing in the dark. I just want people to stop ­thinking that the lights will somehow magically come back on. We must stop fearing the darkness and learn to ­overcome it. 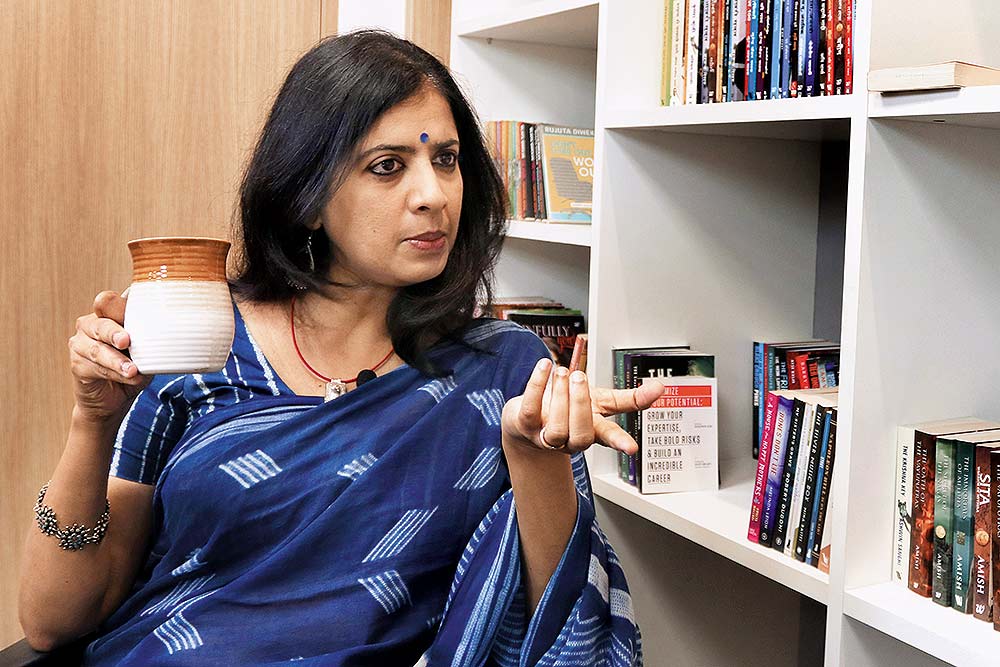 My dominant response is relief—and the perhaps naive hope that this verdict will mark the end of the sickening hate speech and blame games that masquerade as religious sentiment. As someone nourished by the rich plural traditions of this country, I see no connection between the self-annihilating devotion of a true bhakt and the territoriality and swaggering machismo of the self-appointed gatekeepers of faith. Love cannot be measured out in acres; so, there will never be a sense of complete closure because we’re obviously looking for healing in the wrong place. But once these festering property disputes subside, let’s hope we can start the more important journey of returning Ram (or however we choose to name the sacred) to where he/it really belongs: the human heart, the only place where the authentic pilgrimage ­towards wholeness can possibly happen. 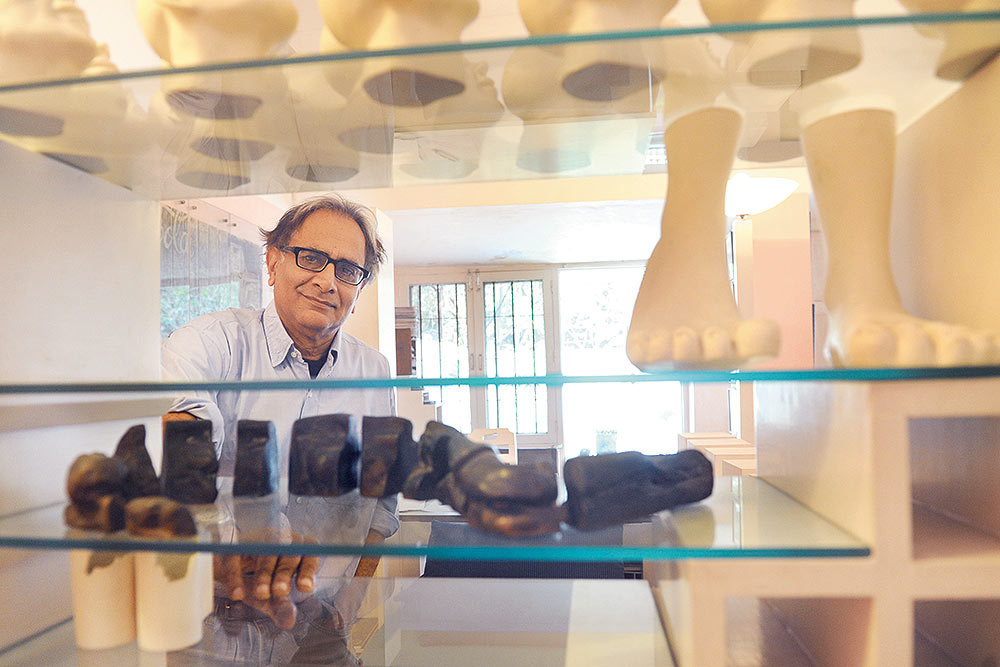 If Hinduism is an all-inclusive philosophy, it will ­allow every religion a place in the sacred sanctuary. The shape of architecture can hardly have any bearing on the quality and place of worship. So Ayodhya becomes the setting for the Friday Mosque of the Vishvanath Temple of St John the Baptist. 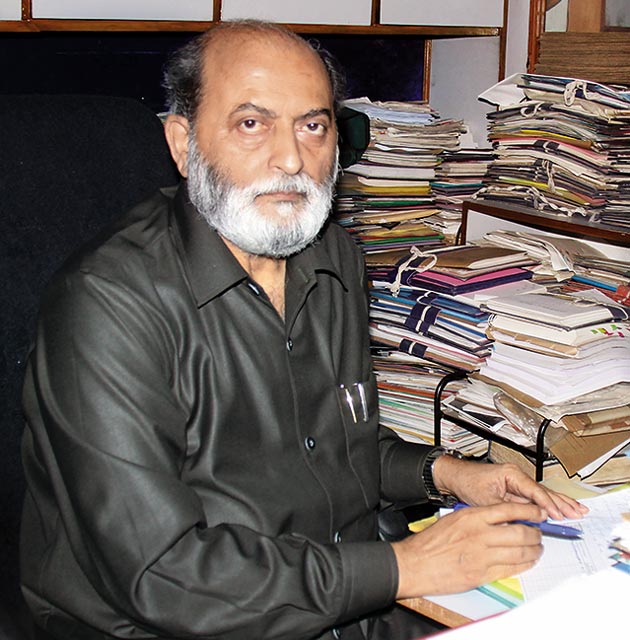 We are not satisfied with the verdict, but respect the SC. However, it’s also our right and duty to point out what we deem as errors—we do not find any justification for not granting the land to Muslims. The court has accepted our stand that it was being used as a mosque up to December 1949 at least partially. It also said that idols were placed illegally. The question is how did the idol become a deity? By invoking Article 142, the court cannot take away our rights. Secondly, we do not find any evidence for of Hindus worshipping in the inner courtyard. So we have to examine what documents the court ­referred to and relied upon. Thirdly, the SC’s ­observation that the central or state governments should provide alternative land is against the Ayodhya Act of 1993 and the Supreme Court’s ruling in the subsequent Ismail Faruqui judgment, which had challenged the act.

Another point of contention is the ‘faith and ­belief’ argument. Can the SC accept some beliefs to be faith and vice versa? It was in 1989 that Hindus first mentioned that the temple constructed by Vikramaditya was demolished during Babar’s time. The court has said this argument hasn’t been proven because the ASI report too shows a gap of 400 years between the earlier structure and the construction of the mosque.

The court has at least accepted the point of continued worship from 1857 to 1949. Isn’t this sufficient for it to accept our claim? There are documents and records with the court, including a letter of the superintendent of police from 1949 indicating that Muslims were passing through the outer courtyard and placing their shoes near the chabutra. We need to examine these. 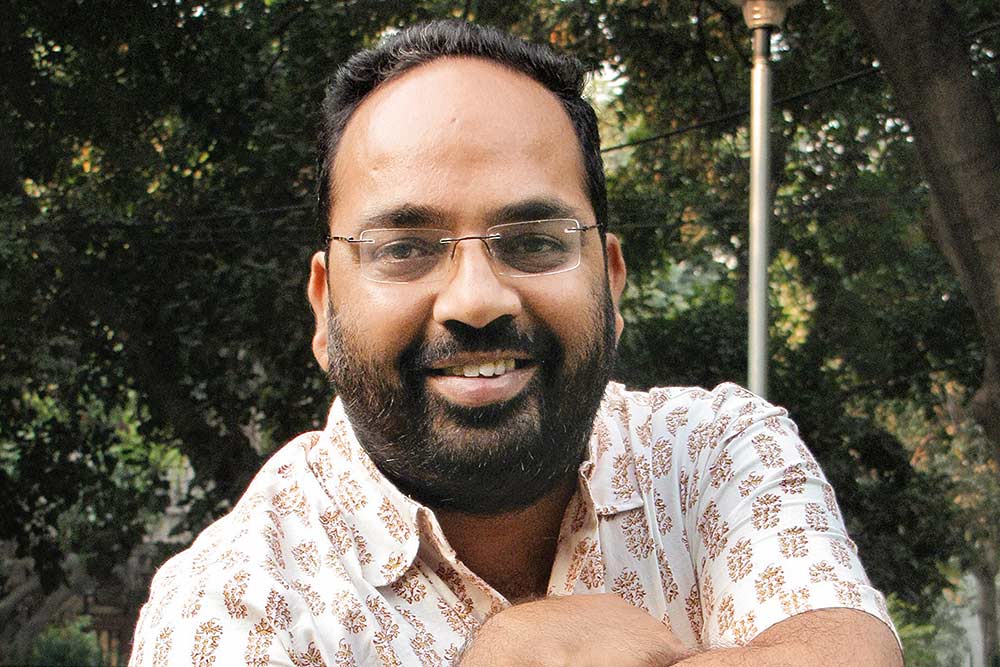 An important aspect of the Ram Janmabhumi-Babri Masjid court order—itself not signed and, hence, unattributable to any one judge—is that it quotes the Sikh Janam Sakhis in great detail to establish that the disputed 2.7-acre land of Babri Masjid was indeed the place where the mythological Lord Ram was born. In the order, Guru Nanak is mentioned 14 times.

A common charge levelled until now on the Janam Sakhis is that because they were written at least half a ­century after Guru Nanak left for his heavenly abode, they are hagiographic and mutually contradictory. How then did the honourable Supreme Court overnight decide they are among the most reliable evidence?

The intent is even worse: using one minority religion’s sacred texts to ­refute a claim of another minority and establish the claim of faith of a third majority religion is insidious to the secular fabric of our nation. The Janam Sakhis should not have been used ­because Sikhs are not party to the claim. The court needed to test the grand Hindu faith against archaeological evidence. That it did not do. Instead it has now sowed further seeds of ­discord between the Muslim and the Sikh communities. 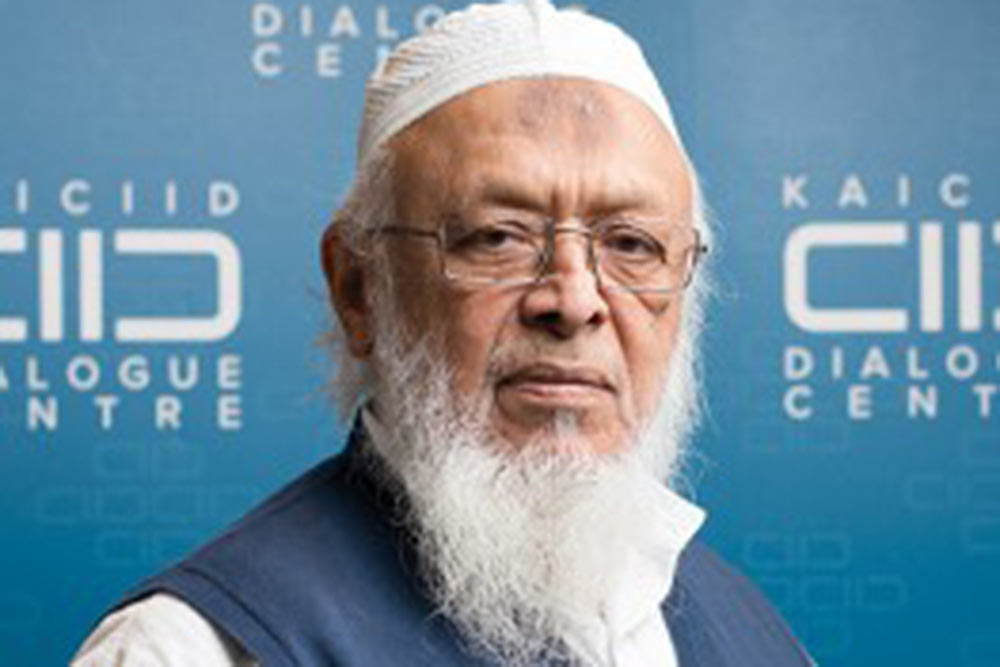 Our fight was to win the mosque back, but we failed—faith won over the law.

The SC accepted that the Babri demolition in 1992 and the placing of idols in 1949 were illegal. Then it handed over the land to the violators of the law to build a temple there. This defies logic. If I comment on the verdict, it would ­become contempt of court. Nothing is going to come out of review petitions, as it’s a unanimous verdict.

One good thing is that the SC has given a clean chit to Babar. There was this allegation against Muslims that they demolished Ram Mandir to construct a mosque. However, the SC has absolved Muslims by saying there is no evidence of a temple being destroyed. 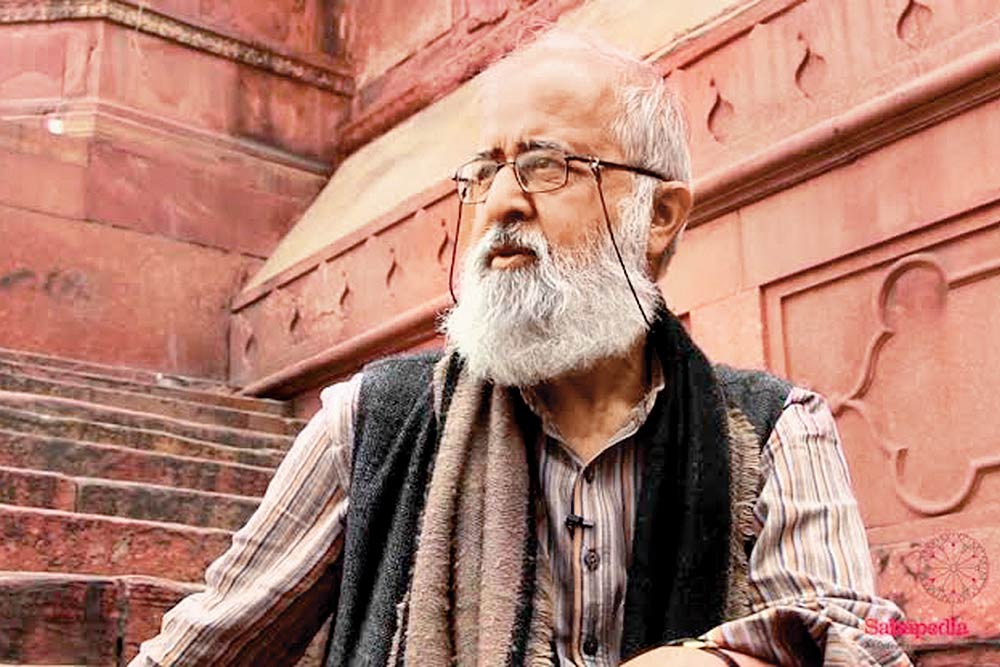 The Supreme Court verdict on the Babri Masjid dispute has triggered many jokes, one of which is about a woman who goes to court to complain that she caught another woman in bed with her husband. The court said, “Don’t worry, we will get you another bed.” This is a terrible joke, if you can call it that, but desperate situations lead to desperate ­responses and judgments that defy logic are likely to ­provoke such reactions.

The judgment—which questions the conclusions being pushed by the ASI, declares the installation of Ram Lalla’s idol unlawful and the demolition of Babri Masjid as a crime, and instructs the trial court dealing with the case to expeditiously bring the guilty to book—surprisingly gives possession to wrongdoers, while granting the complainant a bit of land elsewhere. And this, we are told, is justice.

One has heard the higher judiciary chiding judges of the lower courts that their judgments betray non-application of mind. Dare one search for the application of mind in this judgment? Does it not assure land-grabbers and ­lawbreakers that the law of the land stands behind him? Was the wronged party asking for land or was it asking for the culprits to be punished and the law of the land to ­prevail? This does not seem like justice; it appears as if a patent act of organised vandalism has received the seal of judicial approval. 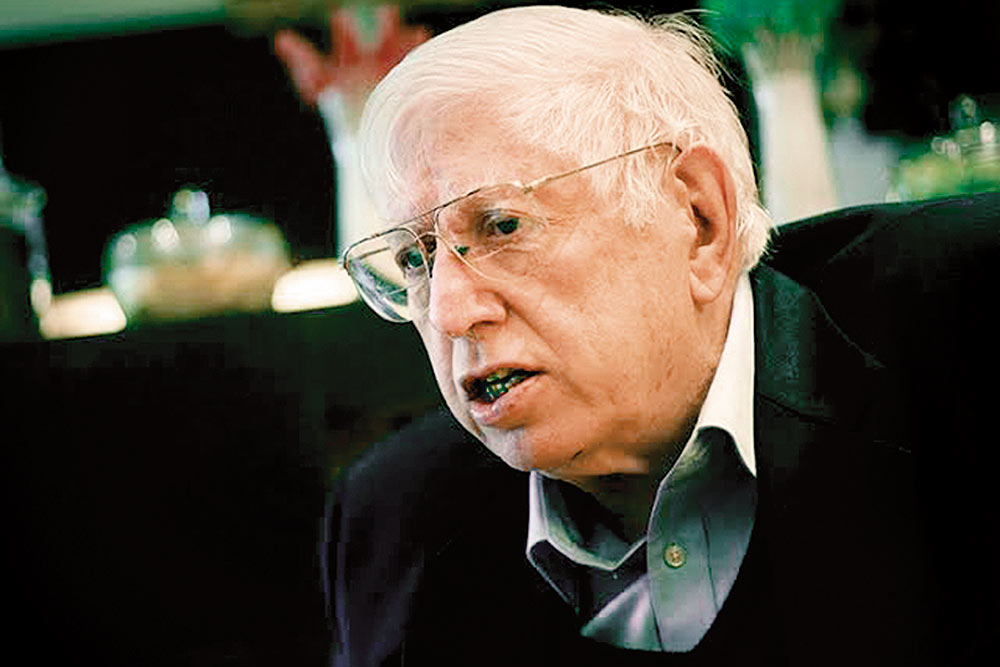 Walter Andersen
Co-author, RSS: A View To The Inside

I was surprised by the directness of the decision and the unanimity among the panel of judges (including one Muslim judge), given the court’s reluctance in the past to rule on the controversial issue. The RSS (and BJP) was, of course, pleased as it has pushed the construction of a temple at that site virtually since Independence. It, however, had cautioned against activism for the temple in the months leading up to the national elections, though it also announced that it expected some kind of action after. I am reliably told that this was because the issue had lost much of its passion, as witnessed by the ouster of the firebrand head of the VHP with the covert support of the RSS leadership. The RSS has also cautioned its members to avoid triumphalism after the verdict and is now, I am again reliably informed, meeting with representatives of Muslim groups, especially Sufi ones, to maintain peace.

The assumption that the Sangh used this issue to unite ­various Hindu communities is not accurate in the current time period, though it was true in the 1980s. Economic development (which, the PM has suggested to me, is one of the elements of Hindutva) and job creation are far more important than the temple. I am not saying it is unimportant but it is not the key issue.

So what will the BJP and RSS now use to unite Hindus?  Again, the BJP (and to a certain extent the RSS, as reflected in Mohan Bhagwat’s past few Vijayadashmi speeches) sees economic well-being as far more important to get support of the people and reduce chances of unrest. The other issue is security, which played so well in the elections. That said, the Sangh may well push for a common civil code and there are strong hints that this is an issue that will be tackled. It will also support the construction of a grand Ram temple. The move to restrict entry of Muslim refugees while accepting Hindu, Jain, Sikh, Buddhist and Christian migrants is going to be contentious, especially in the Northeast. 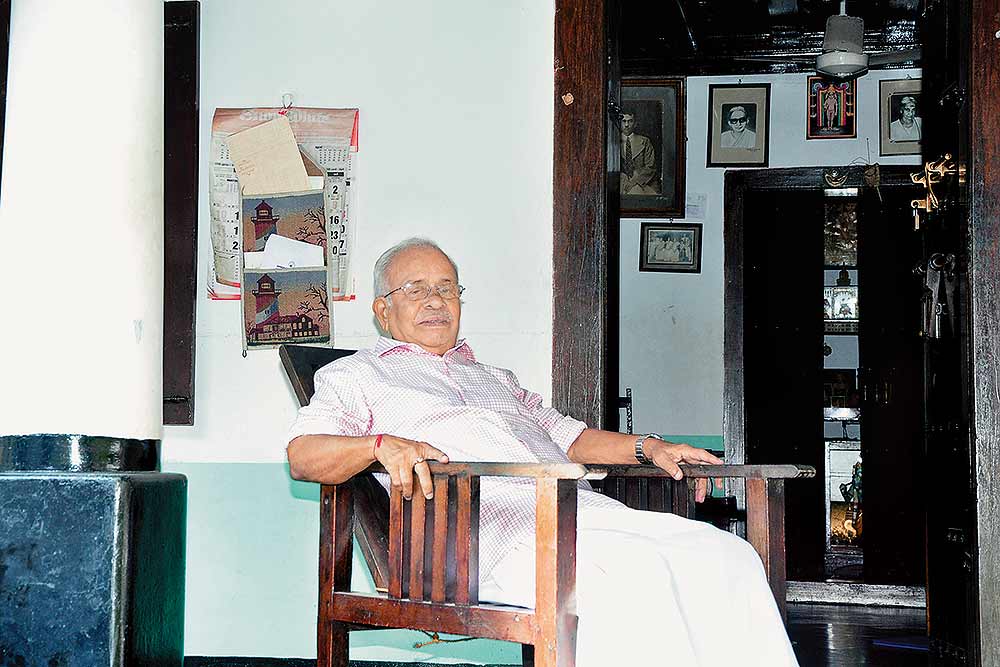 I was there when the VHP’s Kerala chapter was born in 1966, just two years after its national launch. But it was at the peak of the Ayodhya stir that I served as its central vice-president. It was a long struggle, filled with countless journeys and meetings—Ashok Singhal would be there, and Acharya Giriraj Kishore, a father-figure to me. I endured my share of toil and suffering. The arrests, and those interminable train rides from Kerala to Ayodhya—my first visit was around 1989.

From a participant’s point of view, I saw our fight as not so much against our Muslim brothers as against the pseudo-secularists indulging in votebank politics. It was they who vitiated the atmosphere. It goes to the credit of Chief Justice Ranjan Gogoi that he wanted to settle the issue in his tenure. An earlier settlement could have avoided many subsequent troubles. Justice delayed became a cause of sorrows. Now the Hindus have realised the potential of their internal strength. I feel a new era has dawned in India, of Hindu-Muslim camaraderie. A bond between two equally strong communities raises hopes of a brilliant future. The verdict has proved to be a healing balm on a centuries-old boiling wound of mutual distrust—a much-needed boon for crores of Indians whose hearts were crying for peace.

Ayodhya Verdict: How Different Is The Supreme Court Decision From Allahabad High Court Judgement Of 2010?

OPINION | Ayodhya Verdict Must Be Seen Dispassionately From The Prism of Law, Constitutionalism