In the battle over curricula, the Left tells stories that focus only on making the elite squirm in guilt, while the Right prefers glory by distorting history, but the victims remain voiceless 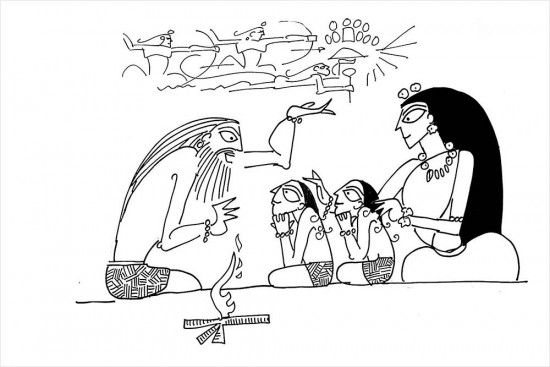 At an international conference of children’s storytelling, a puppeteer from India was stopped from telling the story of Ganesha’s birth because the organisers found the story too violent. This story from Shiva Purana has been retold in India for hundreds of years, but no one saw it causing child trauma. But in an international context, dominated by Western organisers, the idea of Shiva cutting Vinayaka’s head and replacing it with that of an elephant, was seen as triggering. The same organisers were asked if they would tell the story of the birth of Jesus Christ, where a virgin is told she is pregnant with God’s child. The organisers had no problem with that, until the puppeteer argued that it is a tale where a woman’s consent is assumed by a patriarchal god. Should children be protected from stories that normalise lack of woman’s consent? Atheists argued that both stories should not be told as they talk of supernatural beings and thus can adver­sely affect a child’s scientific temperament. Then there were gender activists fuming that the conference seemed to have privileged the binary over the queer, so as not to off­end Islamic nations participating in the conference.

You cannot please everyone. This we know. But you cannot please anyone. That seems to be the norm today, as everyone attributes agenda to every decision, to every act of commission and omission.