Why No Shaheen Bagh In Kashmir?

‘Tsunami victims cannot mourn those displaced by a storm.’ 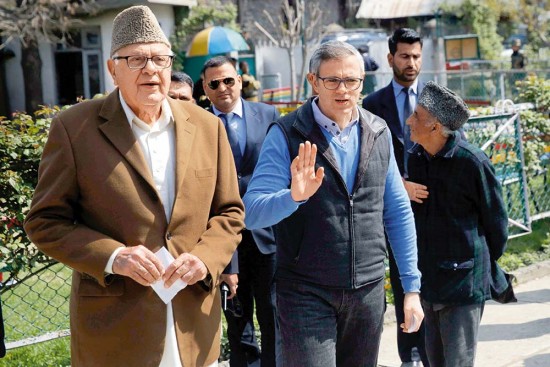 Barring a protest called by the CPI(M) in Jammu, where a few dozen people showed up, the Muslim-majority regions of Jammu and Kashmir and Ladakh have been quiet on the Citizenship (Amendment) Act. Law enforcement agencies were more concerned about thwarting any protest in which Kashmiris shout Azadi slogans. “Victims of a tsunami cannot be expected to mourn those displaced by a storm,” quips a retired government official. Since August 5, 2019, when Article 370 of the Constitution was abrogated amid additional paramilitary deployment, communication lockdown and arrests of thousands, including three former CMs, the government has followed a zero-tolerance policy towards protests in the Valley. Government forces have fired thousands of pellets on protestors in Srinagar’s old city. The Valley observed shutdown in protest against Republic Day, while the tricolour was unfurled at the anti-CAA protest site in Delhi’s Shaheen Bagh celebrating the occasion. The Azadi slogan is indeed the only commonality between protests in the Valley and those outside. “Indian liberals and Indian Muslims always took the Indian State’s line that Kashmir is an integral part of India. Now the State is doing a Kashmir on them and they are realising India has become an integral part of Kashmir,” says a senior journalist, who didn’t wish to be identified. Many Kashmiris complain that the slogan of Azadi has been “appropriated” by anti-CAA protestors and suitably redefined, but rights activist Khurram Parvez of the Jammu Kashmir Coalition of Civil Society, doesn’t entirely agree with this perception. “The Azadi slogan is essentially a slogan of resistance. The State will not allow Indian Muslims and liberals to shout it for long,” he says. “Indian Muslims and a prominent section of Indian liberals mocked at the Kashmiri freedom struggle, and projected it as Islamist jihad supported by Pakistan to justify State actions against Kashmiri people. Now, when Shaheen Bagh is being described as Islamic State-INS­pired and Pakistan-sponsored, Kashmiris are watching this reversal keenly. They are relaxed about CAA/NRC as all Kashmiris have the citizenship document mandatory under Article 370—the state subject certificate proving domicile. The possession of the document daing back to 100 years is good proof of citizenship.”