A Modi cabinet expansion raises hopes of representation everywhere, and it was a jumbo expansion too. Yet Bihar finds itself cast adrift. 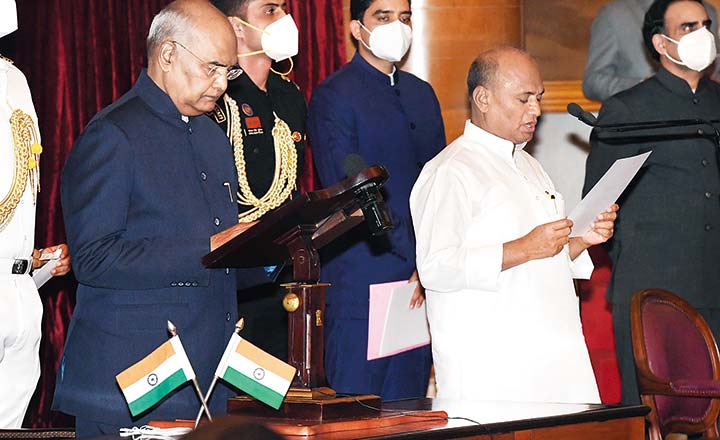 Bihar looked forward to the much-awaited expansion of the Narendra Modi ­government with bated breath, hoping for a larger representation. If speculation in the run-up to the reshuffle was anything to go by, it seemed as if this was a foregone conclusion. But that was not to be. The biggest shock was for the Bihar BJP, with Ravi Shankar Prasad axed from the cabinet. Sushil Kumar Modi, brought to the Rajya Sabha by the BJP’s top brass after last year’s Bihar election, was expected to get a plum portfolio, but was ­eventually not anointed as minister. Despite Giriraj Singh and Raj Kumar Singh being promoted to cabinet rank, and Ashwini Kumar Chaubey ­retaining his place as a state minister with changed portfolios, Bihar’s representation plummeted to an all-time low.

Besides, as the JD(U) had finally agreed to join the Modi government after Nitish’s previous refusal when his party was given only one cabinet berth, it was assumed that the JD(U) would get a fair share now. Political pundits predicted at least two cabinet and two state ministerial berths for the party. But all expectations were dashed to the ground on July 7, with JD(U) ­getting only one cabinet berth—the steel ministry for its national president R.C.P. Singh (in pic). Pashupati Kumar Paras, leader of a breakaway faction of the LJP, filled the slot left vacant since the demise of his brother Ram Vilas Paswan last year.