Home Society
The Secret Diary of the ’umble

The citizens of Paris ushered in Liberty, Equality and Fraternity by having their guillotine blades polished but it was still a strict ‘No, No’ to bomb the innocents. 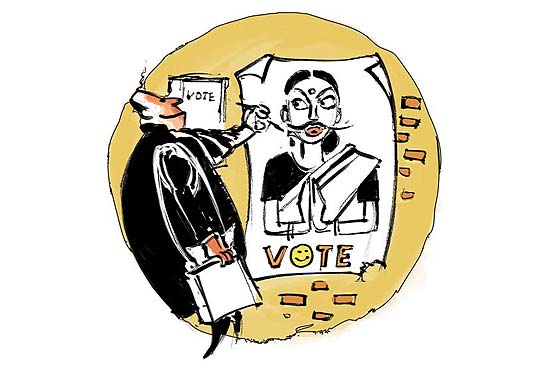 Bang, bang, bang...went the noises. I dived under the writing table and prayed. Gunshots? Aimed at our Marvellous Freedom of the Press? Targeting satirists? But, O Lord, why me? The recent Paris killings at the French satirical weekly made it clear no one was safe from terrorists, even those who did not understand satire.

The day after the Paris shootings, friends warned me to be careful. “Of course, you are one of them, the cursed species called satirists.” But then India was not enlightened Europe where Jonathan Swift was free to ridicule his own countrymen for lacking a sense of humour. Paris was tailormade for satire. Chorus girls wore next to nothing on stage, showed audiences their backsides, lifted their legs high and danced the ‘Can Can’, the high form of French dancing. No wonder American satirist Art Buchwald produced his best work for the Paris Herald Tribune. But Paris was safe, we believed. The citizens ushered in Liberty, Equality and Fraternity by having their guillotine blades polished but it was still a strict ‘No, No’ to bomb the innocents.