It Just Turned A Long March 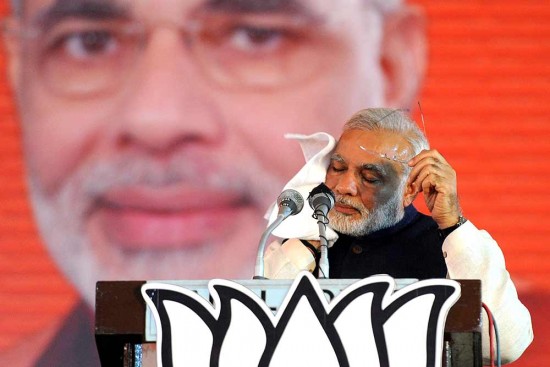 When Narendra Modi delivered his vision speech at Ramlila ground in New Delhi last week, the 90-minute address to the BJP National Council Meet was followed by a brief one by L.K. Advani. The BJP veteran praised Modi’s speech, but warned the party not to become overconfident, as it was before the 2004 Lok Sabha election. Many in the Modi camp see the election as a cakewalk for their leader, but seniors within the party and the RSS see roadblocks aplenty. Serious issues rem­ain, and if left unaddressed, Modi will have to remain PM-in-waiting for another five years. A look at a few of these concerns.

One-man show: Campaign Modi is not an exercise planned, managed or being executed by the party. Many senior leaders, in fact, have no idea what it ent­ails; they are just the faces on the stage or on posters. There are ghostly echoes of 2004, when it was left to one man—Pramod Mahajan—to manage the party’s campaign. However well-planned, high-tech, creative or deftly managed such effort may be, the lack of inclusiveness and disconnect can only be unhealthy for the team and the organisation.