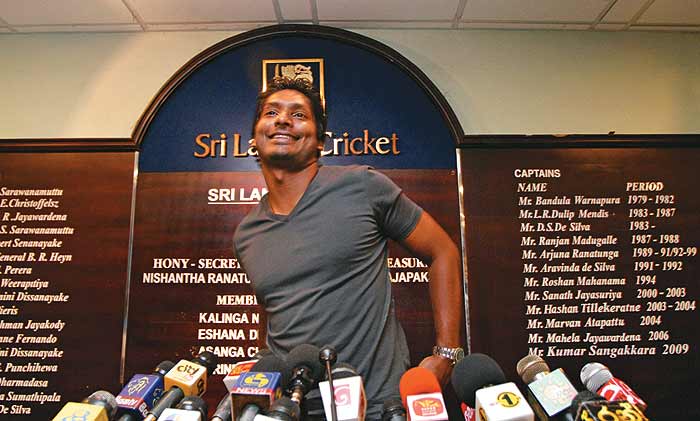 Dashing Sri Lankan skipper Kumar Sangakkara perceives, in the World Cup triumph of M.S. Dhoni and his men, a metaphor for a new India on the rise, confident, aggressive, and incredibly smart. He tells Outlook: “The coming together of Team India in this World Cup was a significant representation of the changes that have taken place in the past few years not just in Indian cricket, but also in the nation.” Sangakkara should know—he has been participating in the Indian Premier League, has toured India several times, and has the brains to comprehend societal changes.

What caught Sangakkara’s attention were the players who symbolise Young India in Dhoni’s team. Younger Indian cricketers such as Virat Kohli, Suresh Raina and Gautam Gambhir embody emerging India’s cool aggression. “They are poised to become world cricket’s future,” Sangakkara says. He praises the new generation of Indian cricketers for shouldering the responsibility of their team, of mixing talent with strategy. “Their nerves were strong and their responses to tough situations on the field were excellent,” he adds.