Its absurdist take on the builder-administrative mafia makes it as relevant now as then. A don’t miss 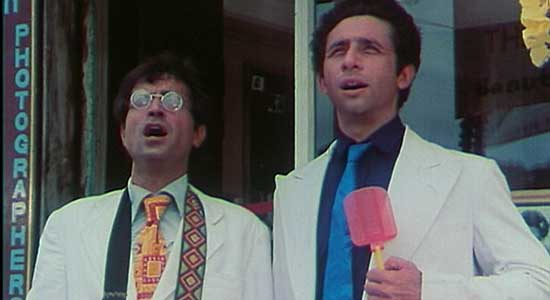 Does one really need to recommend this classic as mandatory viewing this Friday? The Sholay of alternate cinema may not have set the box office on fire when released 29 years ago, but has become a cult favourite through the TV and home video route. Like Sholay’s dialogues, one has learnt JBDY’s scenes and gags by heart: be it the cake scene (thoda khao, thoda phenko), the play on ‘gutter’, or the Mahabharat-Salim Anarkali stage mashup. Perhaps, in the nth viewing, other aspects may stand out—like Vanraj Bhatia’s superbly thrilling, ominous score, Anita Kanwar’s fantastic dubbing for Bhakti Barve, Vidhu Vinod Chopra’s cameos or the number of times the characters slap each other. One might also dwell on how Shah inventively references the Marx Brothers (the mirror and secret phone call between Naseer and Satish Kaushik, the Night at the Opera-like climax) or the tribute to Michelangelo Antonioni’s Blowup (look for the name of the park). JBDY’s Bombay may look a lot less crowded, the clothes and get-up very retro and bribes worth Rs 1 lakh a pittance, but at a time when corruption has become the buzzword, the film’s absurdist take on the builder-administrative mafia makes it as relevant now as then. A don’t miss.