It’s a talkie that gets way too boring beyond a point. 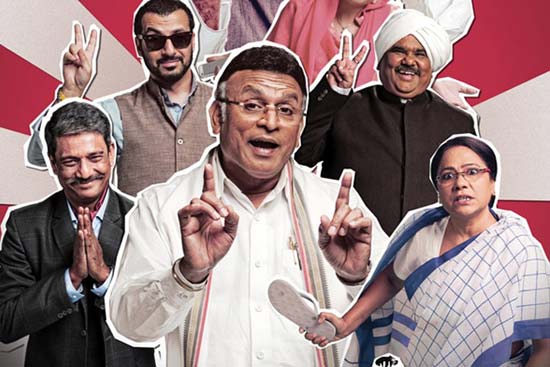 Crushed in Cairo, Banged in Bangkok, Democracy in Delhi since 1947: the only original bit about Jai Ho Democracy is its play with the film festival participation plaques in the opening titles, to underscore the abuse of democracy the world over. The film that unfolds disappoints. On the Indo-Pak border a rooster enters the no man’s land, both sides claiming it to be theirs. As tension escalates, the media goes on an overdrive and politicians dither. It’s a well-intentioned film on the chaos, confusion and madness of democracy. But the execution leaves a lot to be desired. Kapoor has some of the finest actors on board. Here each one of them, save Om Puri to an extent, goes over the top. The film itself, as it keeps alternating betw­een two locations, gives the feel of a rather static, staged play. It’s a talkie that gets way too boring beyond a point. Some of the caricatures, like that of Mayawati, are broad and obvious, the lampoo­ning of the media too has a ‘been there, done that’ feel. The satire is far from biting, more a loud farce that gets progressively slipshod as it hurtles towards a grating slapstick of a climax on the one hand and a naive, utopian fantasy of a finale at the other. Save it for a TV viewing later.