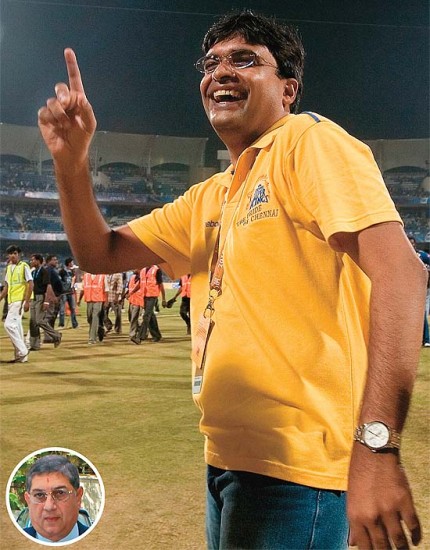 Gurunath Meiyappan met his wife Rupa through their common love for the game of golf. They married in 2001. Grandson of the legendary A.V. Meiyappan (of the avm film banner, one of  the few large studios still running in Tamil Nadu), Meiyappan Jr had little interest in movies, go-karting and golf being more his passions. His IPL ties came after father-in-law, BCCI chief N. Srinivasan, made him boss of his team Chennai Super Kings to avoid a conflict of interest issue. Meiyappan now finds himself in a spot for betting on matches (and possibly ‘fixing’ too), and was arrested and cha­rged with gam­bling and cheating earlier last week.