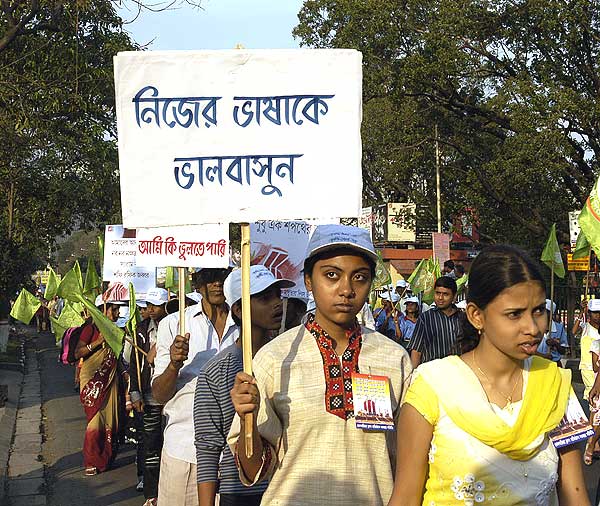 It may be a universal skill but Bengalis do wield it with a special skill: injecting into every language they attempt to speak a particular sound that is forged in the smithy of their own accents. When Pranab Mukherjee, a famed practitioner of the standard deviation, assures all in his budget speech that he was “bhery” happy to “inphorm” the house on sundry matters, a newcomer to India could be forgiven for wondering whether his speech was indeed in English. The FM can’t of course change channels at this stage—and why must he? After all, accent is only an endearing oddity that may go into oblivion sooner than we think, as a standardised speech conquers everything in its wake.

For, it appears Bengalis in general—for all their reputation for language conservatism— are not really as set in their ways as Calcutta’s trams. The hip, new Bengali playing on FM channels, in TV ads and soaps shows all the classic signs of hybridity. The all-pervasive influence of the mass media has ensured that Hindi is making subtle and not-so-subtle inroads into the language of Jibanananda’s poetry and Bibhutibhusan’s prose.