D.I.Y. Chandrachud: A Judge Who Is Not Afraid To Dissent

Articulate dissenter, votary of individual liberty, son: who is the liberals’ new darling? 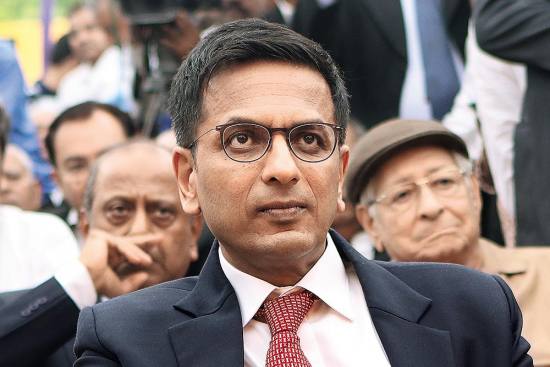 Some looked away, some smiled at each other as cameras flashed the most at one among them. Collectively, the judges could have been made a full constitutional bench or three, but they were all on the lawns of the Supreme Court, waiting. It was the final public event for outgoing Chief Justice Dipak Misra, the Supreme Court Bar Association’s farewell tea party. But at this point, the cynosure of all eyes was Justice Dhananjay Y. Chandrachud. The man himself tried his best to deflect the attention—but he had done a good job of attracting it in the first place.

Judges of the Supreme Court, mostly ensconced behind a table on a raised platform, are not used to cameras. But the photojournalists had a nose for news—they weren’t enamoured of any of the other judges. The ‘dissenting’ judge—whose strong, clear and rationally orde­red arguments for personal liberty and other constitutional virtues had left their mark on a string of recent landmark verdicts—is who they wanted to frame within their crosshairs. It was fin­ally only upon the arrival of Justice Misra and the inc­oming Chief Justice Ranjan Gogoi that their attention shifted and the discomfiture left Justice Chandrachud’s face.