There's more to the town than sleaze, scandal and silk and Jayendra Saraswati's made a quiet comeback 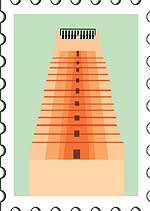 My first brush with Kanchi­puram was as an Outlook reporter in August 2001. I was investigating the charge that the CEO of the district, Jayendra Saraswati, had seg­re­ga­ted hostels for Brahmin and non-Brahmin stu­de­nts in the engineering college under the San­kara math. The math had by then acquired hos­pitals, erected a deemed university (with P.V. Narasimha Rao’s abiding grace) and was plan­ning an IT Park. I filed the report proving how the seg­re­ga­tion was indeed true, but within days, 9/11 hap­p­ened. The story never app­ea­red. I revisited the town in 2003 when Jayendra began med­dling in the Ayodhya-Babri dispute at the behest of the then BJP government. Soon, in September 2004, A. San­ka­raraman, a former math fun­c­tion­ary, was hacked in the premises of Varadarajaperumal temple. Chief minister Jayalalitha (of the extra a) decided, for once, that the law could take its course. Jaye­n­dra became the first accused. While the sub­sequent Kar­una­nidhi regime weakened the case, Amma was exp­ected to tighten the scr­ews again. But she got busy attending to other loose screws. Today, pos­ters near the math herald Jayendra’s 78th birth year. He has made a quiet comeback.