Keep An Ear Out For Whispers 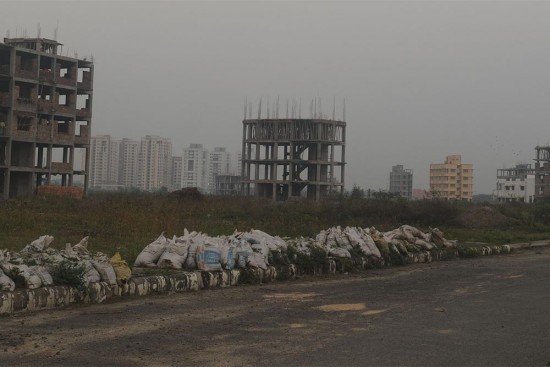 “Sometimes, when I go for an evening walk, I feel a chill creeping up my spine and I quickly rush back homewards,” says Prashant Dhokalia, a resident of New Town, the urban district springing up in the fringes of Calcutta in the last decade and a half. The IT professional, who had rented an apartment in a high-rise tower in the vic­inity, had moved to the township along with his wife five months earlier when he landed a job at a software firm in nearby Sector 5, Bengal’s IT hub.

What struck him was the utter urban deso­lation—for miles, row upon row of uninhabited buildings. Fully-constructed complexes stare at one vac­­antly through darkened hollows of spaces left for doors and windows. Steel meshes from unfinished constructions serve up an unnerving grin. “Our landlord had said most of the empty flats would fill up, but I have come to learn that it has been years since these were built. But no one lives here. We are the only residents occupying a building with 90 flats.” Dholakia admits that the nights are especially ‘creepy’; the couple is considering moving out at the first opportunity.