Kicking As He Goes 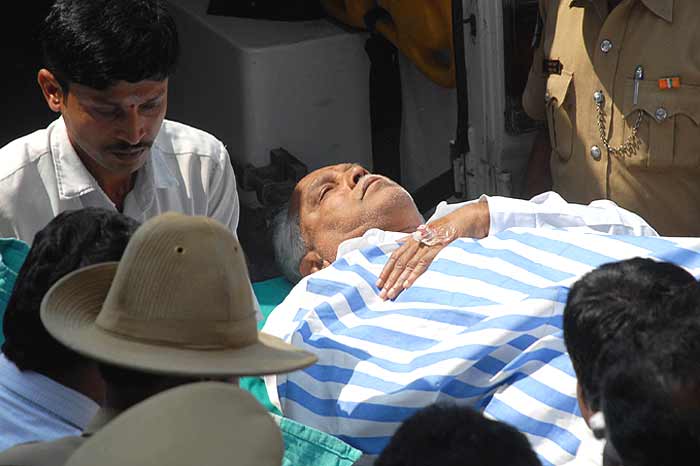 What Does It Take...

Former Karnataka chief minister B.S. Yediyurappa, who has been hopping from hospital to hospital imagining ailments simply to avoid spending a night at the Central Prison, Bangalore, genuinely believes he has been framed. Since stepping down from his post in July, he has drowned himself in victimhood narratives. In his private conversations, his supporters say, Yediyurappa has repeatedly blamed his plight on H.D. Deve Gowda and his sons, BJP national general secretary H.N. Ananth Kumar, senior BJP leader L.K. Advani and former Lokayukta Santosh Hegde, among others. “He has come to believe these people have worked overtime to fix him,” says a former aide. “He wants to get back at them.” Ironically, Yediyurappa’s arrest, on October 8, essentially on a host of corruption charges, came at a time when Advani was on his anti-corruption yatra. No wonder Advani has distanced himself from his party’s stalwart of the south.