I pretended to hate communal politics but now I am one of its leaders... 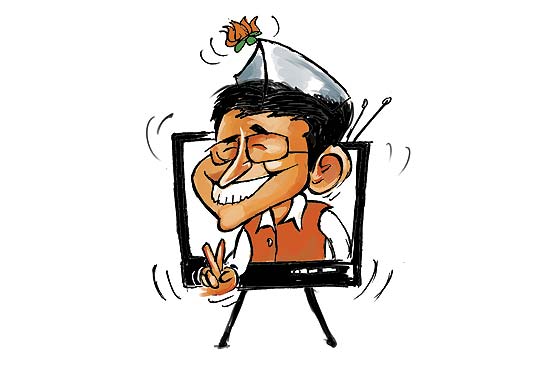 Well, I do need a new identity. Lincoln went from log cabin to the White House. In the US, generals leapfrog from army ranks to the White House. That did not happen with the nation’s police force though. No spook has ever reached such heights, including J. Edgar Hoover who knew everyone’s dirty sec­rets. Well, I was a top cop but for people’s secrets you better approach Pooja Bedi who has more access to those in her columns.

Whether you like it or not, my rise in politics was meteoric. I pretended to hate communal politics but now I am one of its leaders. I pretended to dislike holding any official political post but within days of joining the BJP, which I pretended to hate, I accepted its offer of a possible post-election chief ministership of Delhi. How did all this happen? I don’t talk about this much but God told me to enter politics and I could not refuse his command. When I was with Anna Hazare, I had said I was all for truth and action against corruption. But there was no command from God (Anna was no god for why didn’t he prove his ‘immortality’ by fasting for longer periods?) Corruption or anti-corruption, I have always had a healthy appetite and was soon disillusioned with Anna who annou­nced a fast at the drop of a Gandhi cap.

Even in the police force, I believed we should not waste any opportunity and always seek publicity. The media was eating out of my hand, they named me ‘Crane’ Bedi because I carted away even VIP vehicles which were wrongly parked. I made an exception for media-owned cars though. And then I discovered the impact of television and worked to become the most famous police face on TV. In fact, Modisaab told me he took to TV overkill following my example and look where he is!

Now there comes a time when you have to be at the centre of the...