I proclaim that as a proud citizen of Arunachal Pradesh I eat beef and other meats. 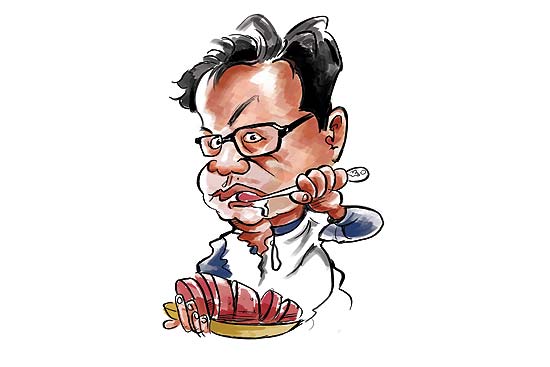 Who decides on who can go to Pakistan and who can’t? Even Najma Heptullah, the most ill-informed political leader next only to Hema Malini, knows it is the home ministry and not the minority affairs minister. At least, former minister Najma Heptullah knew this. But not her successor Mukhtar Abbas Naqvi! Why does he speak out of turn and embarrass himself, the government and the respected prime minister? Everyone knows why Naqvi was chosen in the cabinet. He was to represent the happy prosperous, well-fed, chubby-cheeked minority community member who had prospered with the BJP and continued under the patronage of NaMo. Whether at party meets, public meetings or in Parliament, Naqvi had to keep his eyes open, mind alert and cheer the PM. Had he been a cricket cheerleader, he would be an automatic choice. The chubby, pink cheeks and good clothes were an asset though it is doubtful if Mukhtarbhai would have agreed to wear ‘short shorts’ and bare his legs! He may yet do that if NaMo orders him to do so under a second regime though.

I have no objection to all that. As minister for minority affairs, he had no business to discuss the views of the home ministry and my role in it. Neither I nor my senior Rajnath Singhji will tolerate this blatant interference and the matter will be taken up with the PM. How dare they showcase Abbasbhai to advise that those who wan­ted to eat beef should go to Pakistan? Look, I made it clear in public that I was from Arunachal Pradesh and eat beef for breakfast, lunch and dinner. I love a juicy steak and if you ever read English books you will understand the importance given to succulent steaks, roast beef sandwiches and so on. If you chose to ignore these, you are the loser.