Home Sports
the Secret Diary of

"Arjuna sir, at today's toss should I call heads or tails?" I inquired. "Just say you have no idea," was his advice which I religiously followed 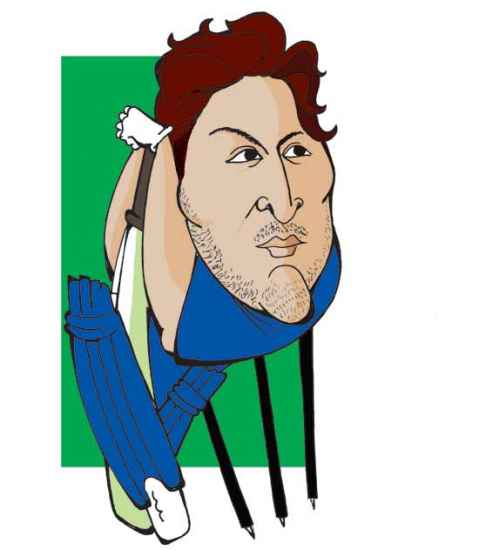 Cricket is a game played in the middle and analysed and dissected for days on end by couch-surfing experts. Which is exactly why much is still being written about why we lost and India won the World Cup finals at the Wankhede. Well, as far as our defeat goes, here’s an inside story not quite known to the pundits. It all started two months ago while we were training at the Premadasa. I was sharing a joke with Murali when out of the blue we had a VVIP in our midst, the President himself, Mahinda Rajapaksa. He seemed to be a man on a mission for he ignored us all and summoned coach Trevor Bayliss, talking to him animatedly for over ten minutes. Naturally, curiosity got the better of us but despite straining our ears, we couldn’t make out what he was saying. Later, Trevor revealed that Mr Rajapaksa had drawn up a grand plan to ensure a Lankan victory.

At the core of it was what the Prez described as a “magic potion” that can render any mission impossible, possible. “Mr Rajapaksa said he would send the performance-enhancer through Colombo-based operatives of the Mossad. Apparently, 50 ml has to be consumed on the day of every match with breakfast for maximum effect,” Trevor explained at a hurriedly called team meeting. Frankly, I was quite worried. “Mr Bayliss, I hope we are not being given steroids,” I said with concern in my voice. “Naah,” he shot back, “it is absolutely legit stuff smuggled out of India by Israeli agents.” Anyway, when the potion finally arrived in plastic cans marked ‘Mak’, we discovered it was semi-viscous and smelt like engine oil and didn’t at all go well with toast, although Dilshan thought it was okay with idlis and aloo parathas. As for me, I had to lead by example, so I dutifully downed the vile stuff right through the World Cup and imagined myself to be some kind of Asterix. And to give the devil its due, the president’s formulation worked well till the semis. Incidentally, every time we won, the Prez would ring up all excited. “See Kumar, Mak makes it possible. I was right...something which can make trucks and bikes run can make cricketers tick.”