Modi’s Bangladesh visit finds the nation battling for its soul, as its two begums battle each other 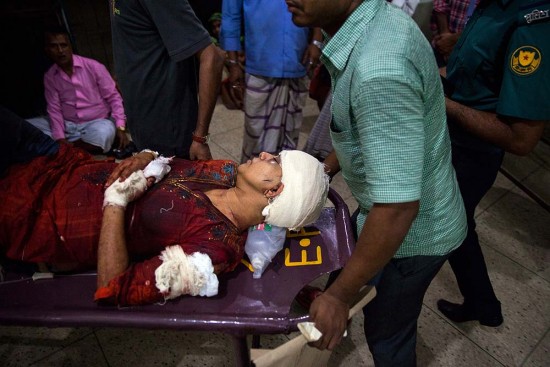 On May 12 early morning, Ananta Bijoy Das, a 32-year-old resident of Sylhet city in northeastern Bangladesh, was hacked to death by four masked men while on his way to the local bank where he was employed. Bijoy was a well-known blogger whose posts in Mukto Mona (Free Thinkers),  a blog against religious fundamentalism, was extremely popular in his country and beyond. But his killing was not something in isolation; rather, it seems to be part of a very dangerous trend in Bangladesh. In February this year, US-based Bangladeshi blogger Avijit Roy was hacked to death in Dhaka while he was visiting a book fair in the heart of the capital with his wife. A month later, in March, 27-year-old blogger Washiqur Rahman ‘Babu’ was killed in a similarly brutal fashion in broad daylight in Dhaka. Two years back, another blogger, Ahmed Rajib Haider’s gory death in Dhaka had sparked off days of street protests and demonstrations. The condemnation from different quarters of Bangladesh and the world notwithstanding, there is nothing to suggest that such cruelty against those perceived to be ‘anti-Islam’ by virulent religious fundamentalist groups would end soon.

“It is an extremely dangerous trend and we are all very concerned over the impunity with which these attacks are taking place,” says Bangladesh Supreme Court lawyer Nihad Kabir.