Lengthening Shadow Of The Lifelong Quester

Accessible, humane, unsparingly critical—this is a clear-headed account of the years that made the Mahatma, with a few curious absences 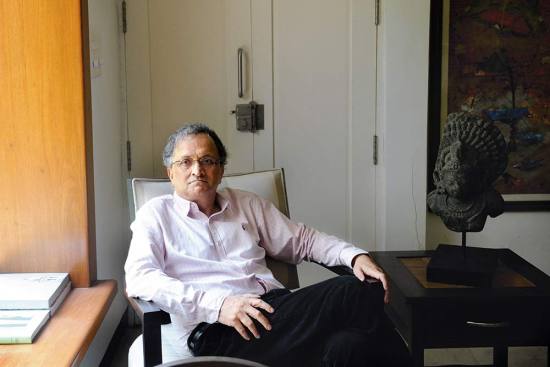 The Indian freedom movement did not take place on a smooth plain. Its terrain was rough, full of ups and downs and twists and turns. Many of those who travelled in that terrain were of an uncommon calibre.  Still, a great number of them stumbled and fell by the wayside. A few managed to survive and reach the destination. And Gandhi led them all. His is easily among the most extra-ordinary stories ever told and he easily the most widely known modern Indian anywhere in the world. I had been asked about him by ordinary people in countries as far away as Costa Rica. They were amazed, as Einstein rightly predicted, that such a man could really exist. Nearer home, there are a few who revile him and attribute to him diabolic qualities which, if he had been told that he had had them, would have induced a smile from him. Just a few days ago, I saw a poster carrying a huge picture of a Southern politician (with an inset of Modi) and rather triumphantly calling him the Godse of South India.

It did not elucidate which modern Gan­­dhi he was zeroing on. Seventy years after his martyrdom, Gandhi is many things to many people. Still, there is a quintessential Gandhi, as seen by his adulating, friendly, critical and con­temptuous contemporaries and as may be distilled from his life and writings. It is this Gandhi that Guha presents in his book in an easy and a graceful style. The book runs into over eleven hundred pages, but its flow would mesmerise even persons who hate huge tomes, like me. It is said of some masterpieces of painting that whoever is assessing them is being assessed in turn. This is true of Gandhi too. In my assessment, Guha will be counted among the great biographers of the world.