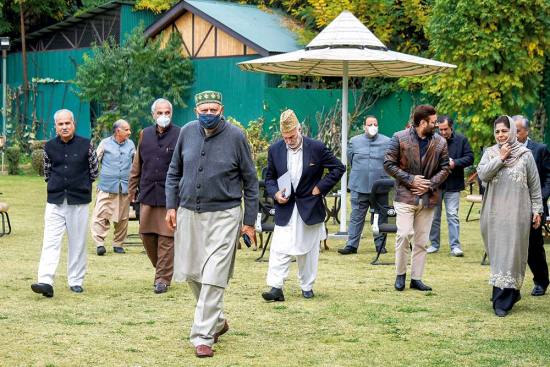 When the BJP government threw down the gauntlet in Kashmir, it was expected to go unchallenged. But the Political Alliance for Gupkar Declaration, an amalgam of different parties seeking restoration of Article 370 had different ideas.

On November 7, the alliance—which includes the Peoples Democratic Party, National Conference, People’s Conference and CPI(M) along with the Congress—announced its decision to contest the district development council polls scheduled for December. The council polls are being held for the first time in Jammu and Kashmir, which was stripped of its special status in August last year and the state bifurcated into two Union territories.