After being dealt a bad hand for long, Arunachal Pra­­desh, Mizoram, Nagaland, Meghalaya, Sikkim and Manipur finally got the opportunity to debut in first-class cricket. 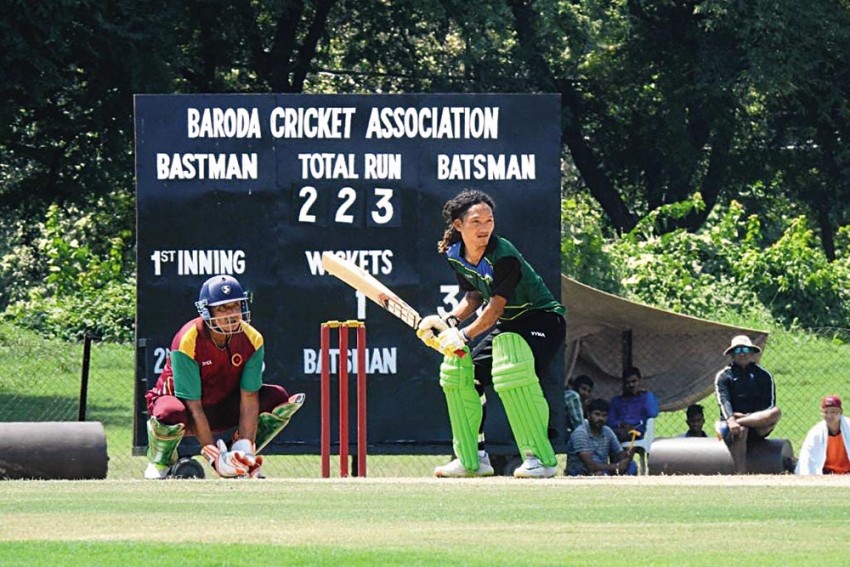 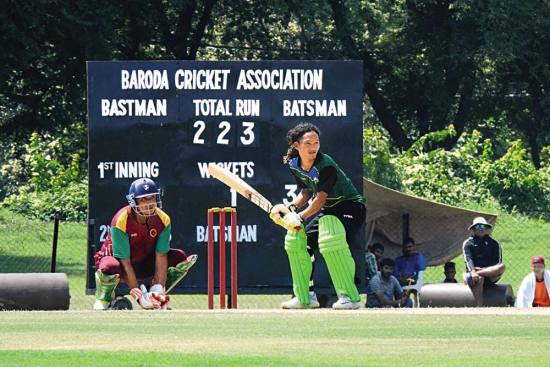 During penalty shootouts, the onus is on the taker of the shot—when every try creaks under the nerve-wracking pressure to convert, goal­­keepers have little to lose. Likewise, the six Northeastern states—Arunachal Pra­­desh, Mizoram, Nagaland, Meghalaya, Sikkim, and Manipur—making their first-class debut in the ongoing domestic cricket season, have everything to gain, irrespective of the position they eventually attain. The other first-timers, Uttarakhand and Pondicherry, besides the comeback team, Bihar, will also be richer by the experience gained from this ‘season of change’.

While the other NE states, Assam and Tripura, have been competing in BCCI-organised tournaments, the Board has treated most of these associations with casual, belittling contempt over the years. Truth to tell, the BCCI’s starkly obvious bia­ses are linked directly to votebank politics. The most bizarre example is of Mizoram which, inexplicably, wasn’t even accorded affiliate membership, the third and lowest category that existed till recently. The BCCI’s ske­wed rules meant the NE associate and affiliate mem­­ber sta­tes’ participation has so far been limited only to junior  tournaments for boys and girls. And that too only amongst themselves—an instance of shocking segregation. Ranji Trophy and other tou­­rnam­ents were out of bounds; joining mai­­n­­stream cricket was a dream they dared not dream.

Northeastern states’ fusion into mainstream cricket came through an unlikely route. When the 2013 IPL betting-fixing case was being heard in the Supreme Court, the judges expanded its scope and commissioned the Lodha Committee to suggest reforms in cricket administration as well. For these deprived NE state associations, that opened the gates of a fiercely guarded castle.

The new entrants are presently competing in the Vijay Hazare Trophy, a 50-over/innings tournament organised by the BCCI, in an especially-created ‘plate group’ for the nine debutants. The players’ performance so far has not been extraordinary, but that was only expected from the fleet-footed, enthusiastic yet raw and inexperienced players. To be fair, the new teams got little time—some got barely a week—to train their players into match-readiness.

Cricket in the Northeast suffers from an acute lack of funds and absence of organised state cricket, leading to low exposure.

Former India batsman Gursharan Singh, who is coaching Arunachal Pra­d­esh, says that cramped for time, his team’s camp had started even before he joined. “Arunachal’s camp in Goalpara, Assam, began on September 8 and I joi­ned the next day. I was given 15 players selected for the Vijay Hazare Trophy. Five more will be added for the Ranji Trophy, beginning in November. I found that these boys are keen, passionate and ready to learn,” Singh, who captained Punjab to their maiden Ranji Trophy title in 1992-93, tells Outlook.

Techi Doria, Arunachal’s opening batsman, gave his and Gursharan’s confidence a fillip when he became the first indigenous player from any of the six NE states to crack a century in a first-class 50-over match. Against Sikkim in the Vijay Hazare Trophy in Baroda on Sep­tember 21, he hammered 122 (149 balls, 13x4s, 3x6s) to help Arunachal win by 49 runs. “I taught him how to play a long innings, and inculcated in him the importance of technique and mental skill. He is our Bob Marley,” Gursharan said, making a flattering reference to the legendary Jam­aican singer-songwriter. 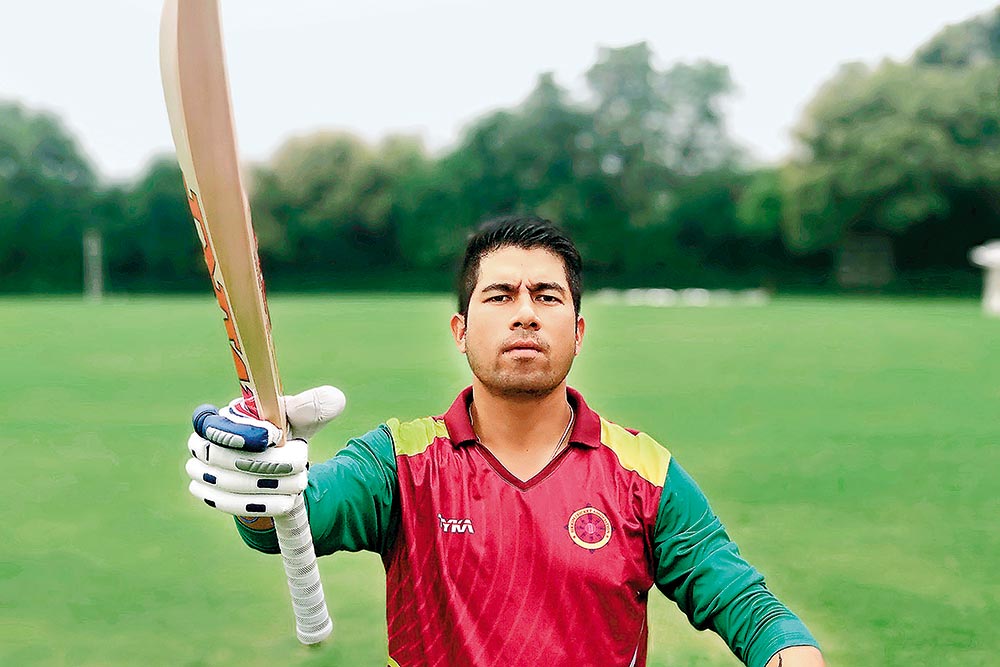 Nilesh Lamichaney, the first Sikkim player to hit a century

If Northeastern states didn’t get eno­ugh time to prepare, the problem was not of their own making. The SC delivered the judgment, removing all doubts about their participation in national-level tou­rnaments, on August 9. Then, the BCCI took time to assign the support staff—a coach, a trainer, physiotherapist etc—and a ‘home’ venue to the six entrants.

Lack of proper infrastruct­ure has been an issue, though it’s not as bad as BCCI administrators have been cla­iming it to be over the years, along with low standard of cricket, to deny them full mem­­ber status. But graver, systemic issues have held them back for long: lack of funds, absence of structured state cricket and insufficient expos­ure. These need to be addressed soon for NE states to play catch-up. Of course, they can only improve from their current state. And with BCCI elections expected to be held according to the revamped con­­­­­stitution before the year is out, a new set of administrators would hopefully deal them a fair hand of cards.

In their run towards excellence, Northeast cri­cketers have an advantage—a natural athleticism that others would train for years to equal, a point on which both Nagaland coach Kawaljeet Singh, one of the most unluckiest off-spinners not to represent India, and Gursharan agree. “Northeast guys are very athletic. They look good cricket-wise, are talented, but they need exposure and guidance. By playing with professionals in the team they will only get better,” Kawaljeet, a former Hyderabad captain who represented India A in the ’90s, tells Outlook from Vadodara, where Nagaland played their Vijay Hazare Trophy matches. Gursharan chips in: “Their fitness is generally very good; they run very fast. They have sweated a lot at the camp. I’m concentrating on their skills, because results will not come immediately.” 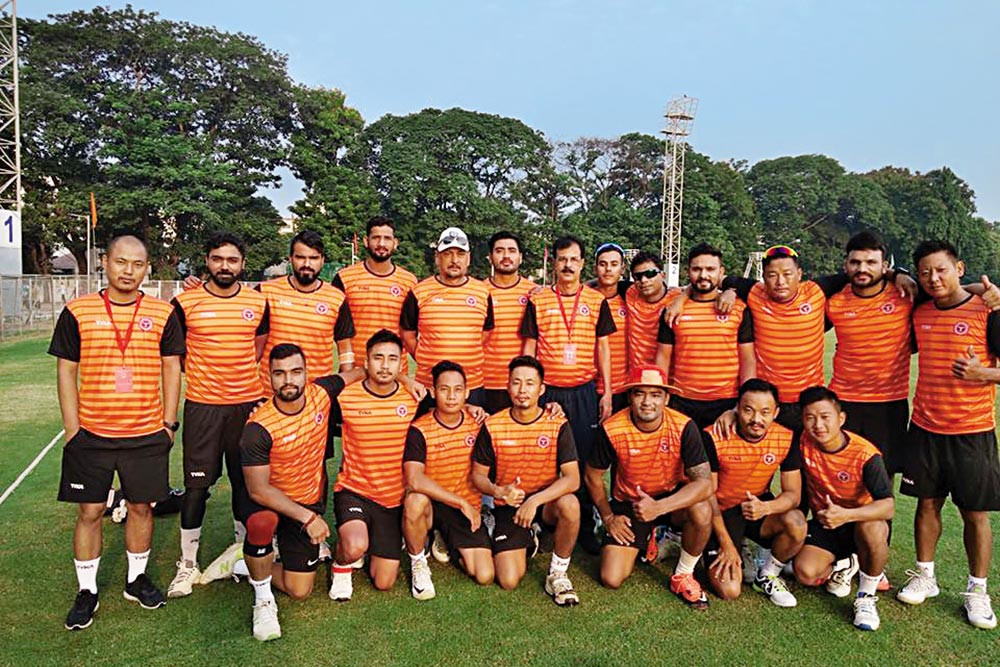 The BCCI allowed the newcomers to pick professionals for tournaments, like older associations do. While Nagaland and others hired ‘professionals’ from experienced states Sikkim was the lone team that decided to rely only on home-grown, local players. “How do we choose players? There’s no list of professionals. So, I thought let the team get thrashed [in the first year]; this way players will come of age,” says Lobzang G. Tenzing, president of the Sikkim Cricket Association.

Tenzing points out how his decision was prompted by last year’s experience—dealing with touts. “We had agreed to take under-19 professionals, but ‘touts’ [middlemen] brought rotten players. How do we go pan-India on our own? We were the first ones to report the touts to the BCCI’s Anti Corruption Unit (ACU). We repeatedly tell players not to fall prey to touts, who emerge in various ways. Some offer to organise tournaments for you, others promise to bring in sponsorship, while some suggest organising exchange camps with other states,” he informs. Tenzing recalls how he had started getting a lot of friend’s requests on his Facebook page, mostly from unknown cricketers. “Now, I don’t accept them.”

Structural impediments are one thing, inclement weather in NE states also posed a problem in teams’ preparations for the 2018-19 season that began in August. “August and September are monsoon months in the Northeast, a deterrent and a challenge for all states. Otherwise, players could have practised more, and more matches could have been played. Then, coaches and support staff joined teams just about 10 days before the tournaments started. What would you do?” wonders Naba Bhattacharjee, secretary of Meghalaya Cricket Association (MCA).

Nagaland and other NE teams have now hired professional players from other states. Sikkim is relying on local players.

Due to the incessant bucketing down and lack of proper infrastructure, for some NE states, the ‘home’ city will be elsewhere. Meghalaya organised tournaments for sel­ecting the Vijay Hazare Trophy team at Barsapara Stadium in Guwahati; Sikkim used the Kalinga Institute of Industrial Technology ground in Bhubaneswar; and Meghalaya probables wielded their willows at the Railway Stadium in Guwahati, as suggested by the BCCI. Other debutant states also had to seek playable surfaces on which players could hone their skills. Apart from finding venues for the new states, the BCCI is also paying the ground rent, besides the fees of coaches and support staff assigned to these teams. Perennially cash-strapped, Northeast states couldn’t have afforded anything without the BCCI’s assistance. It’s germane to mention here that the Board itself is responsible for their plight, as it never provided funds to these states and cast them aside, and who, consequently, weren’t able to rope in sponsors without any chance of showcasing their performances. Now, the BCCI had no choice but to come to their aid, as the order to integrate the nine teams had come from the apex court itself.

Besides, Meghalaya had to fac up to a very peculiar problem recently, when a man with a match-fixing taint on him claimed that his event management company had signed an MoU with MCA for organising a T20 league. The SC-appointed Committee of Administrators that is administering the BCCI, asked the ACU to probe the issue.  Bhattacharjee denied signing an MoU, saying that the association hadn’t even sought the Board’s permission to organise the T20 event.

Many of these teething problems were expe­cted. But the real test—and an occasion und­ou­btedly for joyful pride—for the six Nor­­th­­eastern teams will come when they will don the whites for the Ranji Trophy, the country’s national championship and chief longer-format tournament, that will truly assess their temperament and skill. Those who impress at this high level could hope to go far, and represent India one day. At least, they now have the licence to dream.