Make Sure The Cure Isn’t Worse Than The Disease

Itself the outcome of a bottom-up movement, the Jan Lokpal bill ironically proposes a centralised framework against graft. Without checks and balances. 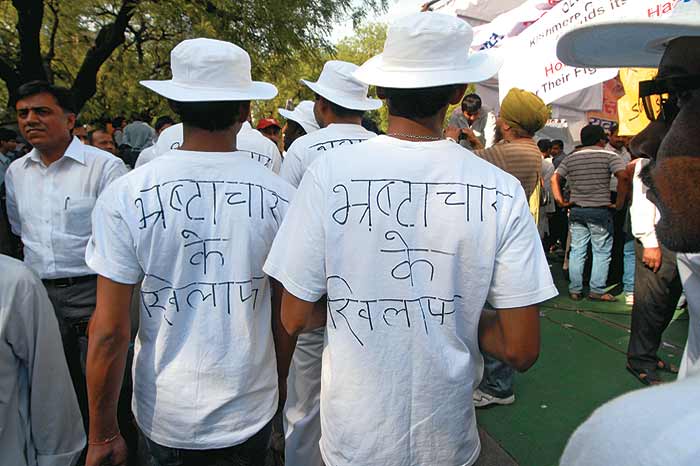 There was never any doubt that India needs a strong Lokpal Act. The protest has paved the way for its enactment. With the exultation over the anti-corruption campaign’s ‘victory’ quieting down, it’s time to take stock. Nuanced arguments—and indeed substance—have to recover lost ground to take the discourse further. Now for a quick look at the happenings at Jantar Mantar. It was a peaceful protest, with both sides behaving well. The police did not enforce Section 144 at India Gate or push the crowds back at Jantar Mantar. Across the country, too, the protest was non-violent. But to call it Gandhian is perhaps difficult when the leader of the campaign advocates death penalty for the corrupt.

It was a five-day wonder, sandwiched by the media between the cricket World Cup and the IPL matches. It brought thousands out from different parts of urban India to support a campaign against corruption. It was encouraging to see people who talk incessantly against corruption in their homes come out on the streets. The irony lay in the fact that many in the middle class who expressed angst are an integral part of processes where speed money, tax evasion and benami transactions contribute to the black-money economy berated so much at Jantar Mantar. With neo-liberal mores of wealth becoming the ultimate evaluation of success, the line between capitalism and corruption has blurred. Nevertheless, the agitation benefited by keeping away from the specifics that produce adversaries and convert slogans into struggles. Fighting corruption can be dangerous and fatal, as many RTI users have discovered. It takes more—much more—than smses to fight the brazenness of corrupt practice. We first need to acknowledge this to bring about real change.