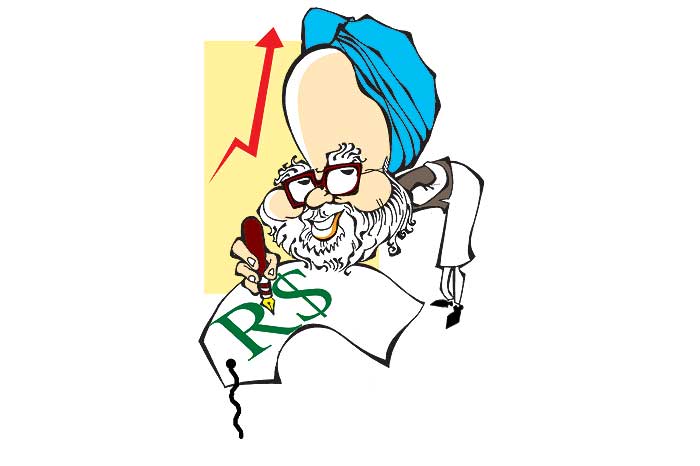 On the sidelines of the G-20 summit in Toronto I met President Obama for breakfast. During the course of the meal I told him India has at last become a ‘dollar economy’. The President was quite perplexed by my remark so I quickly explained. “I am pleased to inform you that everything, even essentials, costs at least a dollar a kilo in India.” The president spread some peanut butter on his toast, took a bite and said rather reflectively, “Hmm...very interesting.” He then took a sip of coffee and wondered whether I would like some peanut butter. I told him I’d rather try it with my rotis for dinner. He immediately summoned an aide and directed him to get me a bottle of Peter Pan with reduced sugar and cream. Later, as he downed his glass of orange juice, he turned to me and suggested something of great import: “Pricing, Dr Singh, why doesn’t India go in for dollar pricing? That will make everything look inexpensive.” As the great American spiritual guru, Gary Zukav, once said—“Reality is what we take to be true. What we take to be true is what we believe. What we believe is based upon our perceptions...now, inflation is just a perception that pinches the pocket. Change the perception and it no longer hurts.”

It took some time for it to sink in. But when it did, I realised that President Obama had shown me the way. With dollar pricing, I could change the entire mindset of Indians. So, if petrol costs just $1.30 a litre (instead of Rs 51.43) it would be far less intimidating. Similarly, cooking gas could be priced at $7.50 a cylinder instead of Rs 345! And dal would only be $2.10 a kilo. Indeed, the possibilities seemed limitless. In fact, on the flight back to Delhi I dreamt about how dollars and cents could change our view of economics—both at the macro and micro levels.