Met The New Boss At The Picnic?

The Gadkari show at Indore: film songs, a welfarist line, a gentler pitch on Ayodhya 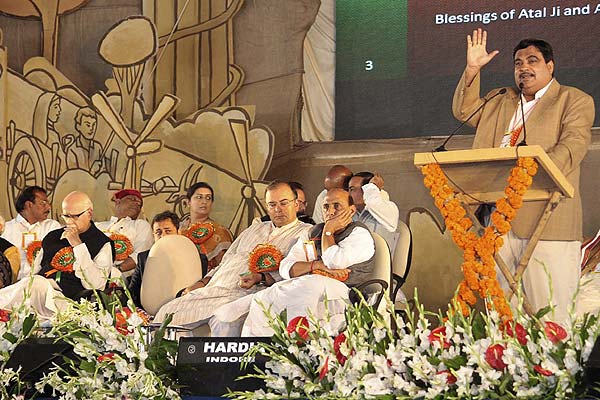 When BJP president Nitin Gadkari decided to burst into song at the party’s national executive council last week, he chose the old classic from Anand—Zindagi kaisi hai paheli/kabhi yeh hansaye/kabhi yeh rulaye (Life is such a riddle/sometimes it makes us laugh/sometimes cry). The new party president has been put up in a tent with a portly Ganesha painted on the entrance in a huge makeshift village on the outskirts of Indore. He is even being driven around in a battery-operated van. The signals are there, the BJP under this portly, genial chief is looking at new beginnings.