Home Society
A Slumbering Past

In a house in old Delhi stay eight people, moored in the past. What do they dream about? A corner of a foreign field that’s forever Anglo-India. 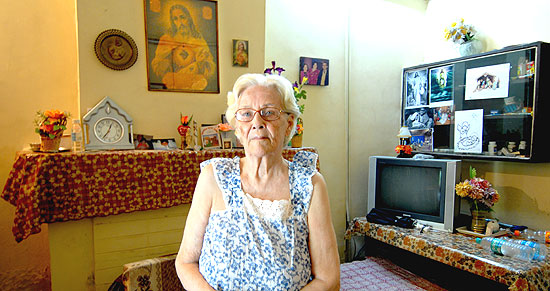 Even next-door neighbours in Kashmere Gate wear a blank look until you’ve mentioned the words ‘Christian’ and ‘old’ a few times over. Tucked away in a side-street between the Red Fort and the Nigam Bodh Ghat, the Grant Govan Homes are the closest you will get to an Anglo-Indian ghetto in Delhi, a city that has never had an Anglo-Indian community, unlike Mumbai or Calcutta. Wander in, and the noise of the city fades away as you find yourself among eight aging Anglo-Indians, each living in a one-room cottage; each without the support systems one needs to survive in the real world; and each eager to entertain you with an oddly lucid narration of a rich, tangled past. Generous donors—including, curiously, a security company, G4S—have equipped their modest homes with refrigerators, televisions and coolers. But ordinary middle-class comforts do not detract from the fact that these are not ordinary lives. Insulated from the bustle of a capital city readying itself for August 15, these proverbial leftovers of the Raj are an incongruity. Even their nostalgia runs the risk of being construed as politically incorrect.

Doris Louis, 83, deplores the foolishness of those who would call her ‘Anglo-Indian’. “I know who I am. I am Irish,” she says. She takes great pride in the fact that her great-grandson, despite having ‘Indian’ blood, has inherited an almost milky-white complexion—the colour of her and her father’s skin. Refusing to buy into post-Independence nomenclature, she says she was born in “Cawnpore”. “But it made no difference where I was born because India was Little Britain then. I think it was just wonderful growing up in those times, but those days will never come back,” she smiles fondly.