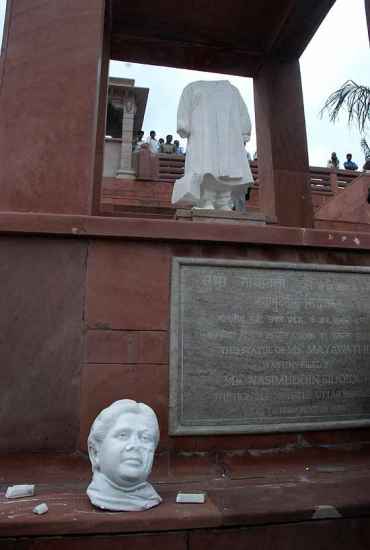 Is it moral policing or plain thuggery? Whether it was the madness in Mangalore last week or the shameful events in Guwahati a month before, vigilante groups are weaving a fresh thread of violence across the country. Most claim to act in the name of ‘Indian tradition’, attacking women dressed in western attire or the partying crowd. However, they are also taking to task those they perceive as being corrupt or unpatriotic. So if the Hindu Jagaran Vedike re-enacted at the Morning Mist homestay in Mangalore what the Sri Rama Sene had at the Amnesia pub three years earlier; in Uttar Pradesh, the little-known Navnirman Sena took out its wrath on a Mayawati statue, calling a live press conference even as they beheaded it, to announce their displeasure with the corruption and scams that had taken place under her chief ministership.