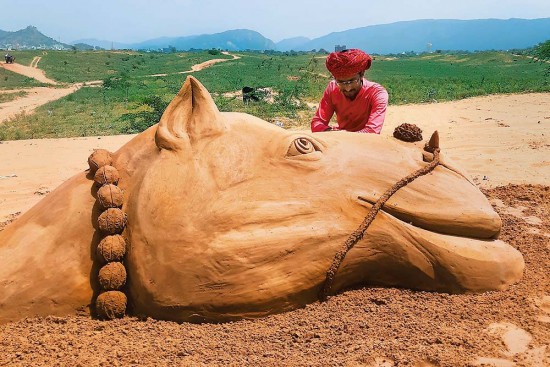 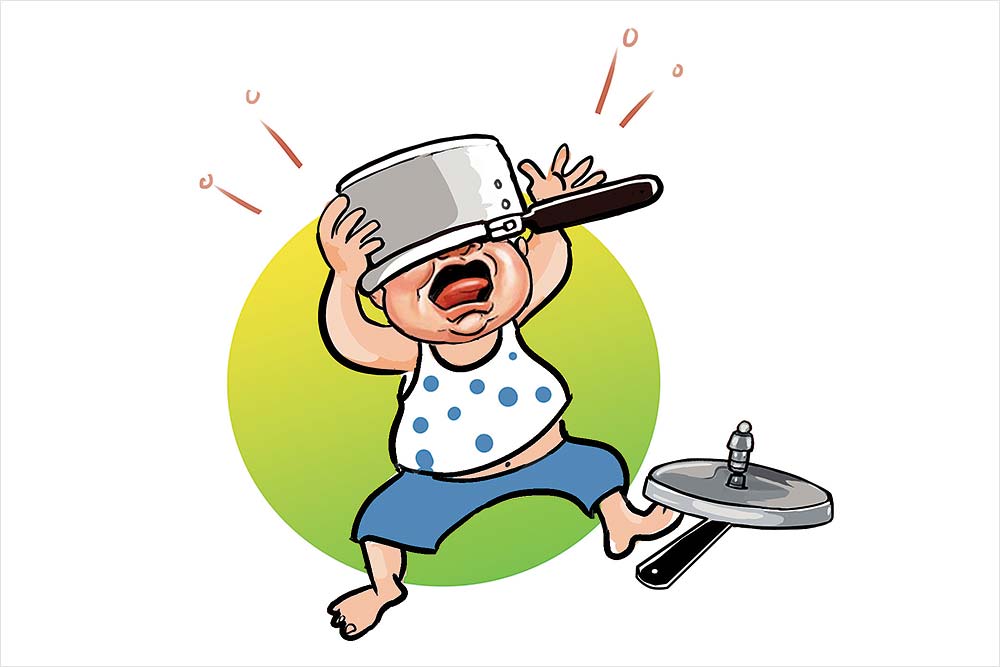 The Way With Accidents

There is nothing a toddler won’t play with—for a one-and-a-half-year-old boy in Agra, it was a pressure cooker. But child’s play became a two-hour struggle for a team of doctors at a private hospital after his head got stuck in the cooker. A mechanic was finally summoned and he cut the utensil with a grinder machine to free the boy of his misery. The lesson: no one can preempt an accident.  Here’s another instance. A man fell to his death in Nagpur when he opened the door of a pick-up van to spit out kharra, a mixture of areca nut and tobacco, and lost his balance. He died of head and chest injuries.

A man was arrested after videos surfaced of him and his associates threatening a Muslim man who sold dosa from a cart on the streets. They were unhappy with the cart’s signboard that read “Shrinath Dosa Corner”. They accused him of offending Shrinath, another name for god Krishna. Calling themselves Kris­hna devotees on a mission to “purify” Math­ura, they damaged the cart, flung the pots and pans, and tore down the sign. The video clip, widely circulated on social media, shows one of the assailers shouting at the dosa-seller that the name would mislead Hindus to eat at a Muslim’s food cart. Another asks why he didn’t choose a Muslim name.

A cafe in Scotland’s capital where author J.K. Rowling wrote some of the Harry Potter books has been damaged in a fire. The Elephant House in Edinburgh suffered smoke and water damage after a blaze broke out at the patisserie next door. Images showed the cafe with its front windows gone, a ruined interior and debris lying outside. The Elephant House is a regular stop for Harry Potter fans and long bore a sign declaring itself as the “birthplace” of the fictional young wizard.  Rowling has disputed that, saying she began writing the magical stories before she moved to Edinburgh. But she confirmed she frequented the cafe while penning some of the seven-book series. 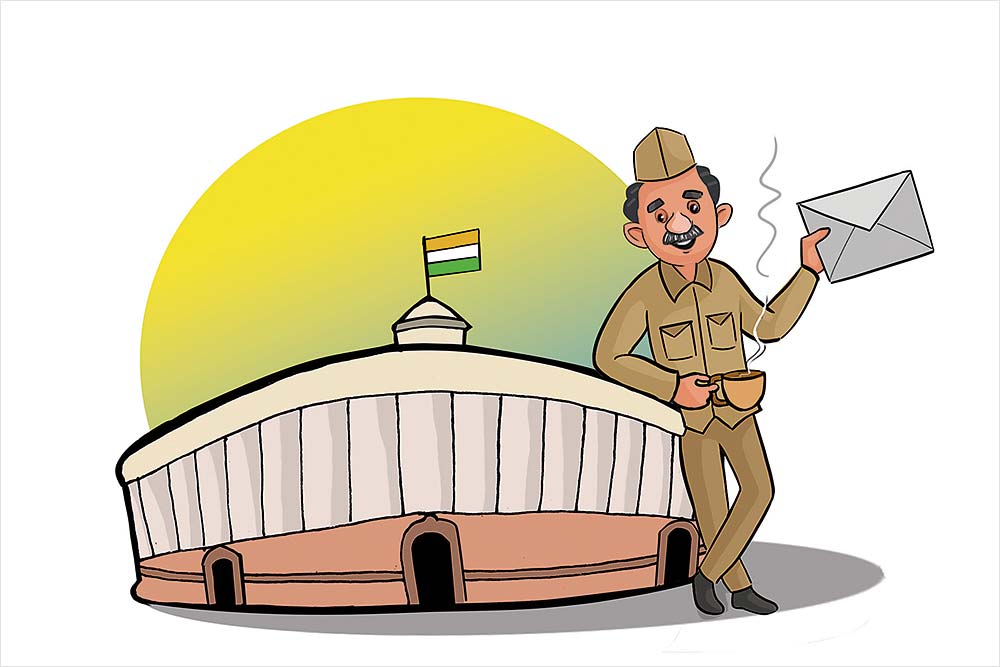 The Parliament Postman Signs Off

Prime ministers changed as did ministers and there were new MPs every five years. But Ram Sharan ‘Postman’, assigned to the Parliament beat, remained a constant—walking up and down the corridors of power for the past 21 years. Right till he delivered his last daak this August-end. When he was posted at Parliament House in 2000, nobody wanted to take the “beat” because of its labyrinthine corridors and seemingly similar rooms and doors. After long hours of walking from one office to another inside the sprawling complex, Ram Sharan says he would take a few moments to sip tea outside the Red Cross building on Sansad Marg and reflect on the day that had been. Much has changed since 2000. Back then, Mondays were the busiest as well as heaviest days—he would put three bags of mail, each weighing 50 kg, in the postal van, which then dropped the bags at the Parliament library. With the decreasing popularity of postal services—as communications entered the email age—the load has now reduced to one, maybe two bags on Mondays. The rest of the week, it’s barely 17 kg. 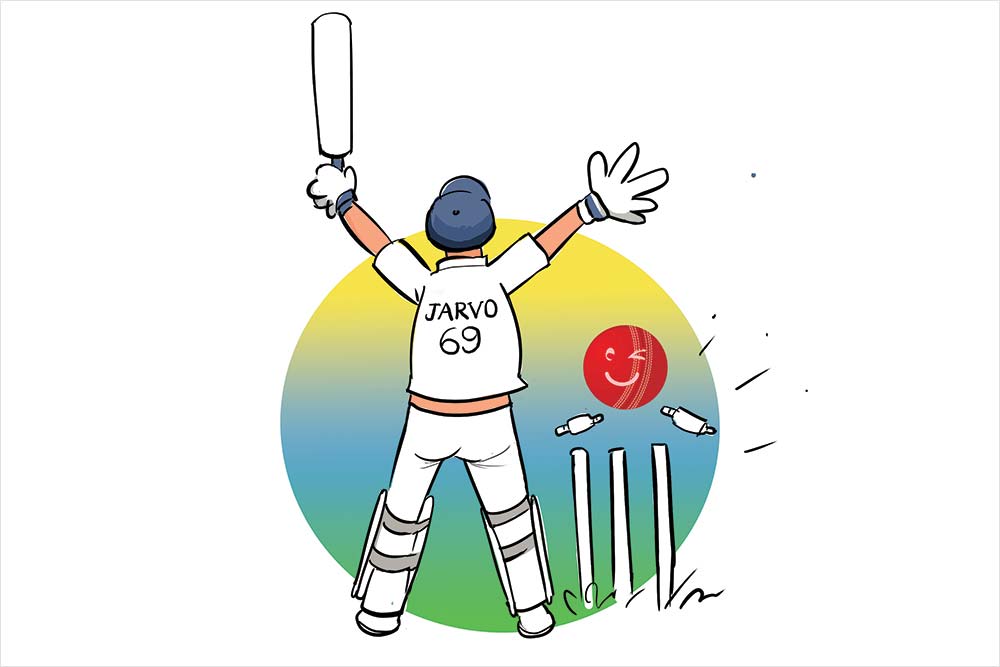 Jarvo 69 Has A Field Day

The intruder wears the jersey Jarvo 69 and he has almost become a regular at the ­latest Test series between India and England. His antics—walking coolly into the grounds and pretending to set the field for the Indian team—has left players, spectators and TV viewers in splits. Ravindra Jadeja and Mohammed Siraj could not control their laughter when the cricket fan wearing an Indian jersey, who claims to be a prankster, was spotted. Earlier, he invaded the field after opener Rohit Sharma was dismissed. He was wearing a surgical mask under his helmet and for a moment no one could tell that it was an impostor, not the next-up batsman.