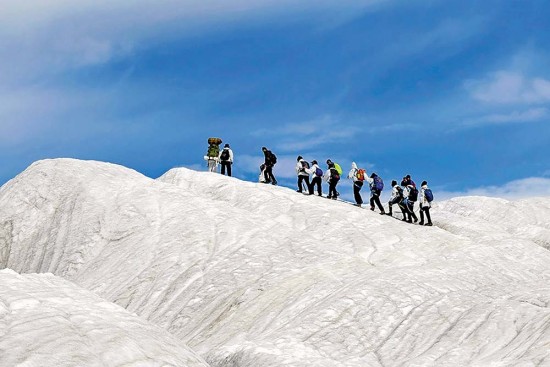 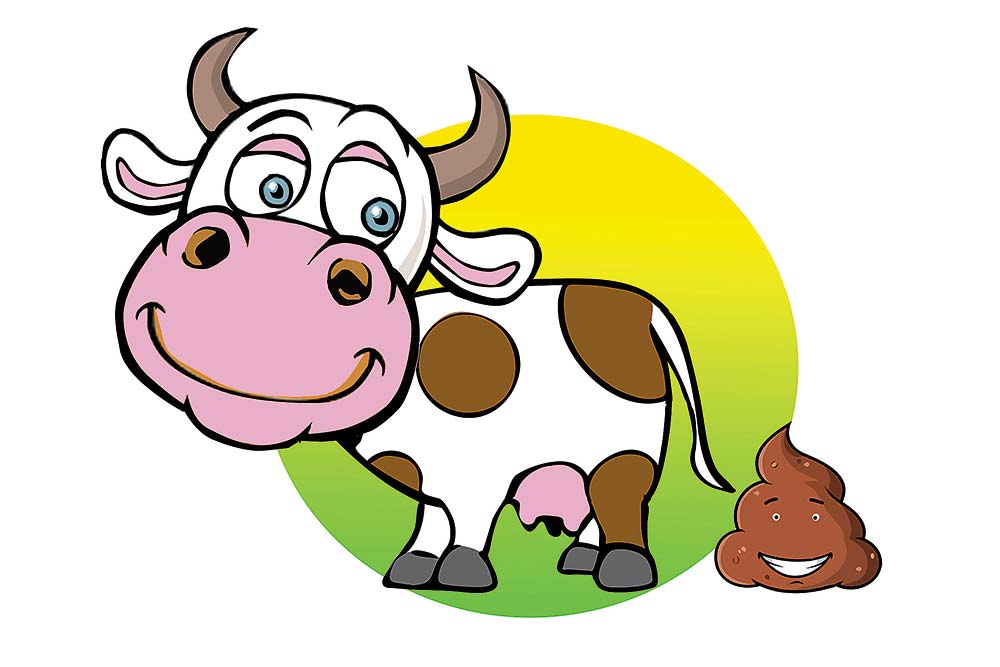 Turns out cows can be potty trained as easily as toddlers. Maybe easier. It’s no bull. Scientists in New Zealand put the task to the test and 11 out of 16 cows learned to use the “MooLoo” when they had to go. Just like some parents, the researchers used a sweet treat to coax the cows to push through a gate and urinate in a special pen. And it took only 15 days to train the young calves. Some kids take quite a bit longer. What started with a half-in-jest question on a New Zealand radio talk show about the very real problem of livestock waste resulted in a serious study. Massive amounts of urine waste pose a serious environmental issue. Urine contains nitrogen, and when mixed with dung becomes ammonia, leading to acid rain and other problems. And cows do pee a lot. A single cow can produce about 30 litres of urine a day. Scientists predicted they could train cows to poop in a certain place too. The biggest environmental problem for livestock, though, is the heat-trapping methane they emit in belches and flatulence, a significant source of global warming.

The tiger doesn’t change its stripes, is it? The black tigers of Similipal in Odisha give the old axiom a lady-or-the-tiger mystery. But finally the puzzle has been solved. Researchers have identified a single mutation in a gene that causes their distinctive stripes to broaden and spread into their tawny pelt, occasionally appearing entirely dark. The Similipal black tigers—found nowhere in the world—may have evolved from a tiny, isolated founding population and are inbred, causing a mutation that gave them their abnormally dark coat. These tigers, called pseudomelanistic or false coloured, were last sighted in 2017-18. 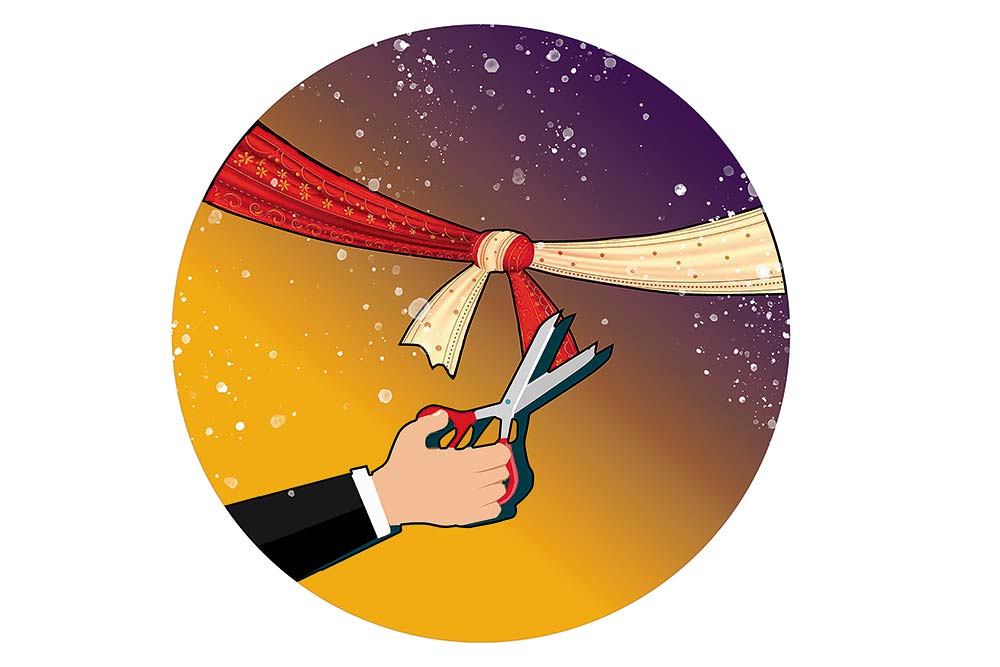 They got married in February 2002 and their marriage lasted all these years, but not quite. It was never consummated and the couple never lived together, even for a day. They went to court seeking an acceptable solution, but all forms of mediation failed. And so, the Supreme Court dissolved the marriage, saying: “It appears there was a crash landing at take-off itself!”  The man, an assistant professor at the time of his wedding, had told the court that his wife walked out on him at the marriage hall, alleging that she had been coerced into marrying him without her consent. Then, why did it take so long for the judiciary to annul the marriage? The top court has an answer. “Irretrievable breakdown” does not exist as a ground for divorce legally, but the SC can draw on Article 142 to do complete justice in certain cases such as this two-decade-old marriage. The court had little doubt this marriage has not worked and cannot work. The option? Article 142. The court used it in another, similar case. The husband, a police officer in West Bengal, married the woman in 1997 under the Special Marriage Act, 1954. The couple reaffirmed their vows in 2000 under Hindu rites and customs. Seven years later, the man filed a divorce suit, alleging that his wife had deserted him. 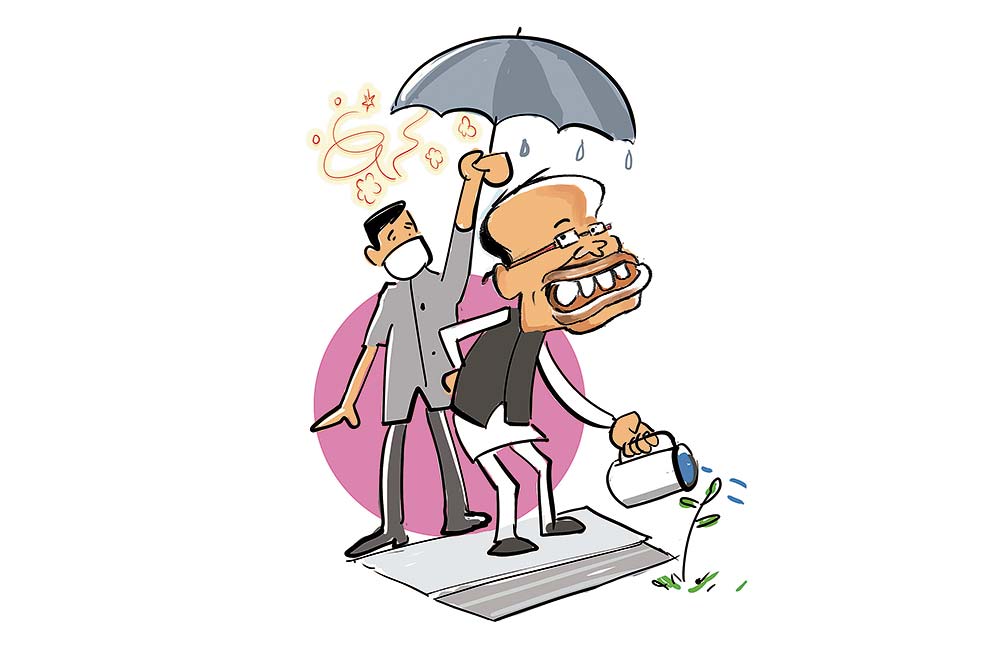 Watering In The Rain

Record rain has dunked Madhya Pradesh this monsoon, but the floods and related human distress aside, the herky-jerky downpour couldn’t keep chief minister Shivraj Singh Chouhan from doing something he is passionate about. Planting trees. Twitter exploded recently when someone uploaded a picture of Chouhan in the rain: he was standing on a two-piece concrete slab and watering a sapling he planted, while a man in a safari suit held an umbrella for him. The Opposition was quick to taunt and mock. And Team Chouhan was quick to respond. “What can Chouhanji do if someone places a tile for him to stand on, and out of respect holds an umbrella to cover him from showers? Despite inclement weather, he plants saplings every day and waters them. Is it not praiseworthy?” an official from his publicity team said.