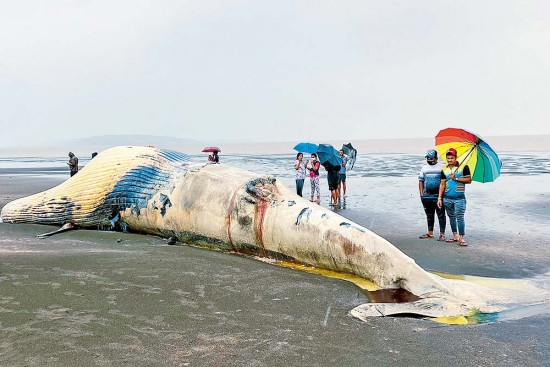 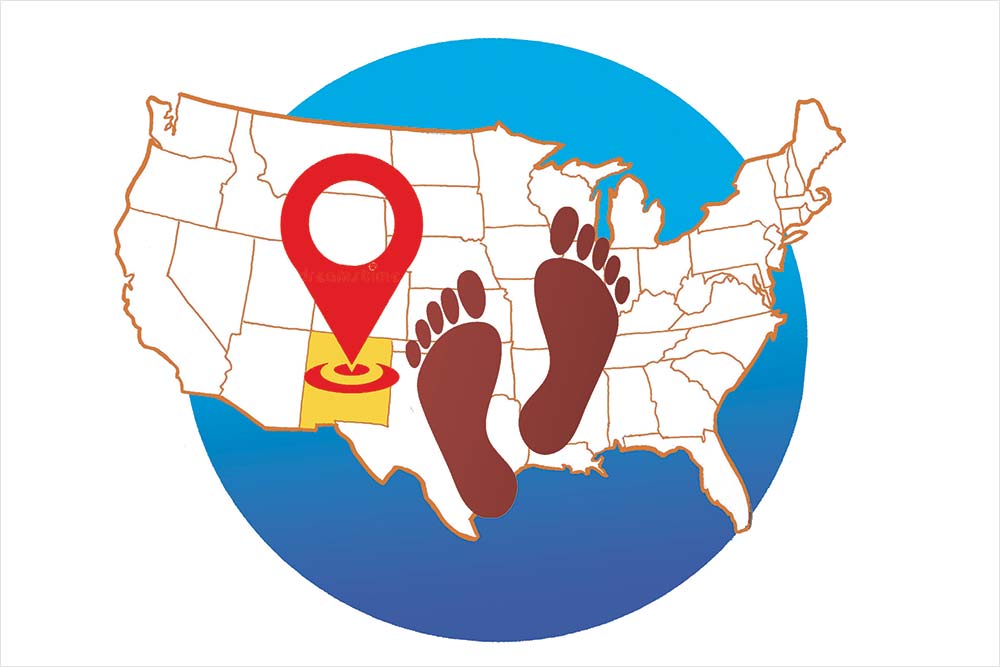 Covered wagons, thirst and hunger, the endless prairie and deserts, and swooping ‘Indians’—Hollywood would have us believe that the 19th century move to the West was an exercise in indomitable willpower. Move over John Wayne—fossilised human footprints found in a dry lake bed in White Sands National Park, New Mexico, now indicate that early humans were walking acr­oss North America about 23,000 years ago. Evolutionary biologists have scratched their heads over this elemental problem: after originating in the depths of Africa and dispersing thence to Asia and Europe, how did homo sapiens arrive in the Americas? Looks like that theory about the submerged land bridge connecting Asia and Alaska is spot on.

Only The Rhinos Knew

Attention, ignoramuses! Scientific advancement doesn’t only consist of theories on electromagnetic fields and black holes. What about such serious studies as a comparative global analysis of bacteria found in spat out chewing gum? Or decoding the range of purrs and mews cats employ to communicate with humans? These are some of the studies this year to win at the Ig Nobel awards, a satirical cer­emony held—at Harvard, no less—to celebrate unusual scientific achievements. Each winner gets a paper trophy and a counterfeit Zimbabw­ean 10 trillion dollar note. The people’s favourite this year: An African study that concluded that it’s safer to transport a rhinoceros upside down! 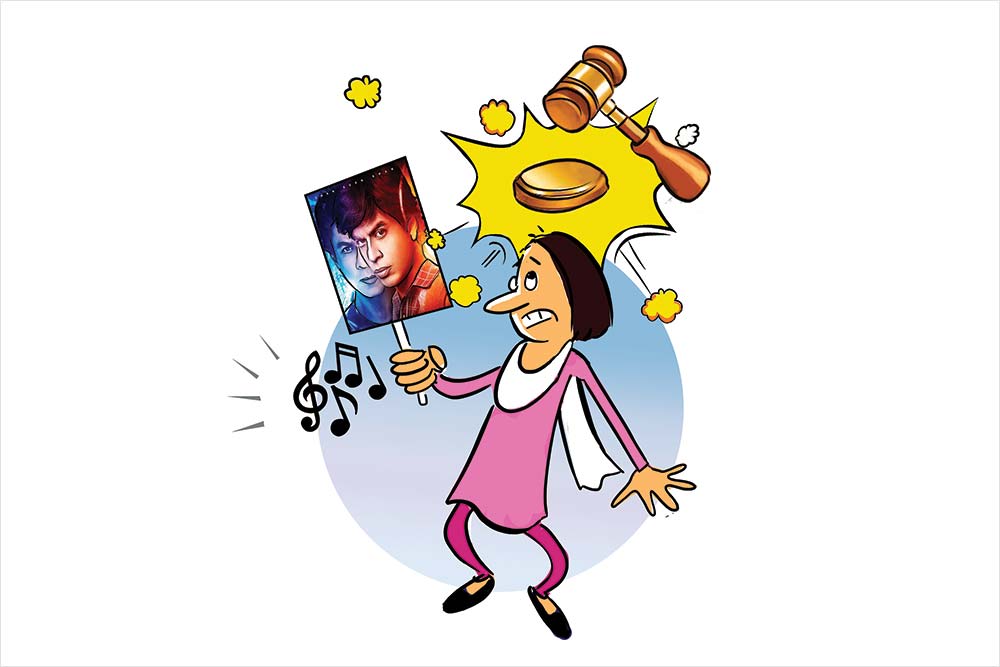 Case Of A Vanished Song

Who says the hip-swinging, wolf-whistling, coin-chucking movie fan of olde India is now vastly outnumbered by popcorn chewing hoi polloi taking in the finer points of realistic storytelling? Consider the crushing disappointment of Afreen Fatima Zaidi who, well enticed by a song featured in the trailer of the Shahrukh-starrer Fan (2016) went expectant to the theatre. But alack, the promised ditty was nowhere to be seen. When a complaint filed by an irate Afreen was not entertained at the district con­­sumer court, the undaunted lady approached the Maharashtra Consumer Commission, which directed Yash Raj Films to pay her Rs 15,000 as compensation. In spite of the producers crying that such absence was common practice, the National Consumer Commission upheld it in 2020. YRF pressed on obs­­tinately. Now, the Supreme Court has stayed the order. Meanwhile, the case will continue. This song is a long one. 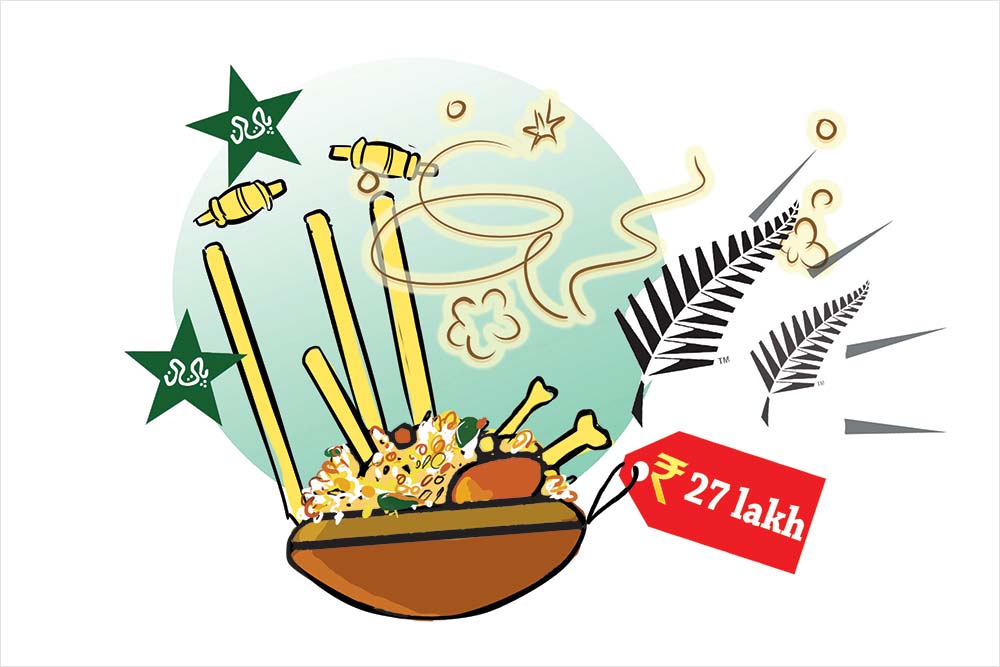 Eat In, Eat Out

As the New Zealand cricket team toiled at the nets ahead of its planned ODI series against Pakistan, biriyani rained down all around in buckets and platefuls. After the sudden shock of the Black Caps’ hasty withdrawal from the series, the Pakistan Cricket Board is trying to digest another enormous financial tremor that would no doubt leave them scraping the bottom of the barrel. It comes in the form of a Rs 27 lakh food bill, incurred when the 500 police officers deployed to provide security to the Kiwis indulged in their food of preference—biriyani. Twice a day. Day after day. Would that not have hampered their operational abilities? No wonder the Kiwis took fright.

Not just a robust police bandobast or the fiercest invigilators, candidates appearing for the Rajasthan Eligibility Examination for Teachers were held in such degree of distrust by authorities singed by past infractions that they shut down internet services in vast swathes to curb tech savvy knaves. But the cheats weren’t backing down in the teeth of such minatory frowns. Scores of dummy candidates, besides the usual rogues’ gallery of frauds and plain cheaters, were caught trying their hand at imposture. The proverbial cake—should we say top marks—was won by two aspirants found wearing slippers fitted with a small Bluetooth device connected with a SIM card. Another plugged in a similar gadget in his ear. The exam takers and their ‘gang leader’ overlords were taken into custody. We demand a reward for the eagle-eyed officers of law who got ’em.