I wish I had stayed in journalism. I would have blasted the saffronwalas who managed the Delhi polls. 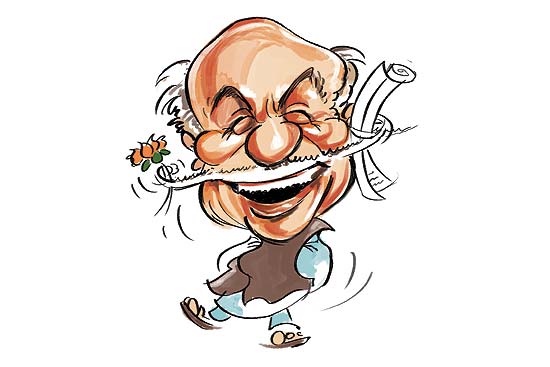 Life is full of surprises and, of late, most of them quite unpleasant. Like, for instance, the three-seat drubbing for the BJP in the Delhi assembly  elections. I wish I had stayed in journalism where, if I’d still been editing the Telegraph, I would have blasted the saffronwalas who managed the Delhi polls. Particularly, the ex-cop who knows everything except to win elections.

So what? I ask myself. Today I feel like Jawaharlal Nehru the day he finished his Discovery of India. Well, now I have finished my own discovery of India and everyone is talking about it. Do you know that India is the only country where you can get up in the morning, hear the azan, followed by temple bells nearby, the paath from the gurudwara, and the sound of church bells (provided  the church was not vandalised by you-know-who). No other country in the world allows this kind of freedom, which should be protected with a sense of responsibility. The problem is that when we latch on to something we never let it go. So did the recent Tollygunj debate on ‘Should freedom of expression be an absolute right’.  Why not? Even in Calcutta, there is no Left to speak of. The enlightened audience and the more enlightened speakers spoke of Charlie Hebdo cartoons, Tamil writer Perumal Murugan, and the woman editor forced to go underground. The debate ‘Converse’ (why wasn’t it called ‘Shout’?) from which I emerged the hero will be remembered by Calcuttans, World Cup or not.