“Modi Is A Pragmatist... He’ll Project Only To Win.”

Chai pe charcha on one year of the Narendra Modi government in India's wheat bowl. 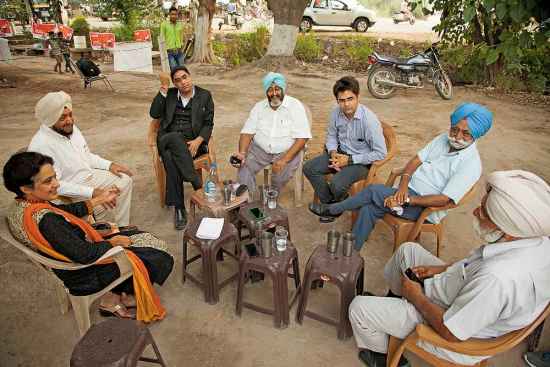 Rana Doodh Wala Dhaba does brisk business in the semi-rural outskirts of Chandigarh, in an area that has for long been on the radar of land sharks. His speciality is doodh wali chai—a typically Punjab concoction that involves boiling tea leaves with thick milk and sugar. This week, as he hosted a diverse group of thinkers and professionals in his mud-plastered yard, surrounded by fields and a noisy link road busy with farmers taking produce to the markets, Rana listened in to a chai pe charcha on one year of the Narendra Modi government.

Consensus on anything that Modi does is rare, but as the charcha swirled, there appea­red to emerge a grudging admiration, even from his strongest critics, that the prime minister has got some things right—for ins­tance, his foreign policy initiatives, designed to enhance India’s position as a regional power, and his economic diplomacy.There is appreciation for campaigns like the Swachh Bharat Abhiyan and Modi’s avowed stance against corruption. But some feel such grandiose enterprises are doomed to fail because people fail to walk the line with him on this. “The question to ask is: How have we, as Indians, responded to these well-meaning initiatives?” says Manmohan Singh, who set up the iconic Aroma, Chandigarh’s first hotel. “Corruption,” he says, “has become more expensive during Modi raj.”