Despite our playing talent we lack that vital something in the head. 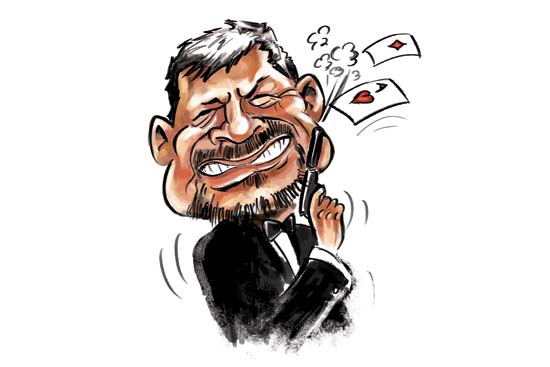 Flying back home from Sydney. Earlier than expected. Should be with the team which I had selected for the World Cup but Allah willed otherwise. In this case, though, the Pakistan cricket Board (PCB) was more to blame. Pakistan cricket is unique, you wish to do something for the team and you end up thrown out. You could be a senior or junior player, captain, coach or manager, that is the story. We suffered two losses, but the one against India was unacceptable. My days being numbered, I thought of a new off-the-pitch strategy because on the pitch we play like schoolkids. Why not adopt the James Bond strategy? Not shooting down your opponents but adopting strategies from the card games. I am just a mediocre cards player but from the Bond books I learnt a lot. But one of the experts told me I had to watch lots of card games and learn from them. This was not possible at home where even the possession of a pack of cards could send you to jail. In Australia, I could gamble without fear or watch card games and learn from them. I chose a casino which also ser­ved food and was watching the game quietly. Obviously, the team management spied on me, caught me near the cards table, drew the wrong conclusions and sent me home. This was typical of the Pak team management.

With my long experience, I know that despite our playing talent we lack that vital something in the head. So we lose matches which we should win easily and sometimes win matches which  we did not des­erve to win. Cricketing brains! Yes, that is something we do not have. Haven’t you seen the Akmal brothers batting or keeping wickets, doing bizarre things; Shahid Afridi may be a good allrounder but he too belongs to this category. Slightly off his head, which is reflected in his game. And our running between the wickets has now been ado­pted by the Japanese as an effective method of hara-kiri. Our PCB or senior players never learn this. Misbah no doubt is considered steady but why does he bat in a one-dayer as though it is a Test?