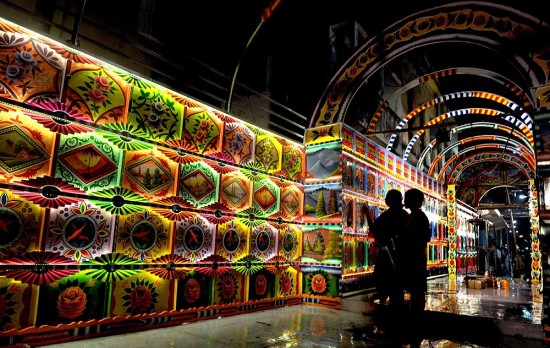 They have turned busy neighbourhoods into a slice of rural Bengal—by a simple expedient of digging up busy Calcutta streets and planting banana trees—and their sea­rch for startling ‘themes’ has touched all things quotidian, from cricket bats to biscuits. But the Navin Palli Shar­ba­janin Durgotsav at Hati Bagan, in north Calcutta, has surpassed most in the breathtaking pursuit of a stupendous Durga Puja. The puja committee, which has been putting up pandals since 1924, has invi­ted Pak­ist­ani truck painters—practitioners of a unique pop art form marked by brilliant colours and decorative patte­rns—to come and create its pandal. The expected lines about fraternal spirit issue forth from com­mittee member Dipta Ghosh, but he puts his finger on it: “No puja in Ben­gal has ever had Pakistani artists take part in creating the artwork.” For, in truth, it’s partly the shock effect—of the fact itself and of the aesthetics—that creates a piquancy here.  Domains and concepts that would normally clash are juxtaposed: Paki­stanis and Shakti worship, trucks and the div­ine, Frontier aesthetics and Bengal. This is the furthest it has come: the restless, outbound quest for singularity in pandal artwork, which is only a few decades old, fuelled as it is by hefty corporate sponsorships in the age of TV publicity. 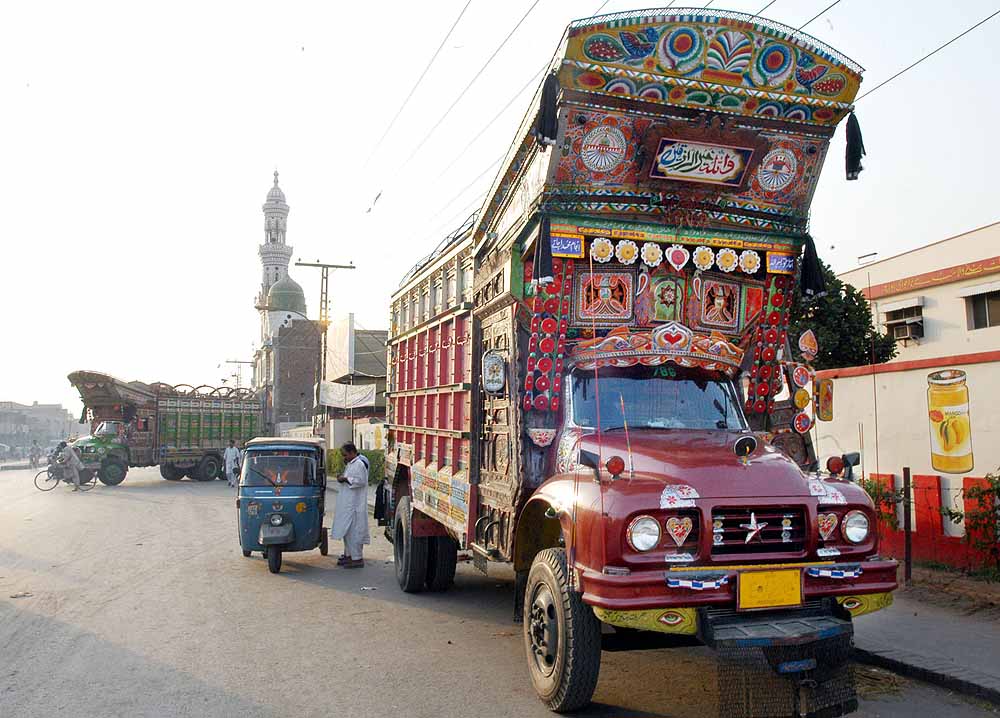 The idea of inviting Pakistani painters came via artist Gopal Poddar, who spotted an article on Pakistani truck painting on the internet. Unlike their drab Indian counterparts with their overused exhortations and tailgate doggerel, Pakistani trucks and buses are att­r­actively decor­ated: new trucks are sent to painters who  custo­mise according to taste or region. Considered jingle art, the various parts of the truck or bus are fairly blanketed with motifs and colours. “It’s an expensive process,” expl­ains Hyder Ali, chief of the three Pakistani pai­nters, “but it is a matter of pride and good fortune, so everyone does it.” Indeed, Navin Palli is spending `30 lakh on the project. The puja—which Ghosh says is part corpor­ate-sponsored, part donat­ion-based—had to be planned in detail. “We had tied up with iccr and getting visas for our guests was no problem. Since Sep­tember 3, they have been painting parts of the pandal.” The Pak­­­i­st­anis’ visas, due to expire earlier, was ext­ended promptly when requested, so that they could stay back for Durga Puja. 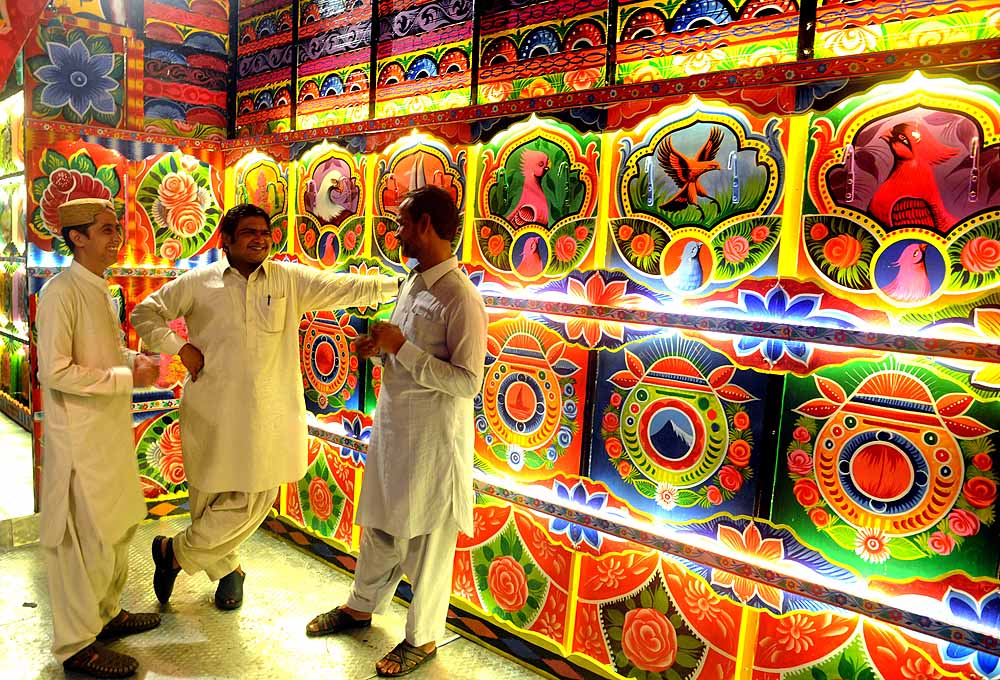